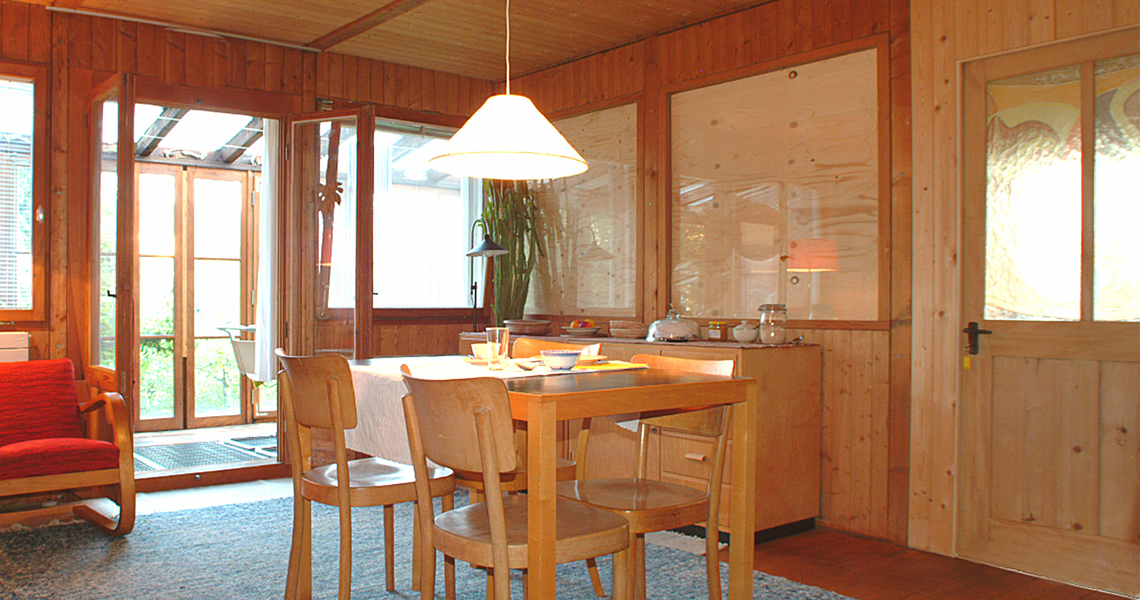 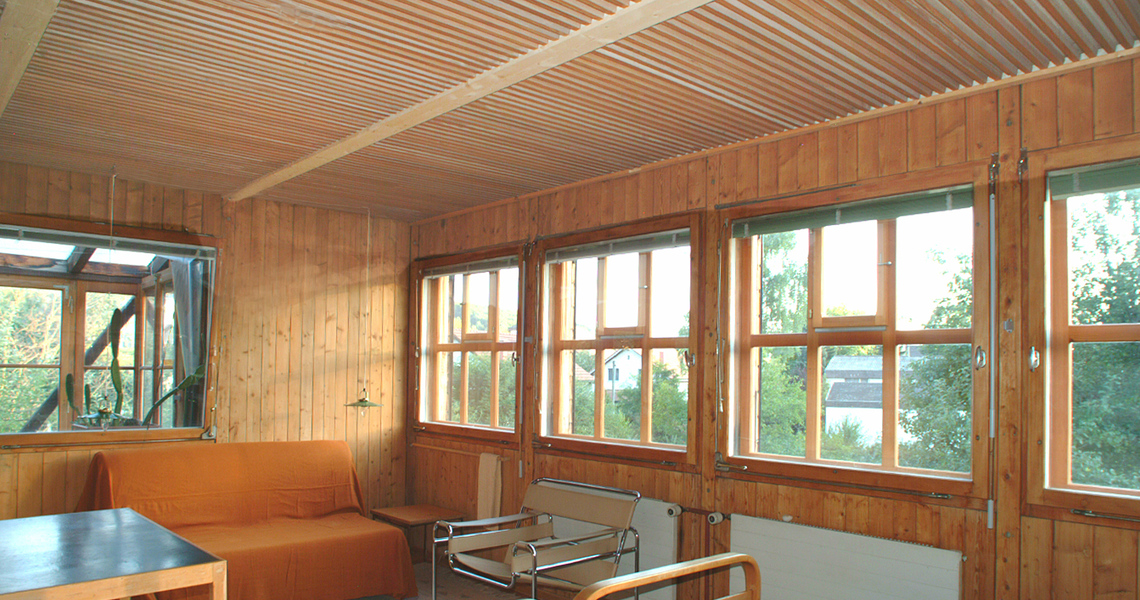 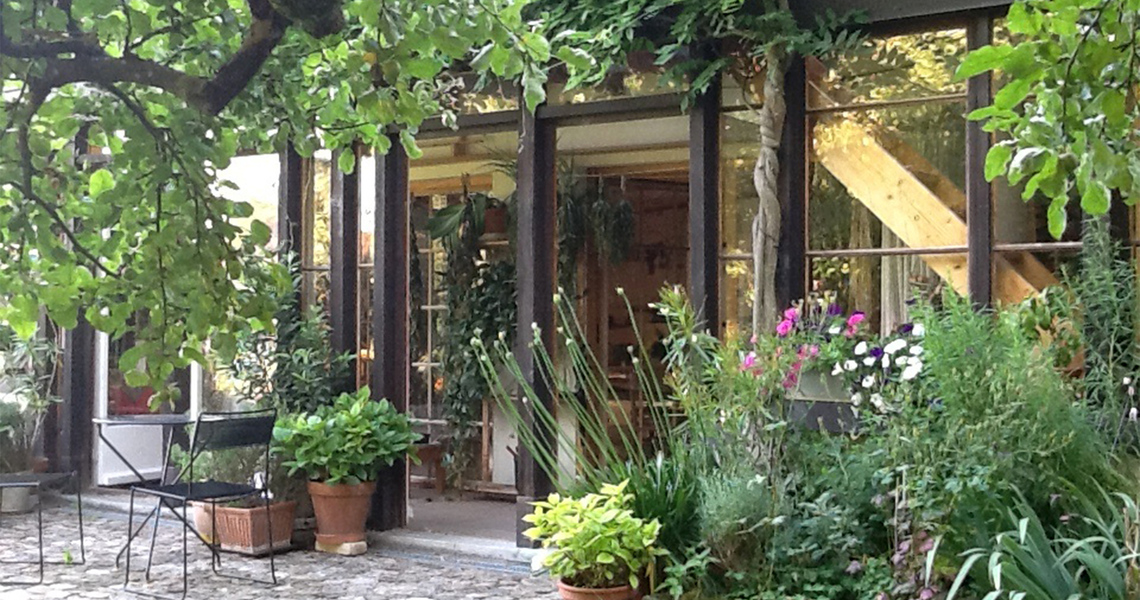 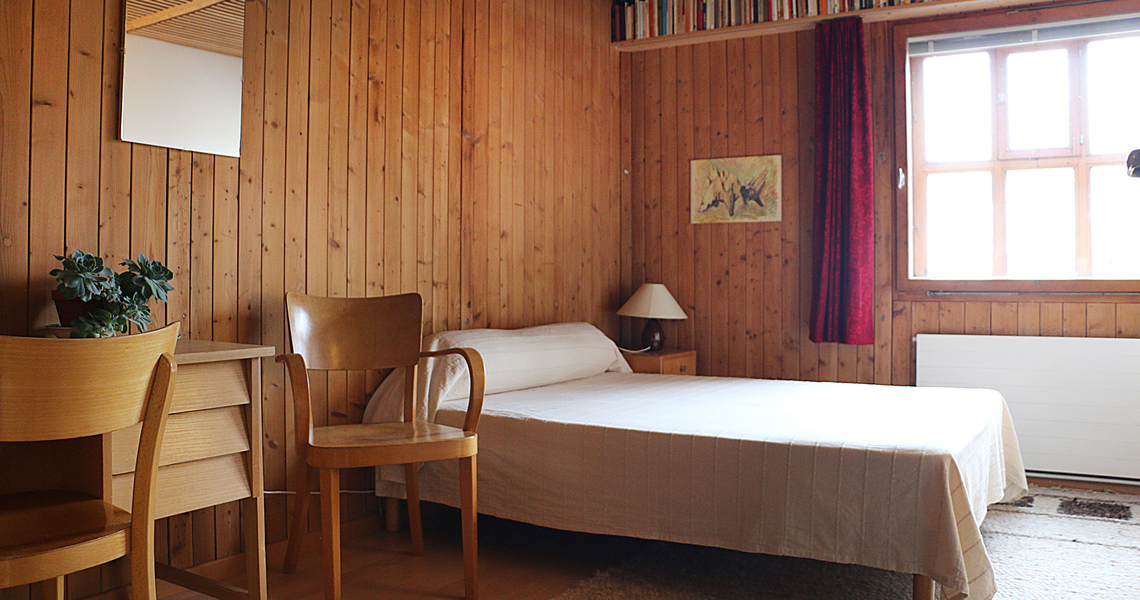 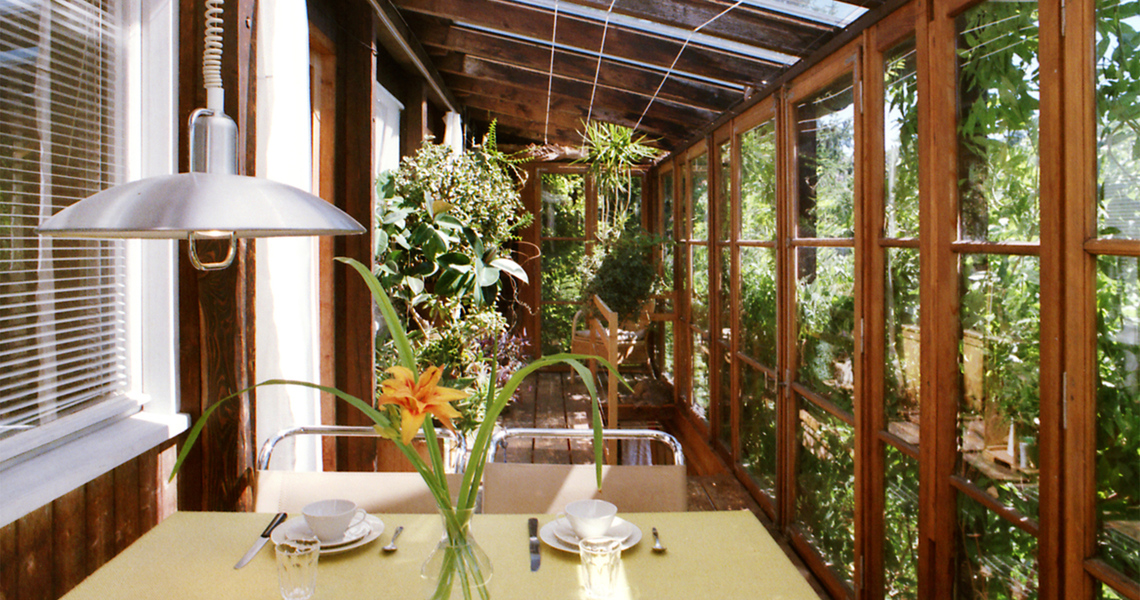 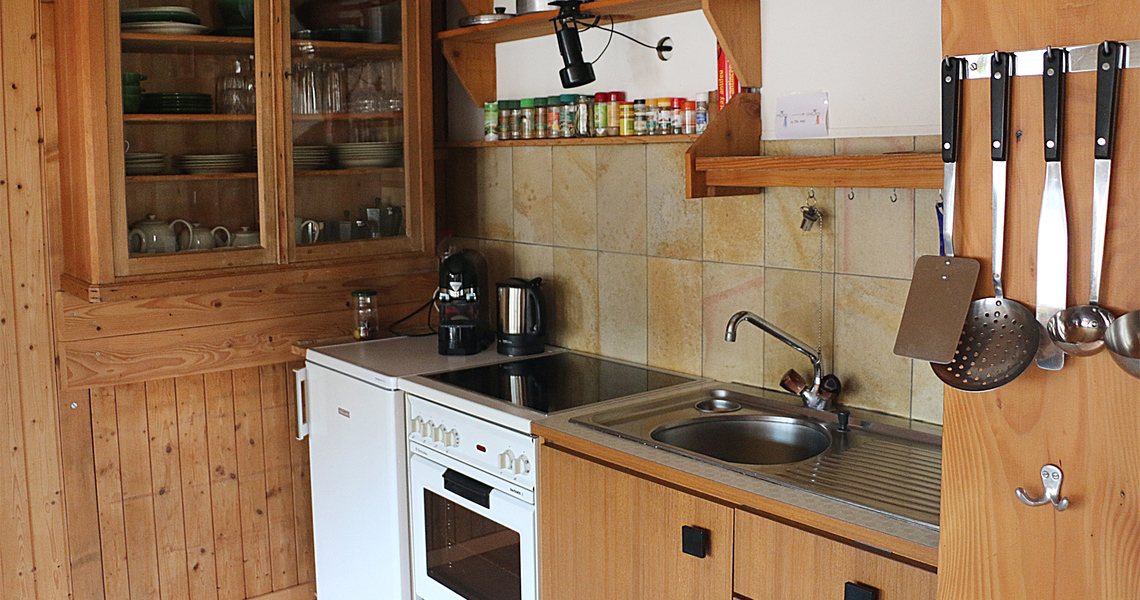 When an architect needs a house, she quickly builds one for herself. One could think. But you need a small fortune to build in Switzerland. And so it started with an inexpensive wooden house that Irene Hupfer wanted to put somewhere on the edge of the forest to live in with dogs and cats.

But she was not allowed to do so, but building land was needed. And then the construction requirements had to be met. Basement and foundation were mandatory. When you were there, a brick ground floor and the wooden house were raised to the first floor. Nevertheless, the size and shape of the house remained the same; it was built almost exclusively from recycled old components from other houses and for long distances by Irene Hupfer and her father alone.

Since the resulting house was too big for Irene Hupfer alone at some point, the upper apartment was converted into a guest room with a shared kitchen and simple bathrooms. In the beginning there was little understanding in the village due to the appearance of the unconventional wooden house. But, as is well known, one can argue about taste. Over the decades, wisteria and other climbing plants have grown widely in all directions and the garden has become a densely overgrown paradise with many cozy seating areas. A beautiful place.

ArchitectureMaking a virtue out of necessity - this is how Irene Hupfer built a house with little capital, a piece of building land and an old barrack. She had active support from her skilful father and from artisans who had little time for her, but could quickly explain to her how something works. So step by step and despite many difficulties, a house was created that developed around the resident rather than having to adapt to the house. The building barrack stands on a brick ground floor. On the long side, there is a winter garden over the entire height, which consists of the old windows of a demolition house, like almost all other components, from the sink to the wall paneling, doors, tiles and tiles to the furnishings. When building, the architect first had to free herself from what she had learned and the arrogance that some modern architects have towards unconventional ways. But at some point Irene Hupfer became aware that, despite everything, even a house like hers is “architecture”.

FoodBreakfast, which can be prepared on request, is made up of as many organic or other regional foods as possible. By the way, the hostess is an experienced cook of wild plants and produces a self-distilled that can cure a lot.

EnvironmentSustainability is connected with the creation of the house: self-construction with lots of recycled components. Thermal insulation works by skillful planning of the rooms, which are arranged in an onion system. Heated lounges in the middle, only moderately warm bedrooms around the outside, unheated utility rooms on the outside walls and the large conservatory on the entire long side of the house. All windows are double glazed and a front window can be used in winter. Rainwater is drained from the roof in a large pool. A wood central heating is available at KellerD. It is operated with wood from their own forest or, if it is not enough, from the wood traders in the village. Behind the house there is a large wild meadow where sheep graze. The 13 fruit trees are not treated either.

A regional train to Dornach runs from the main train station in Basel. From there there is a bus connection to Hochwald. The journey takes about 35 minutes in total. The bus stop is about 200 meters from the house. Upon request - especially in the evening - a pick-up service in Dornach at the train station is possible (with prior registration)