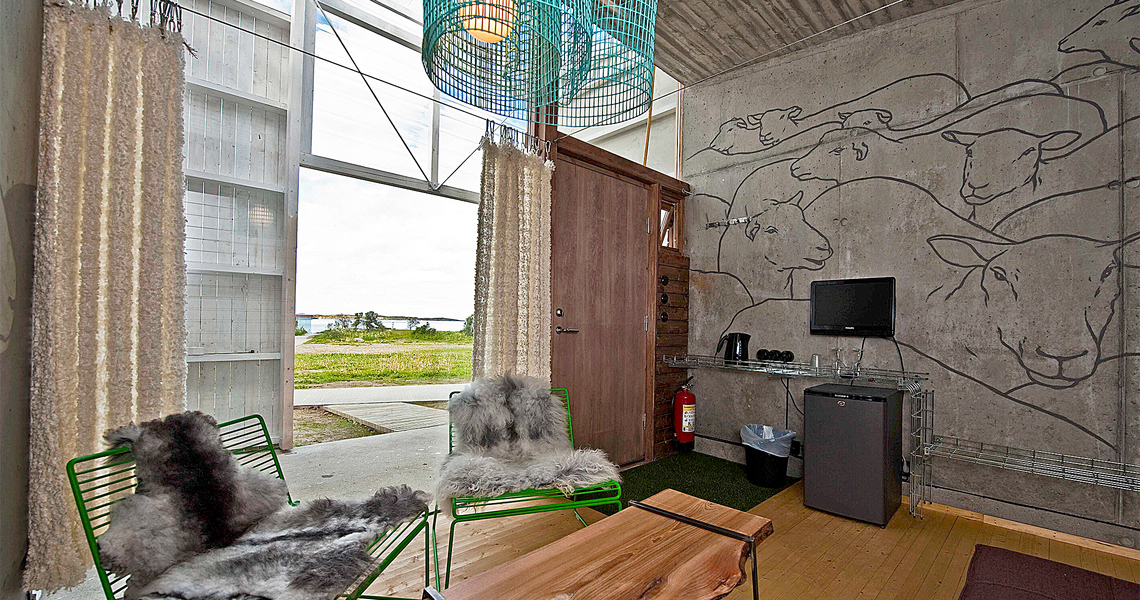 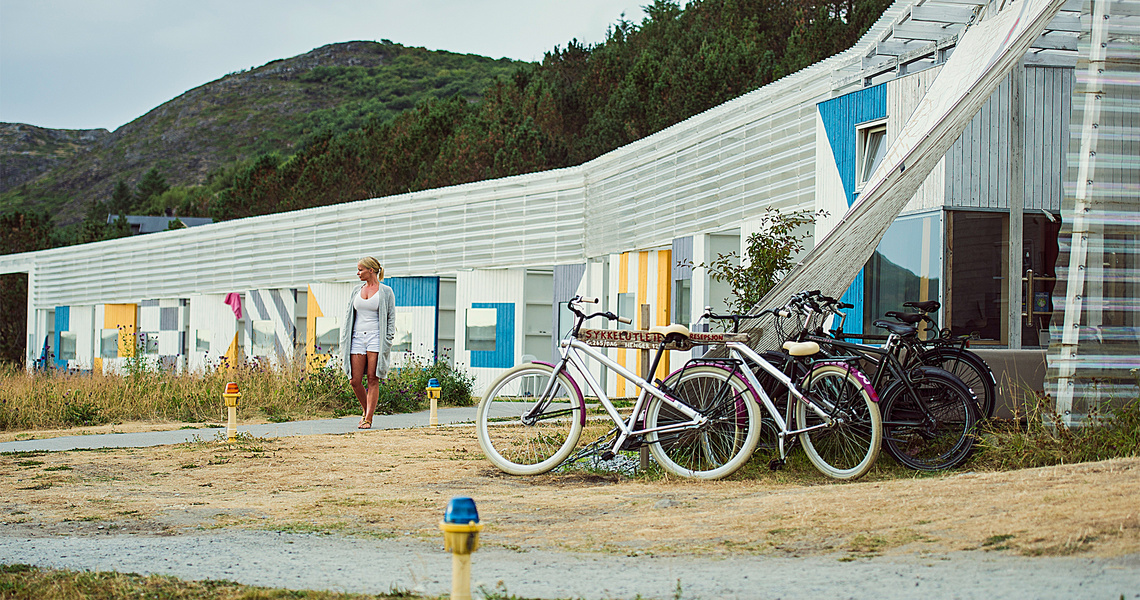 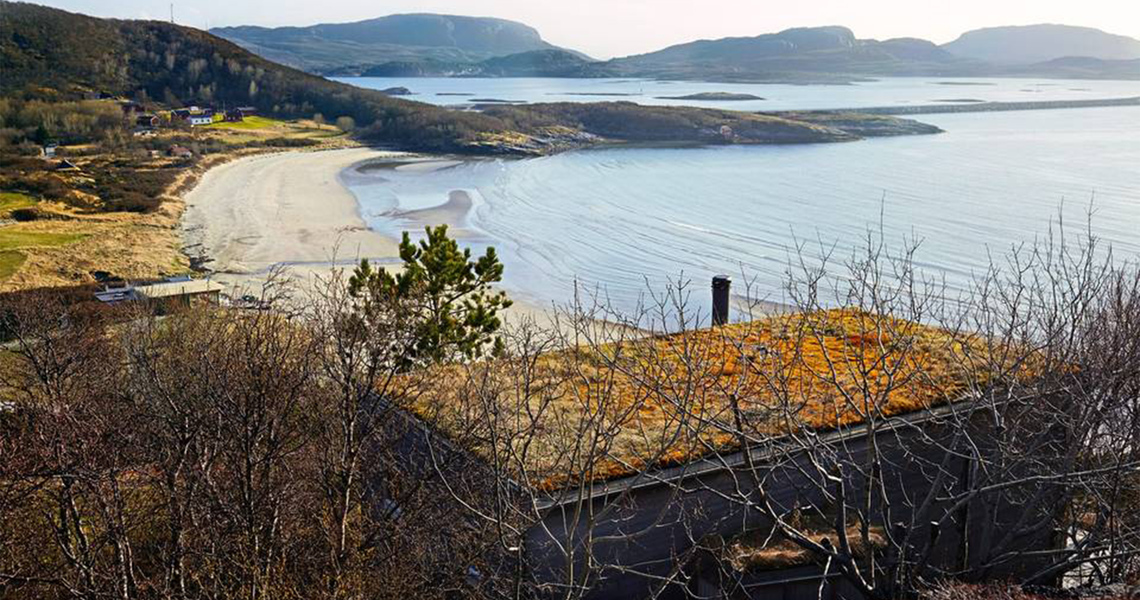 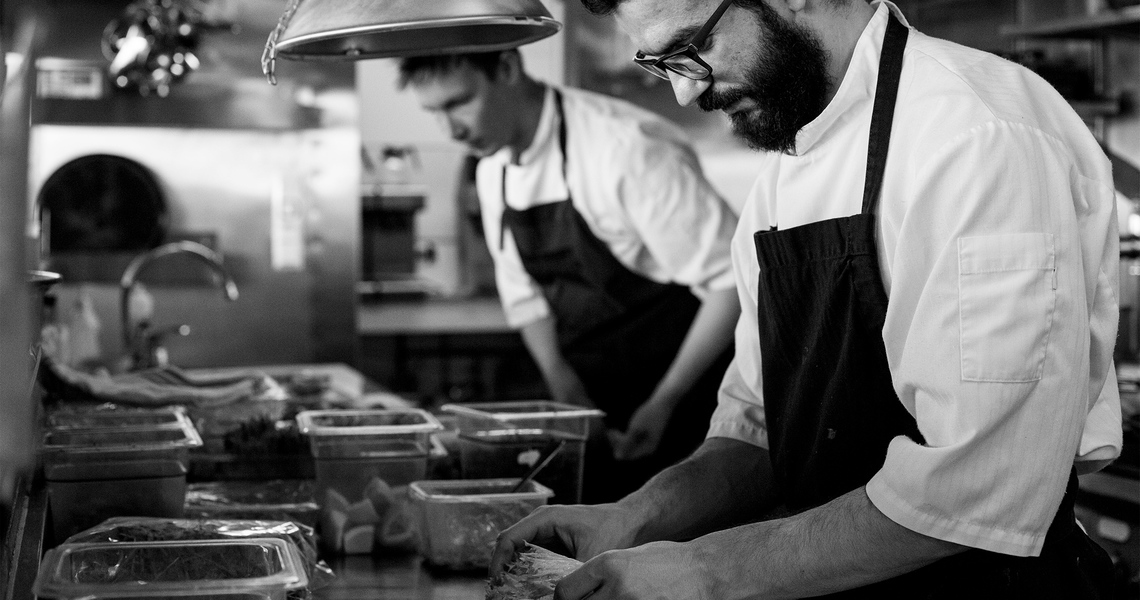 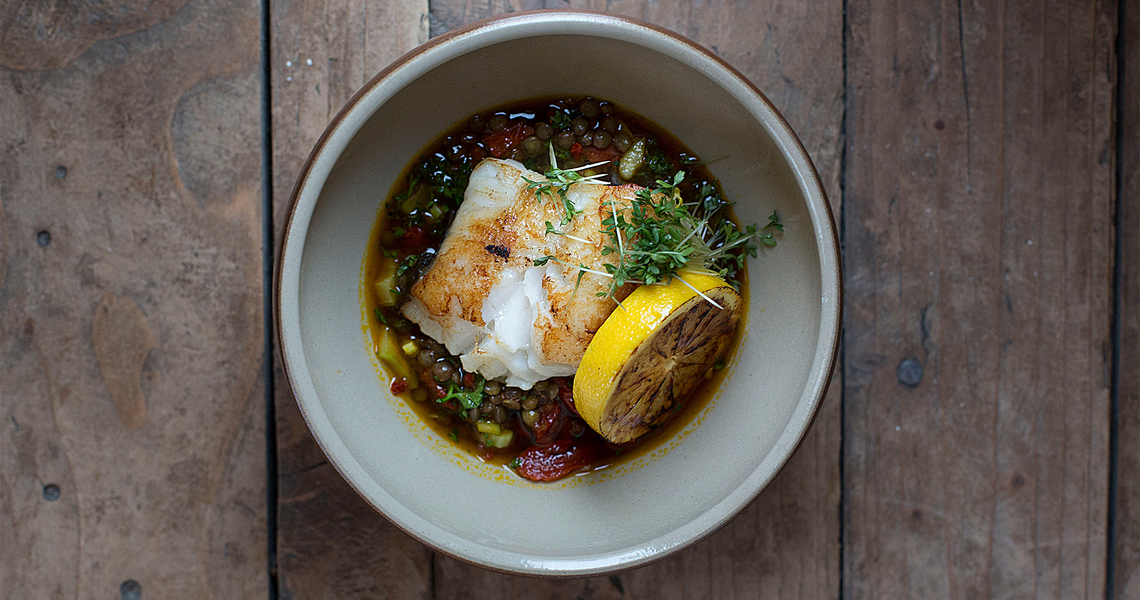 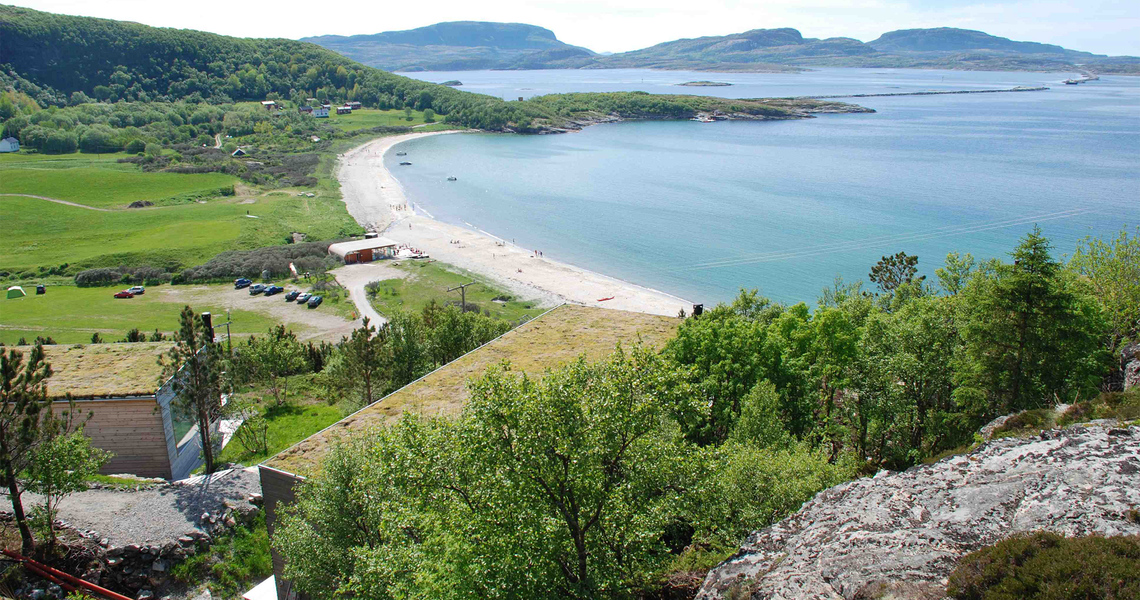 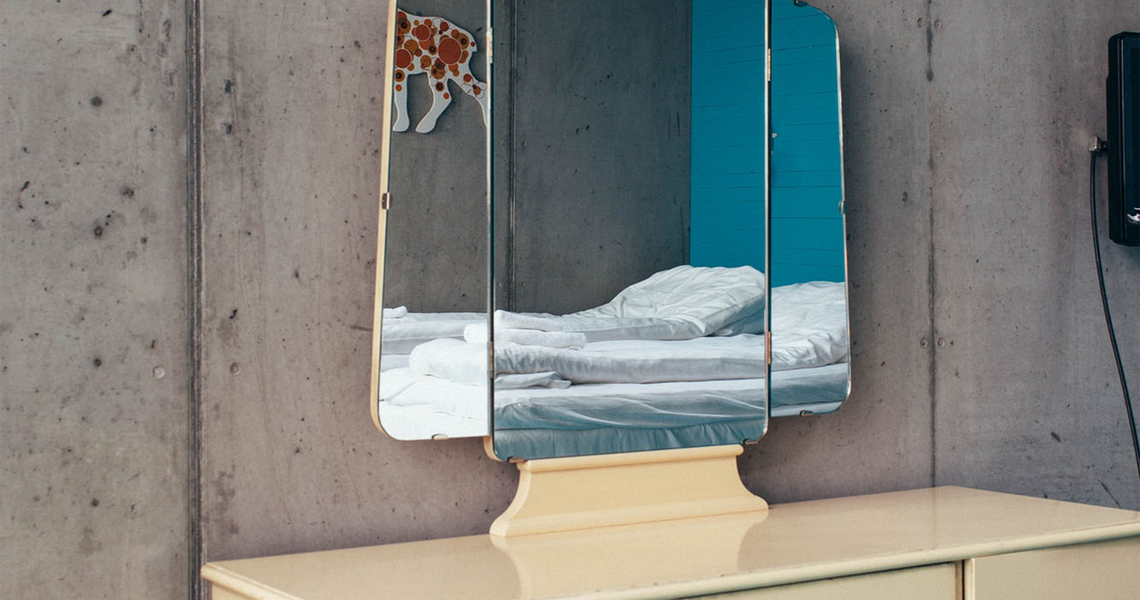 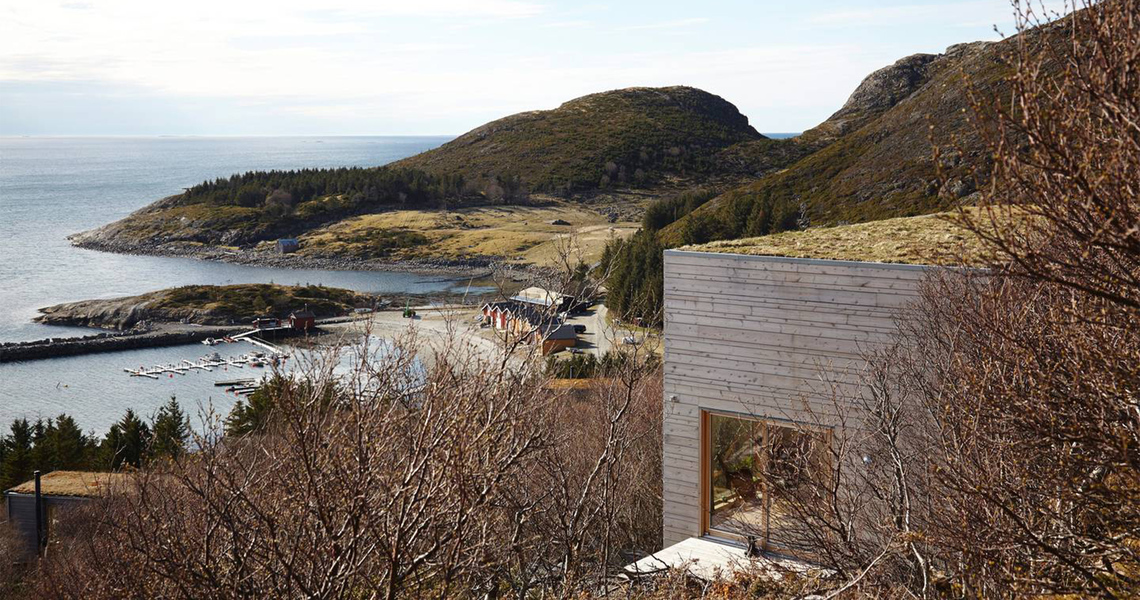 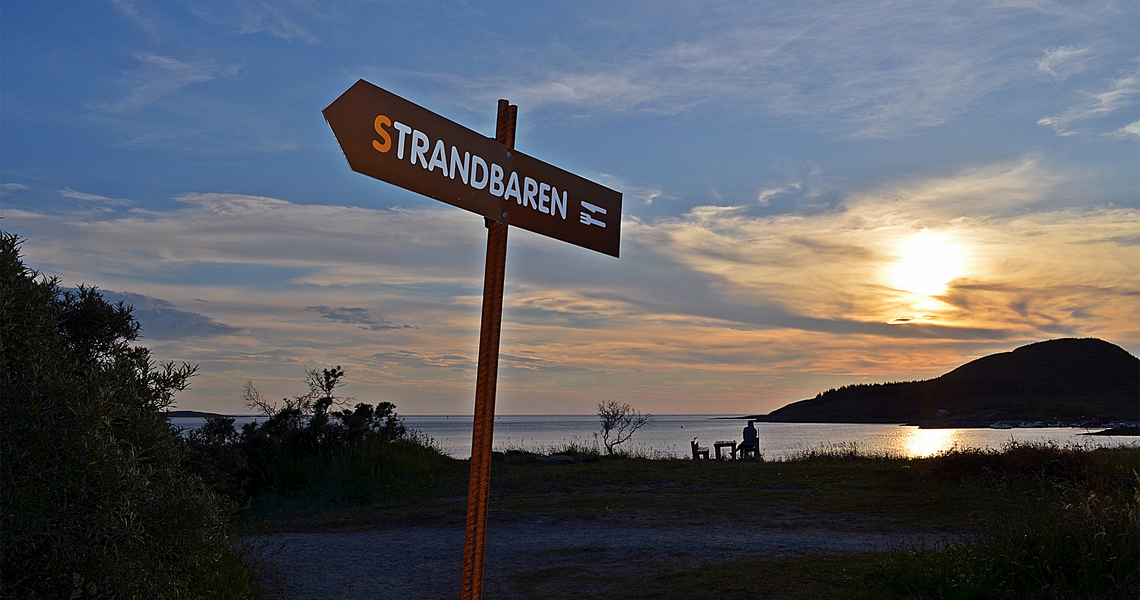 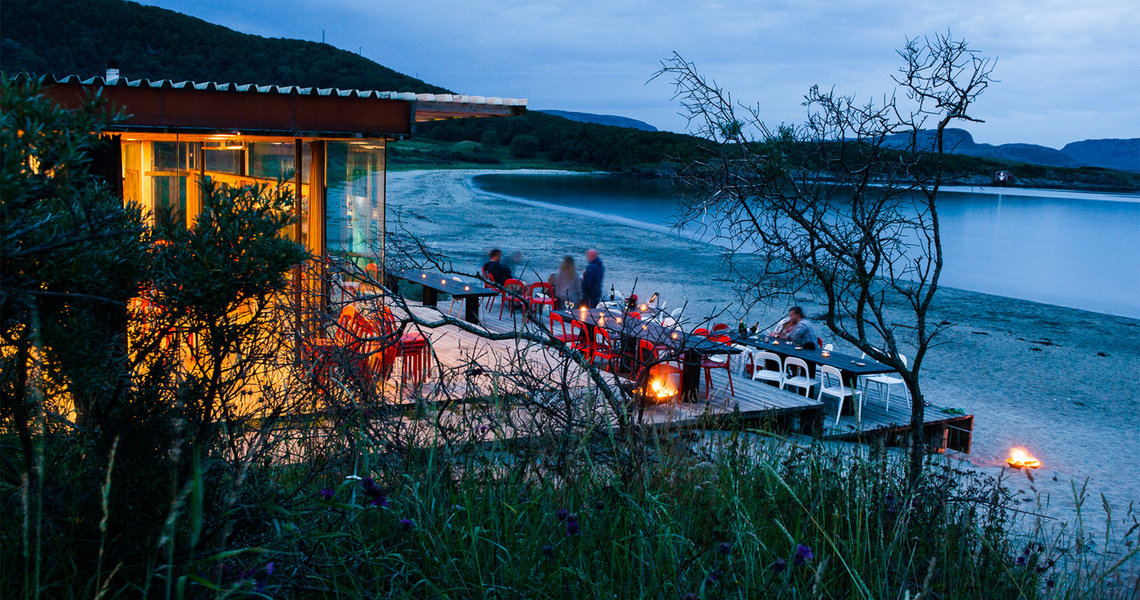 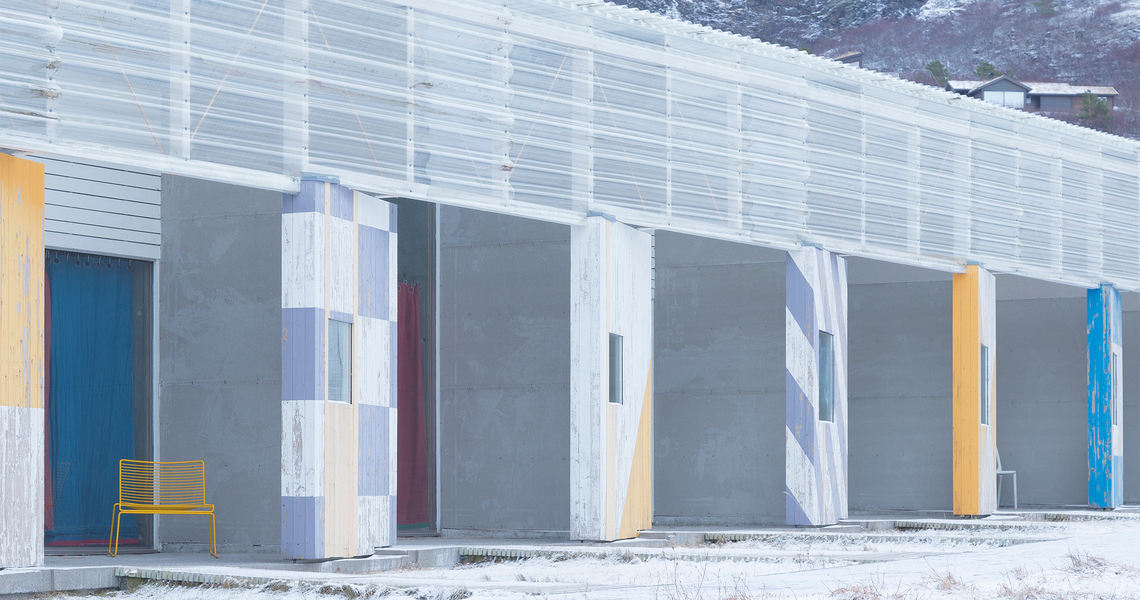 A long, light sandy beach in a sheltered bay on the island of Stokkoya in the northern Atlantic. This place has long been known as a paradise for divers and kayakers, and in addition to wild camping, an outbuilding there was eventually converted into a backpackers' accommodation, including shared rooms and shared bathrooms and kitchens.

In 2008, the partially underground SUB houses with the correct hotel standard were also built. With a direct view of the beach and water and wide open sky while eating, bathing, falling asleep and waking up ... Since 2006, the operators of the hotel have also opened the restaurant called "beach bar", where delicious "fish" dishes are served with a "Caribbean" flair become. With fish so fresh that it really can't be fresher!

We also featured this accommodation on our blog at Five places for summer, Five places to hike and Five places in the far north of Europe.

ArchitectureThe series of SUB houses was built along the lines of old earth cellars. SUB is short for "sov under bakken" (sleep under the earth). From the outside a wooden structure with terraces and entrance area and then exposed concrete and modern furnishings. Because of the way it is built underground, the temperature differences are not too directly affected. That saves energy. And from the front, the building is striking and colorful, but from the back it is just grassy hills and therefore little interference with the surrounding nature. Residues from the construction were, if possible, further converted into small furniture and other furnishings.

FoodSpecialty of the house: mussels. But if you prefer bread with jam for breakfast, you can get it homemade. Plus cheese and organic muesli from regional producers, including from our own small farm. The menu is compiled every day based on the current seasonal ingredients from the area. This includes mushrooms, seaweed and other wild plants and herbs from the area that they have collected themselves. Every day there is a fish, a meat, and a vegetarian main course. Vegan also possible on request. And the beer is also straight from the island.

SocialStokkoya Sjosenter operators support the local sports club and other local organizations. There are special discounts for accommodation and meals for your employees and their friends and families who come to visit.

EnvironmentIn the midst of this pristine nature, the operators of the hotel and the bar work carefully to keep their ecological footprint as low as possible. It is recycled, composted and waste is avoided wherever it goes. As many foods as possible are grown themselves and a herd of the oldest sheep breeds are also looked after and cared for. Guests and employees are made aware of the topic of nature conservation.

Stokkøya Sjøsenter is about 600 km north of Oslo. The nearest airport is in Trondheim Værnes. The journey from Værnes takes about 3.5 hours. From Værnes you can drive through Trondheim and take the ferry from Flakk to Rørvik. Or you drive through Inderøy (no ferries). There is a bus that goes from Værnes to Trondheim Central Station. From there you can change to another bus to Stokkøy.