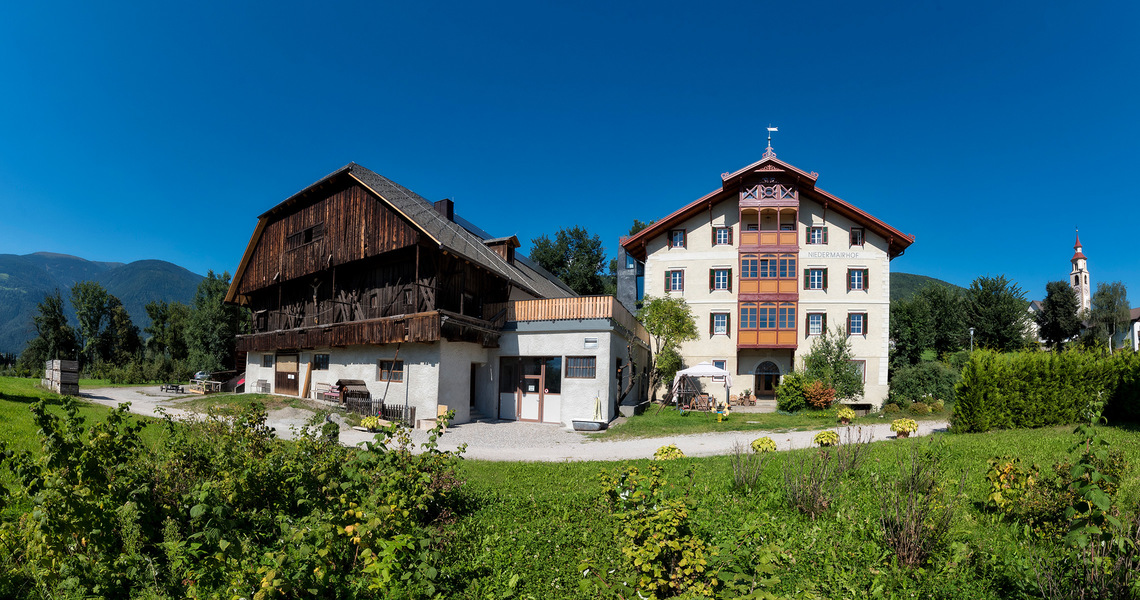 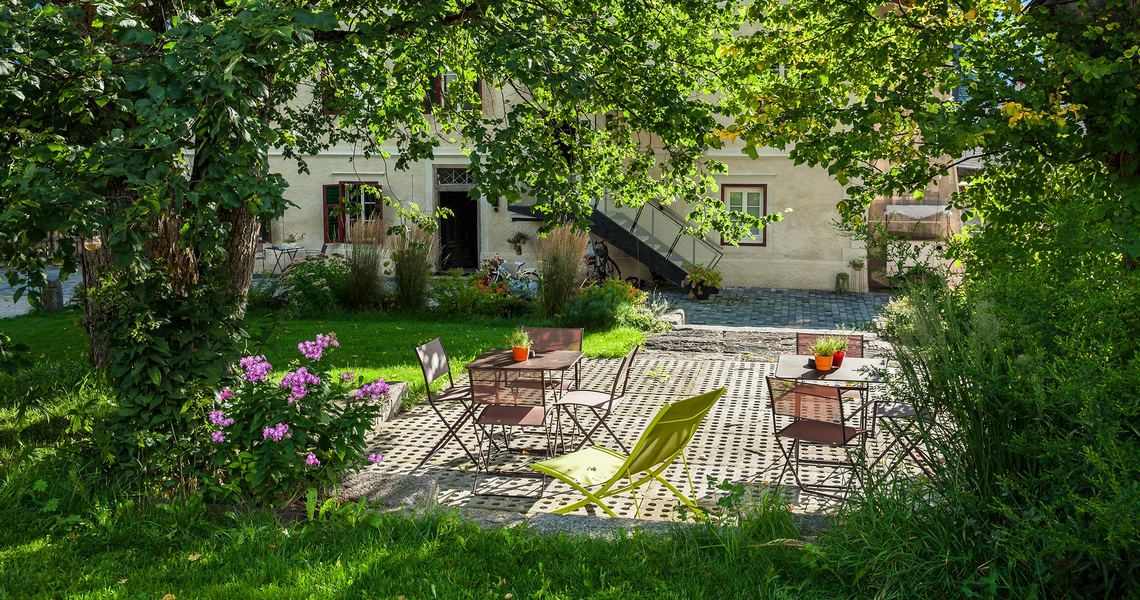 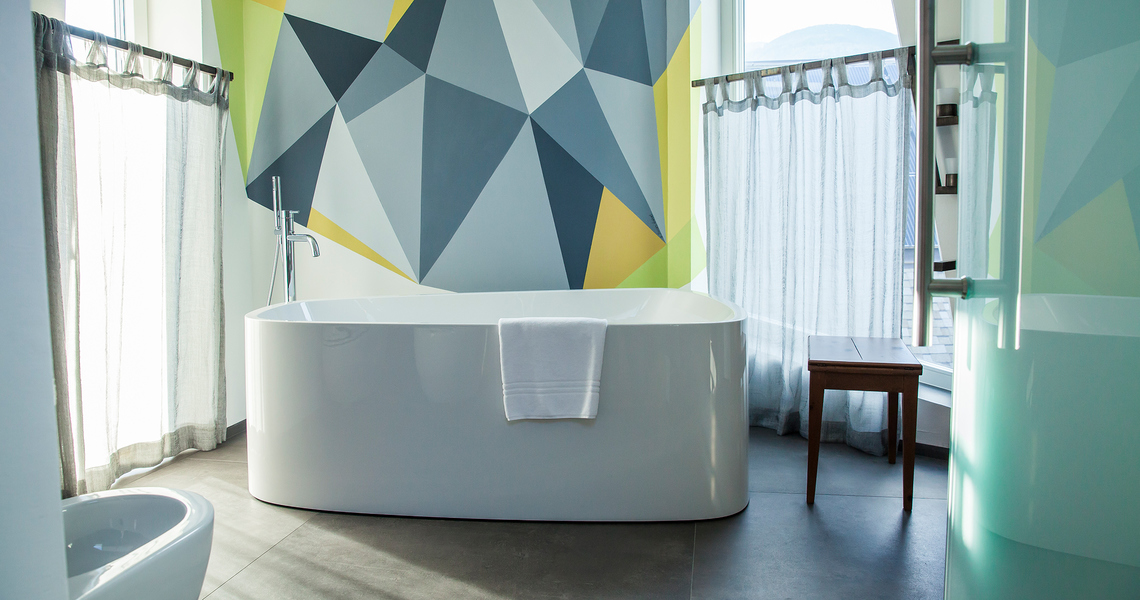 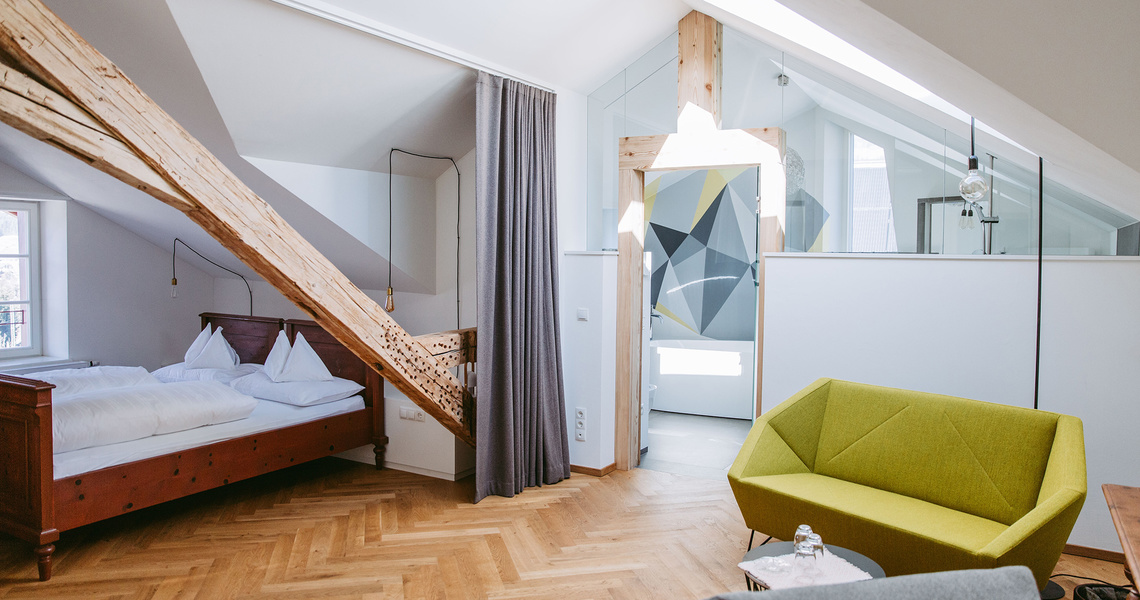 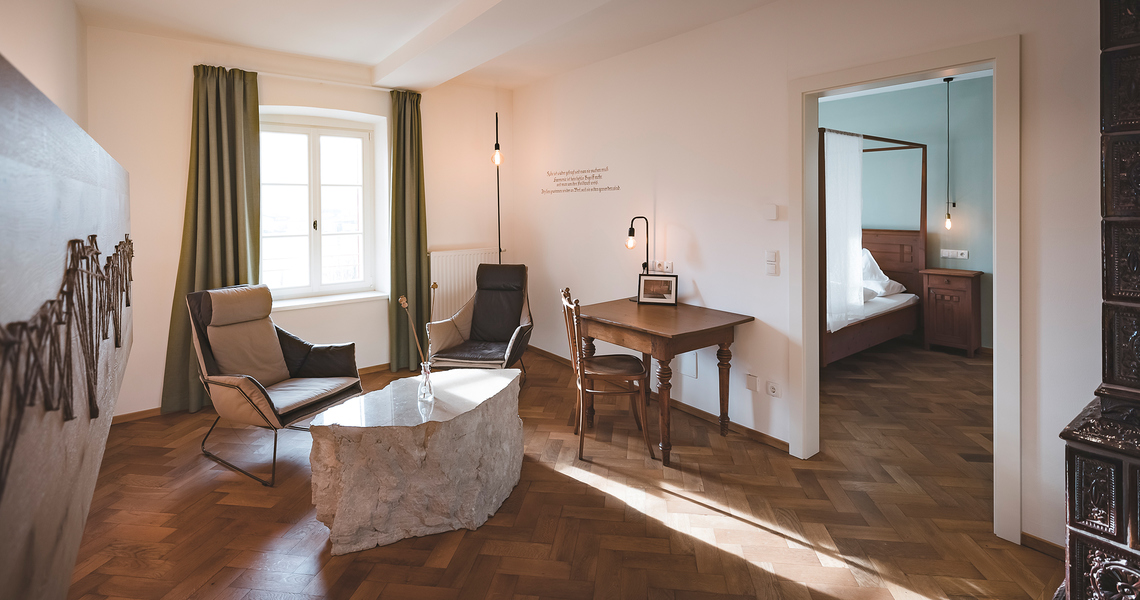 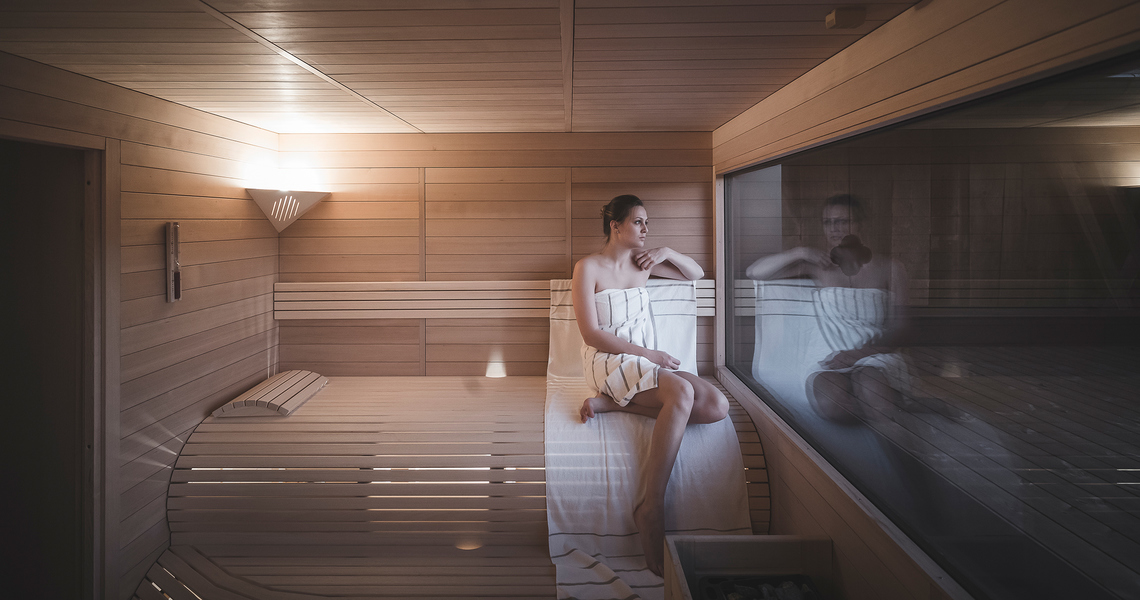 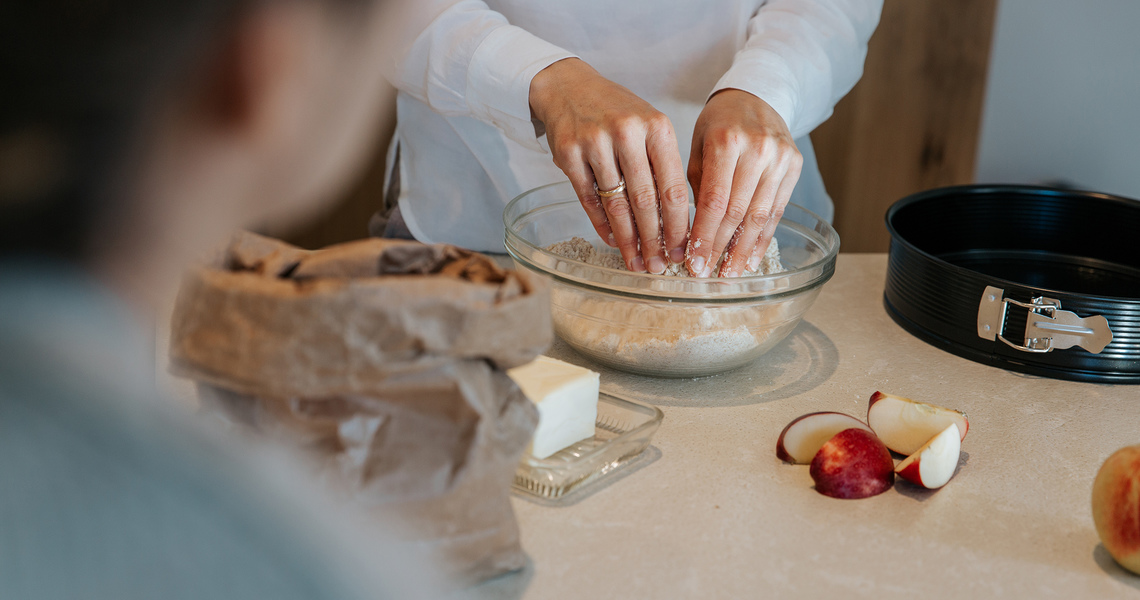 The Niedermairhof has a long history. It was first mentioned in 1304. The hosts Helmuth and Kathrin have been running it as a B&B for about six years, after it had been closed for a few years. Before that it was a self-catering house for youth groups, even further in the past it was an inn and around 1900 it was already an accommodation facility in the Austro-Hungarian Monarchy.

The farm is Kathrin's parents' house. In addition to the B&B, you and Helmuth also run the farm here. Kathrin is the good soul of the house and Helmuth is responsible for communication. Before the two renovated the farm, they considered various options and then decided on a B&B because Kathrin wanted to work with the house herself. True to the motto "If I can't get around the world through work, then the world will come to me."

Each suite in the courtyard is very spacious, cozy and individually designed. Wooden floors have been installed (some are over 120 years old) and quality bedding has been chosen. The rooms are based on the fields and meadows of the property and pick up on their special features. For example, there is the "Weiher" suite, which takes up the small biotope with a pond on the site. Another special feature or reference to nature is a shower wall with an integrated aquarium. The interior of the rooms is a mixture of old and new - centuries-old furniture paired with new, fashionable elements. What is old stays old. What is new becomes really new.

What all suites have in common: the view. Here you look either to the west at the local mountain, the Kronplatz, and the fields and forests that lie in front of it, or to the south, where the city of Bruneck lies at the foot of the Kronplatz. Another common feature of the rooms is the good acoustics. Kathrin and Helmuth didn't want you to hear what was happening in the hallway and in the next room. They have paid great attention to this and the guests confirm this special feeling again and again.

ArchitectureDuring the renovation of the house, a lot of wood, fiberboard and cellulose (as insulation) were used. Only local craftsmen helped with the construction. In addition, old furniture is reused.

FoodSeasonal and local food plays an important role at the Niedermairhof. The grain comes from the biodynamic Sägemüllerhof and the vegetables come from the gardener, who is 200 meters from the farm. A lot of value is also placed on avoiding waste - what is left over from breakfast is used by the family. The food waste goes into the organic waste or to the hens. In return, there are eggs. Homegrown food (e.g. buckwheat, barley, apples, pears, juices, cherries) is also regularly served. The breakfast offers a different homemade juice and jam every day, and the homemade crunchy muesli and vegan spreads are also very popular. By the way, one of the breakfast employees eats vegan and has been bringing completely new ideas for vegan breakfasts for more than a year.

SocialAll employees come from the area and grew up here. They are part of the team and some have worked here since the B&B has existed. Kathrin and Helmuth are firmly anchored in village life with their farm. The Martini festival, first communion brunches and many other celebrations take place in their garden. An aid organisation (children in need), which collects for a Romanian orphanage, is also accommodated free of charge at the farm.

EnvironmentThe house is kept warm with a wood chip heating system and the hot water also comes from this heating system. The electricity supplier from the province of South Tyrol, Alperia, from which the farm gets its electricity, gets part of its electricity from hydroelectric power plants in South Tyrol. The farm also has a 20KW photovoltaic system on the roof, which mainly covers the daily requirement. The owners treat the cultivated land with care and take care of their forests and fields year after year. Furthermore, when shopping, Kathrin pays close attention to what is available in the region and what is not. The two consistently address the topic of sustainability and environmental protection with their guests: at check-in there is a homemade juice, in the bar cabinet there is a regional selection of drinks.

Well-BeingAt the Niedermairhof there is the Stodl SPA, which can be booked privately. It is therefore a private SPA. There are also massages with a local masseuse. Next year there will be an extended yoga weekend for the first time.

Bruneck is easy to reach by train. The train station in Bruneck is less than a kilometer away from the Niedermairhof. There is also a bus from there, the bus stop is only about 100 meters from the house.