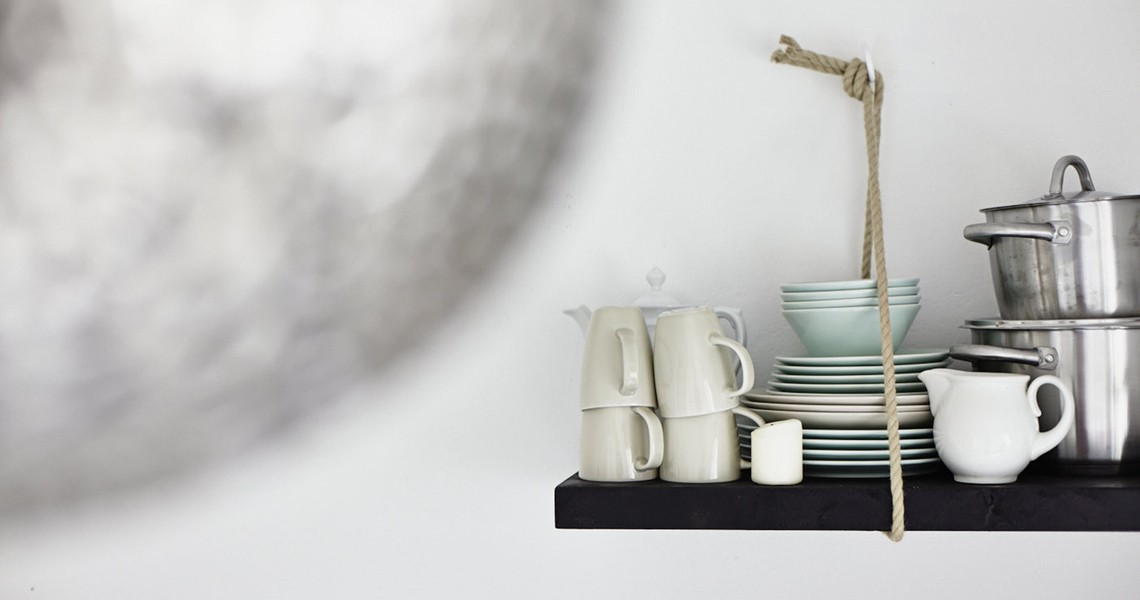 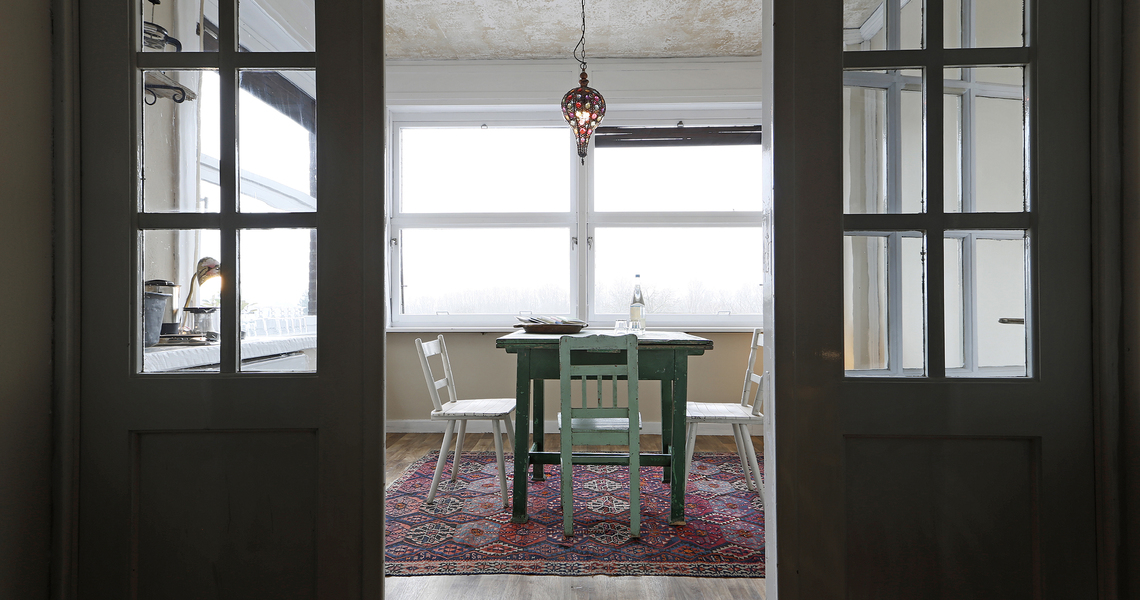 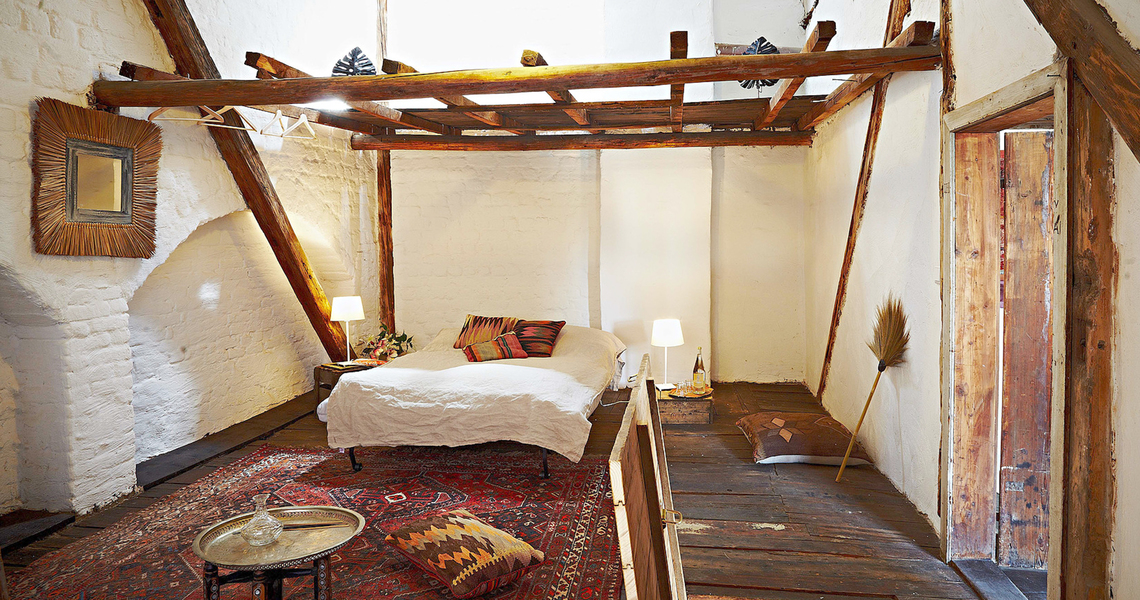 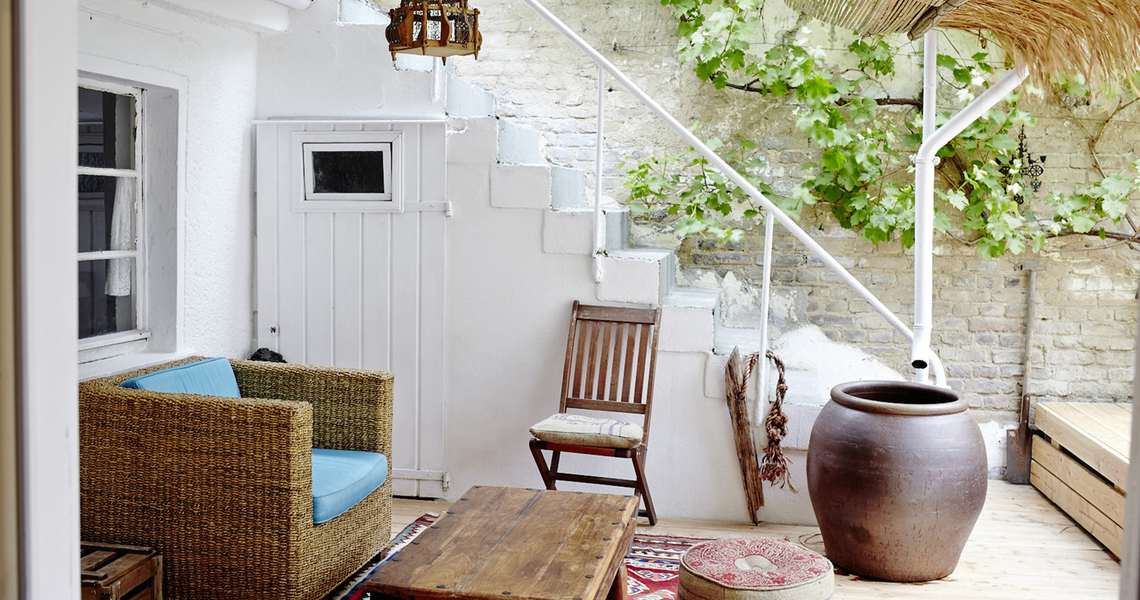 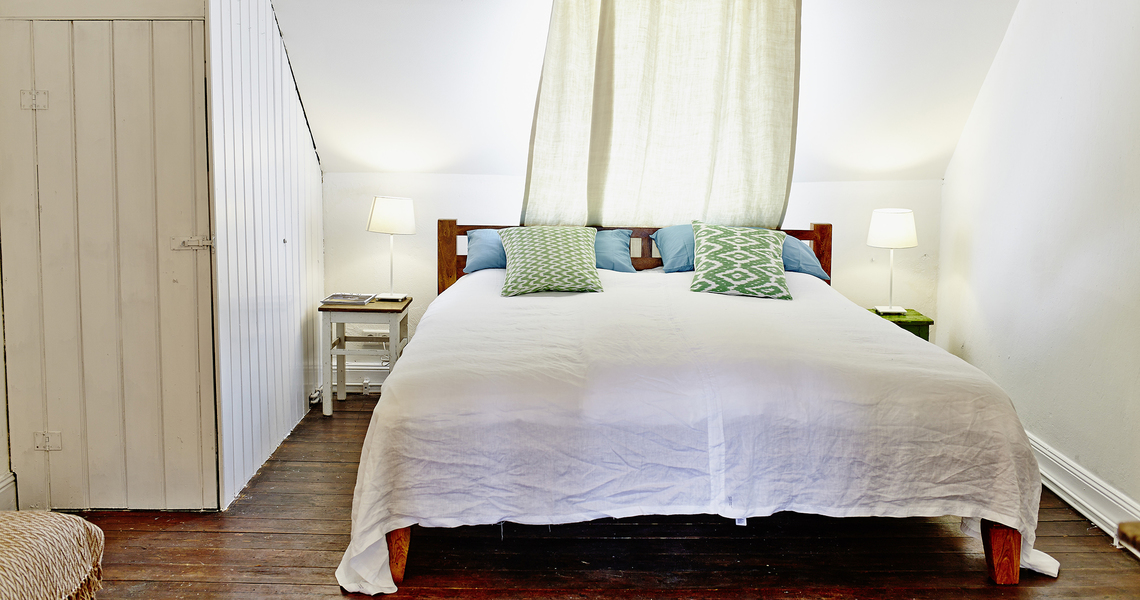 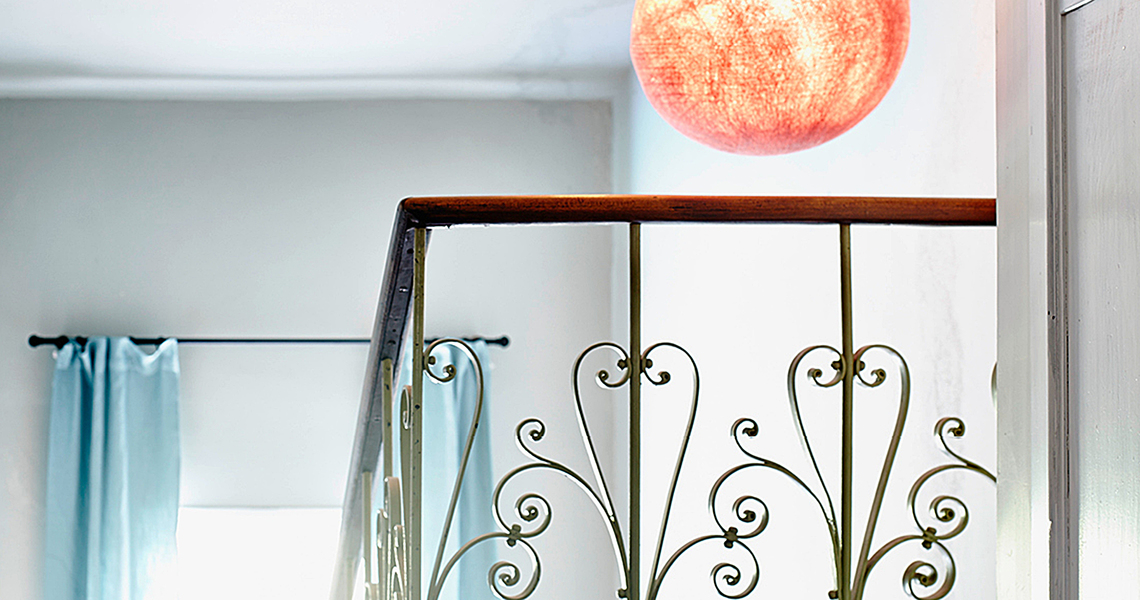 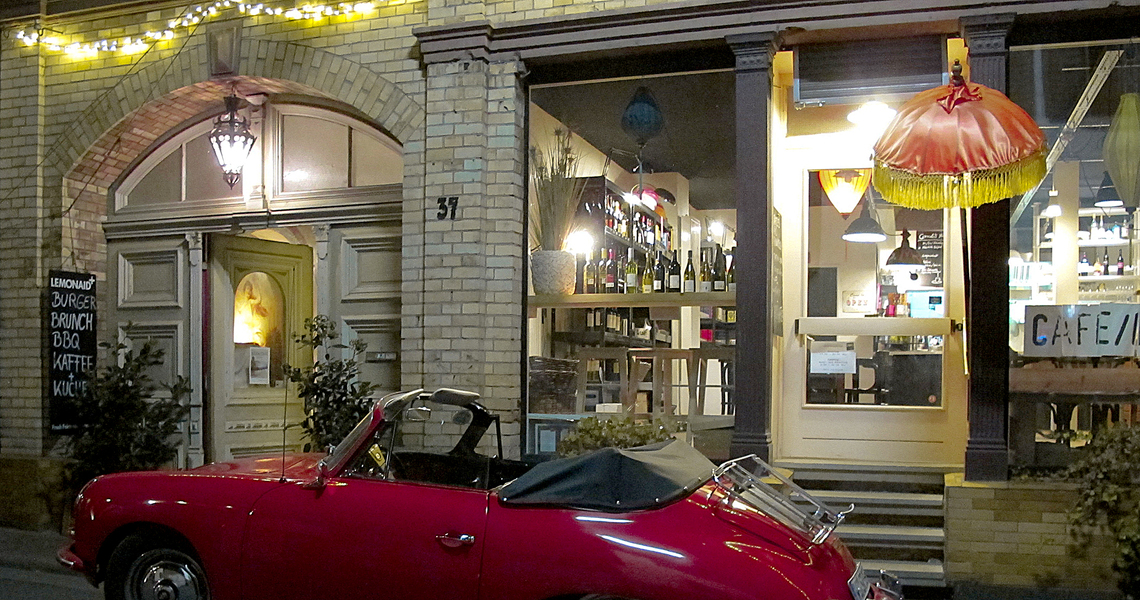 If two creative people travel far around the world for years and then open a "guest house" in a wine-growing region on the Rhine, which they fill with all their souvenirs, you can imagine that the design here is not based on a small Hessian town but after tastes like a mix of Morocco, India, Mediterranean and the good old days.

Something similar, by the way, like the dishes in the attached bistro. Marion and Cornel Frey renovated the house of a winery in Winkel built in 1888 in 2013 and the shoemaker workshop in the old town center of Oestrich, which had been used as such until then, and converted it into delightful guest houses. According to the motto "Improvisation instead of perfection", old planks, walls and beams provide the frame for lamps and carpets from all over the world, and ancient restored everyday furniture contribute creatively to the harmonious whole.

And no room is like the other. Neither size nor equipment. With the realization of these guest rooms and the bistro including a small grocery store and the wonderful terrace directly at the vineyard, the Freys have realized their ideal of "living well", "eating well and healthy", "selling healthy products". A cozy retreat with a hint of the big wide world and all this in the Hessian Oestrich-Winkel.

ArchitectureOf course, such an old winery and a shoemaker's workshop first had to be renovated and expanded in order to function properly as guest hostels. But only as much as necessary to fully maintain the charm of the building or even to emphasize it again. There is also little new in the furniture and many old refurbished pieces of furniture, which are given a new life in terms of sustainability. There are hardly any plastics here, but old pots as sinks, bathrooms as big as living rooms and walls patterned by light from oriental lampshades. Only companies and workers from the region were involved in the work.

FoodOriental, Indian, traditional, trendy burgers, with meat, without meat, vegan…. In Cornel's Bistro you don't let yourself be fixed in one direction, you cook cross over. Just so much: All products used should be as organic, regional and seasonal as possible. And many of them, such as jams, can also be purchased at home from the sales stand.

EnvironmentGreen electricity works in Cornel's Guesthouses and radiation from the WiFi could be kept to a minimum. The garbage is of course consistently separated and plastic is avoided as far as possible. "Stop water while using me" cosmetic products are available for guests in the rooms. The products are also available for sale in the bistro. This is intended to raise awareness of the careful handling of water consumption.

Reachable from Frankfurt in about an hour (58 km), from Mainz and Wiesbaden it takes about 20 minutes (20 km). You will receive the exact address when booking.

Direct trains run from Wiesbaden to Oestrich Winkel. The journey takes about 20 minutes. Oestrich-Winkel train station is approximately 1 km from the guest house. The journey from Frankfurt takes around 1 hour without changing trains. It takes about 40 minutes from Mainz (via Wiesbaden). You will receive the exact address when booking.