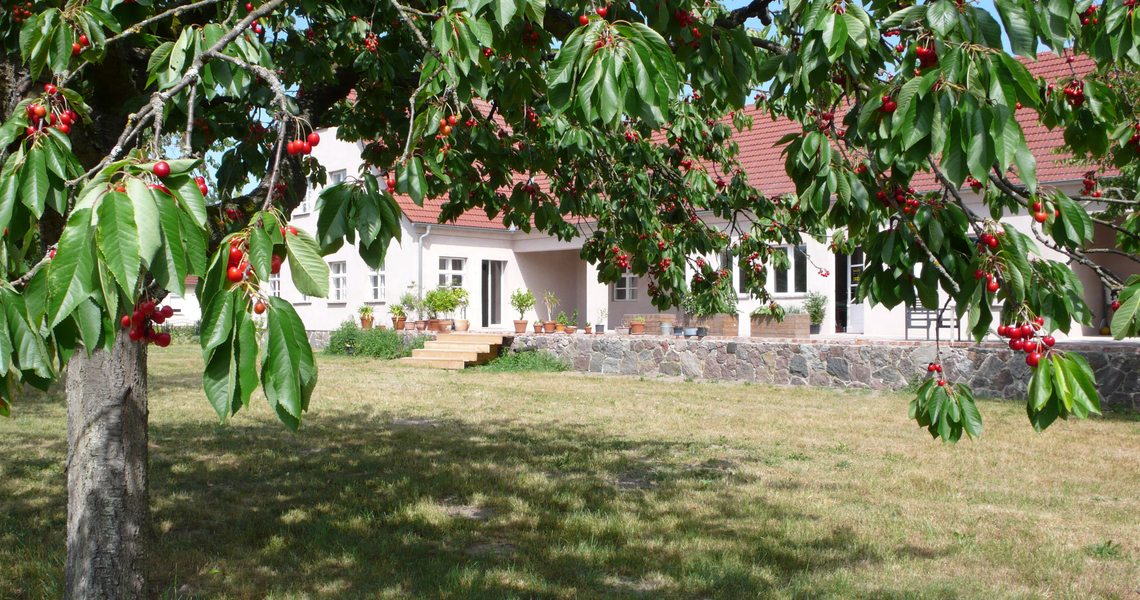 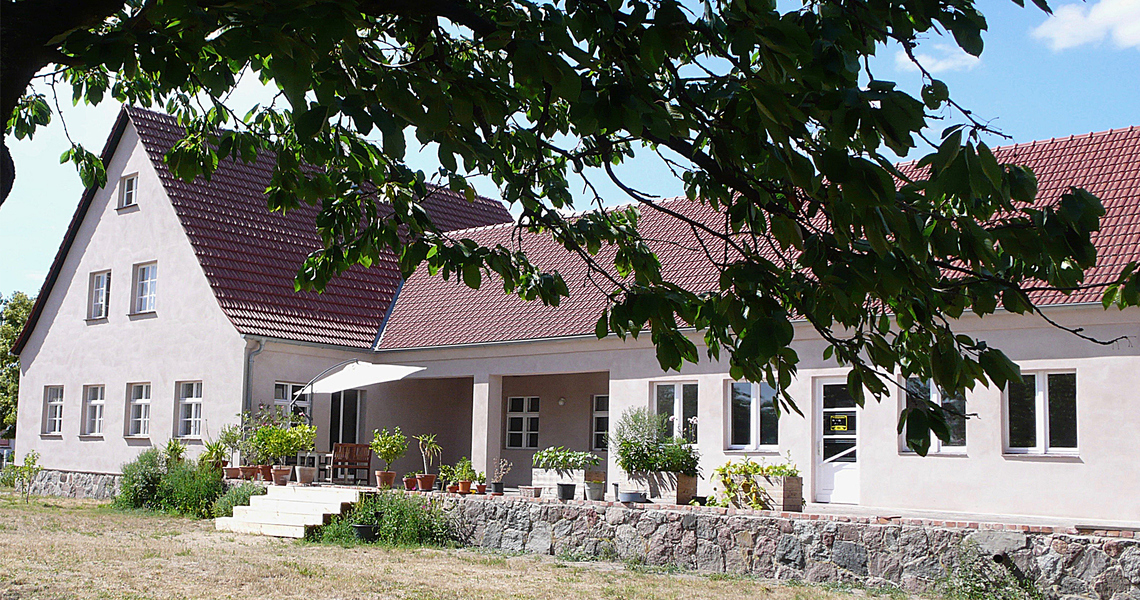 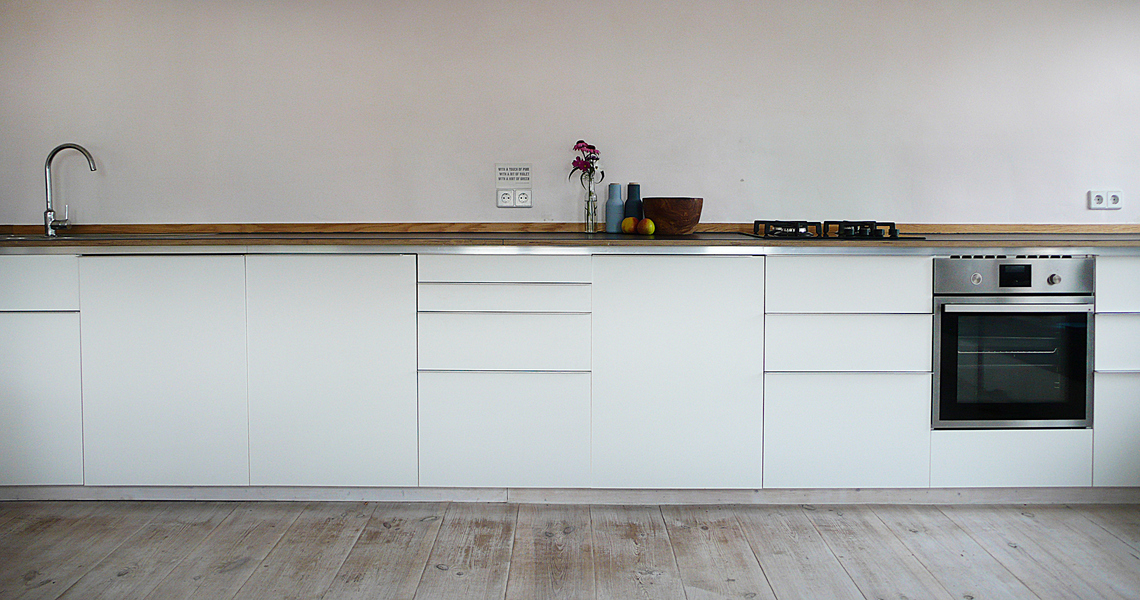 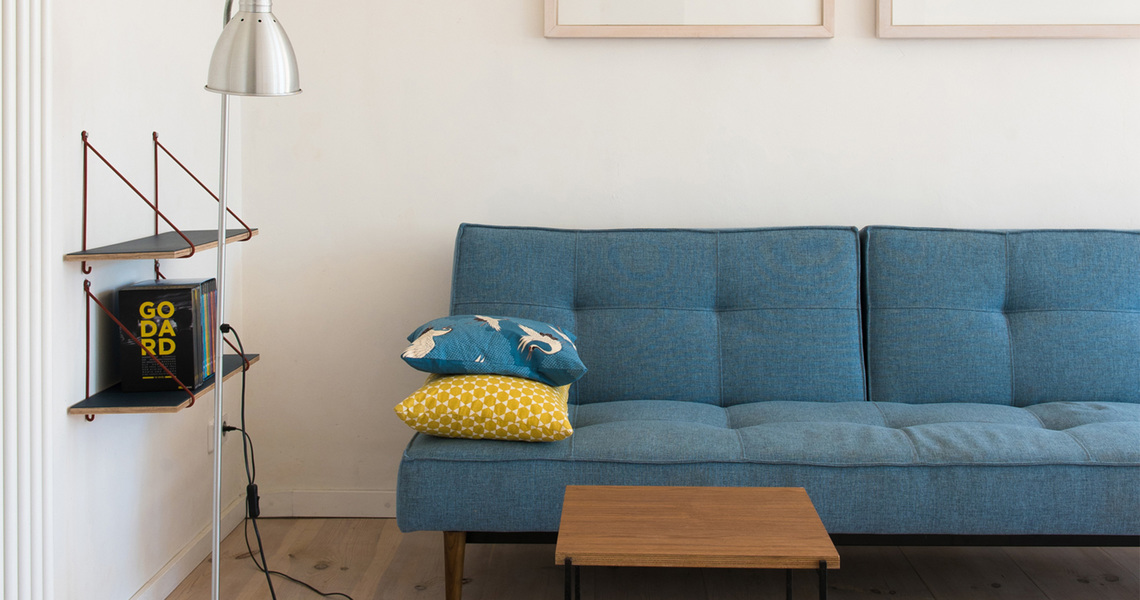 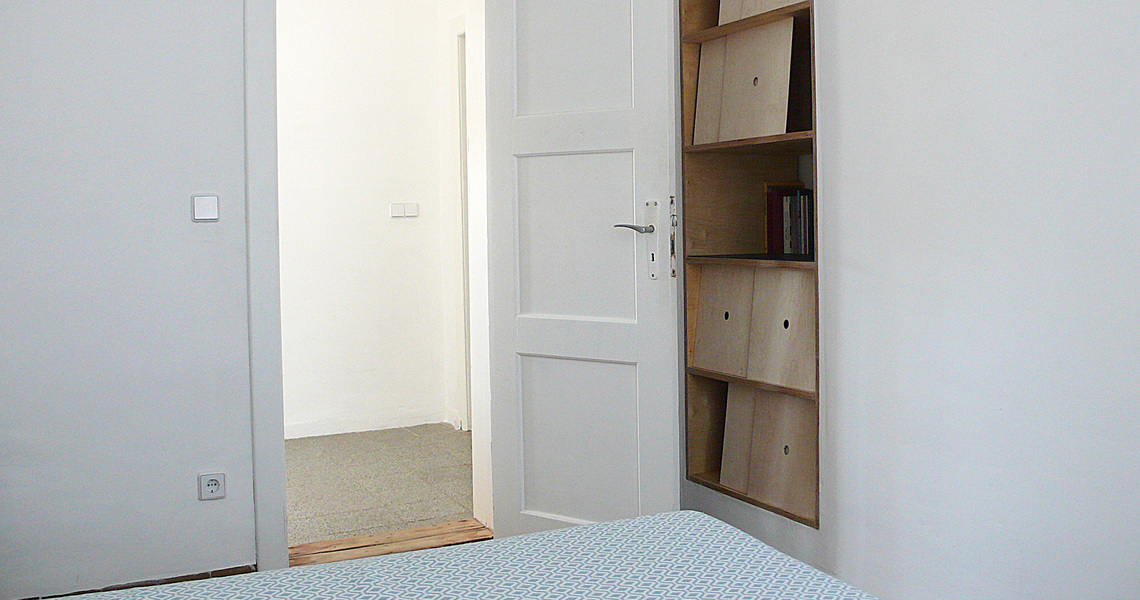 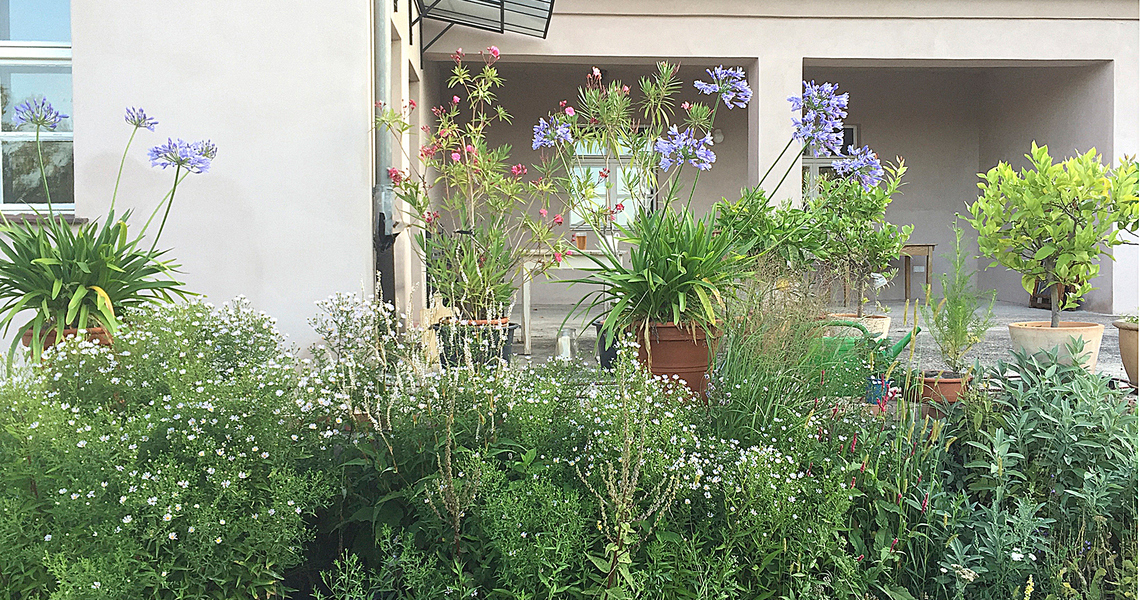 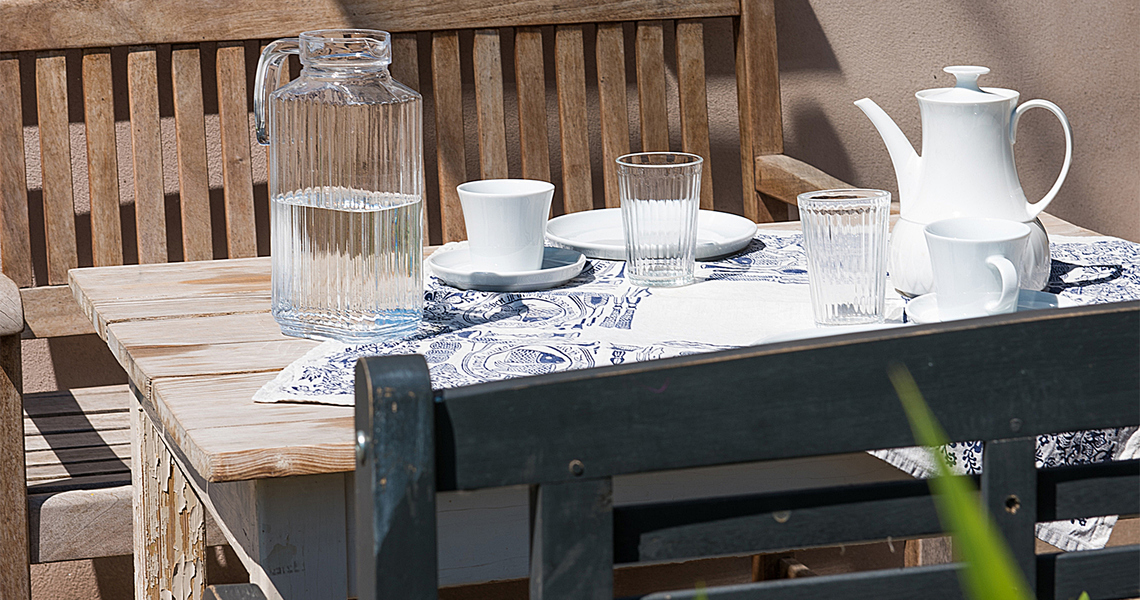 From the rooms, guests can enjoy the large terrace with blooming lemons, oleanders, olive trees, hibiscus and agapanthus. You can see the house martins ﬂ ying up to their nests and the garden, which is laid out as an orchard.

When the hosts bought the house, they called it a “socialist castle”, because the axially symmetrical building, with one main wing and two side wings, faces south and includes large, clear rooms. The house with the 5000 square meter garden was built in the young GDR as a communal building of the Uckermark. Despite the renovation, you can still feel the public character of the house.

The hosts Iris and Wolfgang are an artist couple from Berlin who bought the house six years ago and renovated it in-house. Since the house was a public building with which many people in the village identified, they received a lot of support and sympathy from the residents of Gramzow during the repair. By renting out Haus Polßen for holidays, the public character of the building is preserved and guests can move in again.

Parallel to the holiday rental, there is a plan to set up an artist residence with attached workrooms in the other part of the building.

ArchitectureMuch of the building was able to retain its original character: the red magnesia screed, the terrazzo tiles, the box windows and double doors as well as the old frosted glass lamps. The broken floors were replaced with wooden floorboards. The original floor plans have also been preserved. The kitchen and living room are located in the former group rooms of the kindergarten. The public character of the architecture can still be felt after the renovation. The renovation met all environmental standards: what could be preserved has been preserved. Above all, this includes the many box windows that have been refurbished. The roof was insulated and a modern heating system was installed instead of the coal stoves. The interior furnishings are deliberately reduced, but kept high quality. The contracted companies (electricians, gas / water, bricklayers / plasterers, carpenter, carpenter, stove fitter) come partly from the town or the surrounding area. The newly laid boards were also delivered from a Uckermark sawmill.

EnvironmentWaste is of course separated, and there are two composting stations in the garden. The drinking water is obtained locally. No toxins are used in the garden, so everything in fruit and vegetables can be consumed directly. The great passion of the hosts are the birds that live in or around the house: house martins, barn swallows, bats, redstart and blackstart, titmice, many sparrows and wood pigeons. But robbers can also be seen: a magpie nests opposite the house, daily kites, red kites, hawks and other birds of prey circle over the property. In the summer of 2020, a nightingale sang in the garden for a few weeks, but it nested elsewhere. A stack of sticks should attract the wren. The garden is laid out so that as many animals as possible can be fed all year round. Stacks of stones and wood provide a habitat for insects and lizards.

The nearest train station is in Angermünde (direct connection from Berlin). From there a bus goes to Prenzlau. The bus stop is located directly on the property. It is also possible to use the on-call bus.