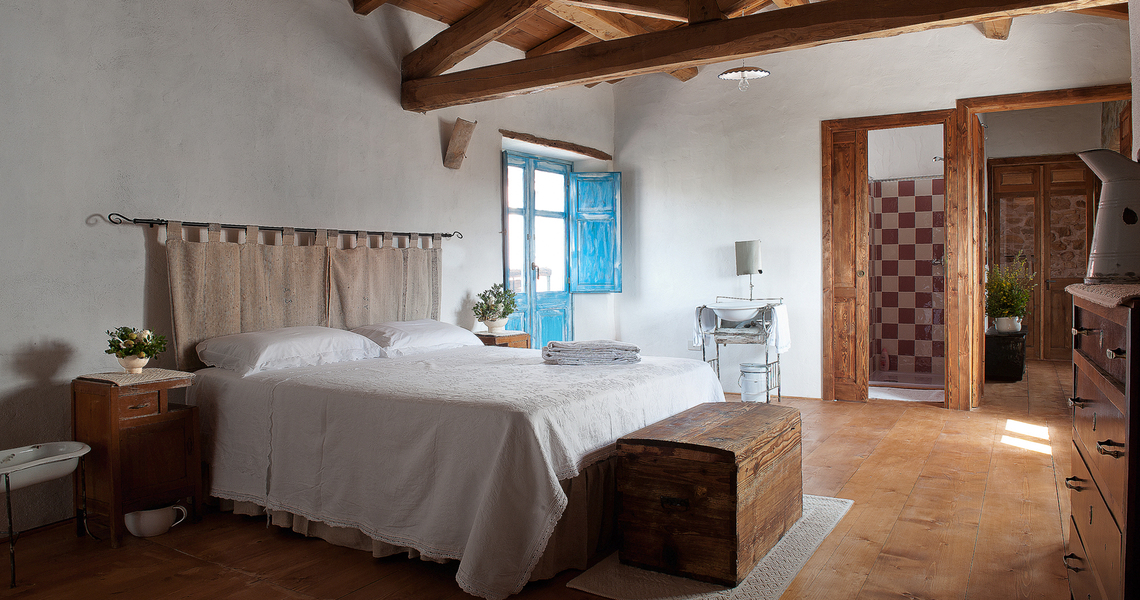 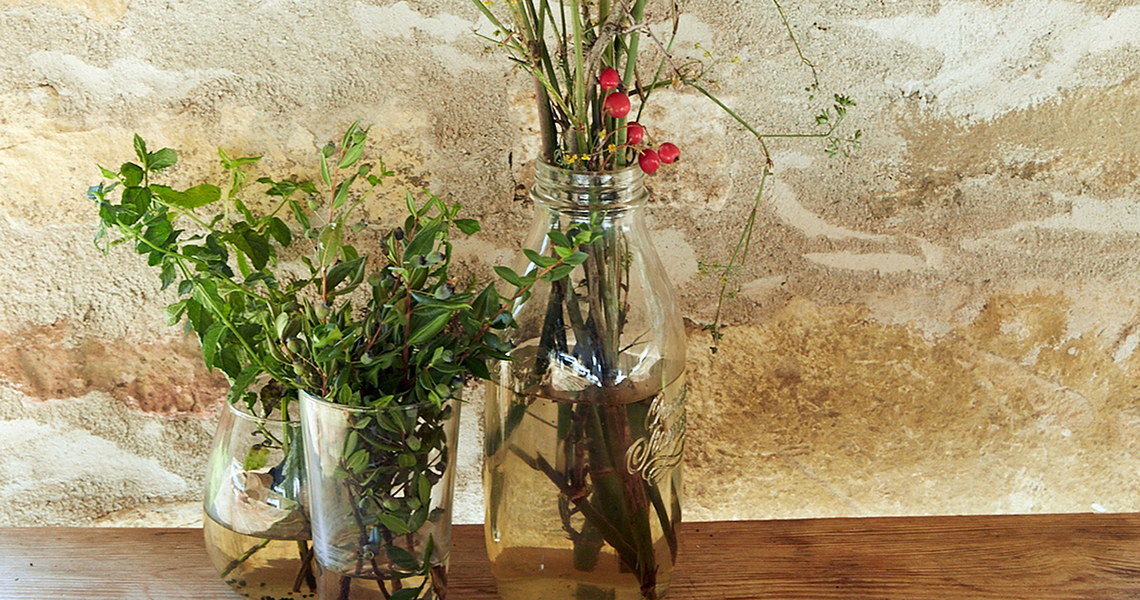 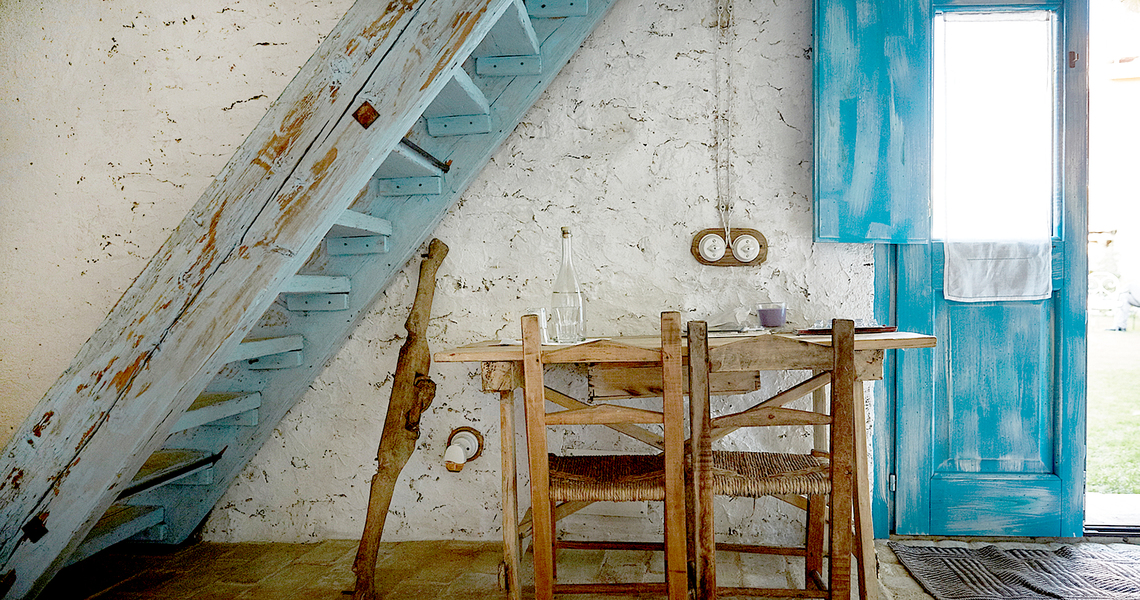 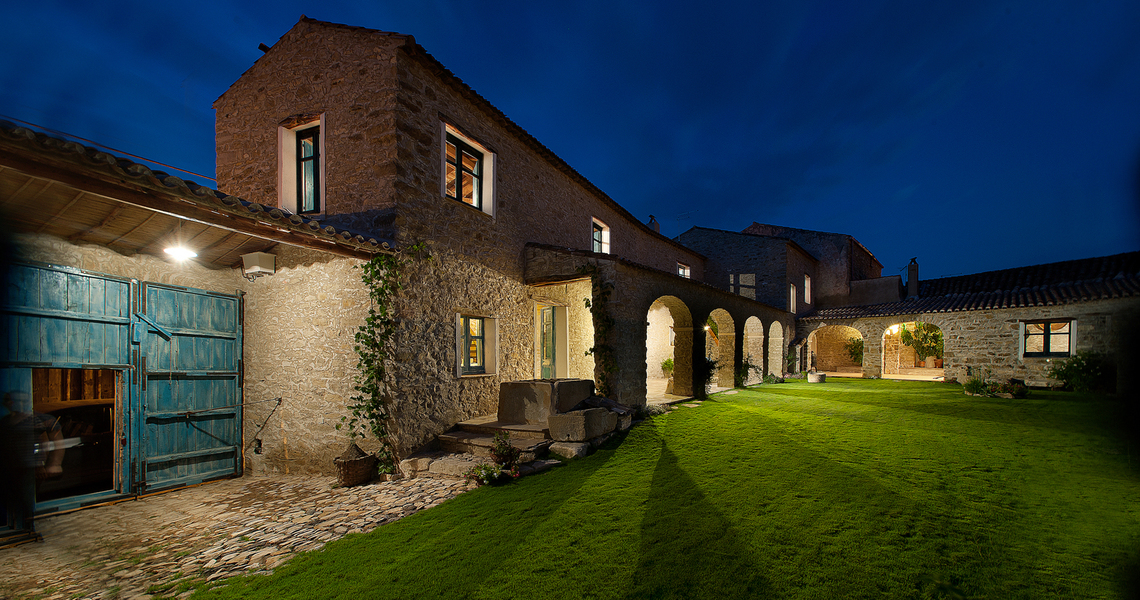 Domu antiga - if you have your Latinum in your pocket, you understand immediately what is written here in Sardinian: simply an "old house".

And in this old house in the heart of Sardinia there is a small boutique hotel, which is however less pretentious than it might sound now, but its four rooms and the common rooms are simply and traditionally furnished and there is also breakfast and, on request, dinner.

Like so many Sardinians, the owner Samuel studied and worked for several years away from home and the longing for his island with its traditions and culture became ever more powerful in him, so that he finally bought a dilapidated Campidan house and with the help of his family rebuilt so faithfully over the course of seven years that the Domu Antiga was honored for this by the Italian Commission of UNESCO.

ArchitectureThis property in the typical Campidano style (that is the wide lowland strip between Cagliari and Oristano), was rebuilt as true to the original as possible with many old and traditional building materials. For example with the “Sa cannizzada” - bamboo-like reed poles that have to be cut in February when the moon is favorable so that they last a long time. The walls consist mainly of stone, clay and straw and the roof was insulated with regional cork. The walled courtyard has the arched verandas common to the area, and large wooden gates lead out onto the cobbled village street. A lot of the work was done by Samuel's father Arnaldo himself and with the help of local artisans. The Domu Antiga was honored for this successful reconstruction true to the original. The interior consists largely of heirlooms from grandparents and great-grandparents or other pieces of furniture with history.

Food"A fogu lentu" is cooked in the Domu Antiga. That means something like: on a low flame, i.e. energy-saving and gentle on vitamins. Only regional and seasonal ingredients are used and there is something different to eat every day. Like at home. But here at home with a Sardinian mom! In addition to the traditional Sardinian cuisine, vegetarian and vegan meal requests are also fulfilled. By the way, if you want to know how the delicious ricotta and hard cheese are traditionally made using the techniques and materials that have been used for centuries, how the typical biscuits and breads are baked and how Sardinian pasta is rolled yourself, you can learn this from Samuel and his mother Maria Grazia ,

EnvironmentThe wooden windows are equipped with double glass chambers and hot water is partly generated with the heat of the fireplace. Wooden or brick floors, cork insulation, natural stone - all of course regional. The water is brought out of the well with a bucket like in the old days (but it also comes from the pipe).

There are three major ferry ports in Sardinia: Porto Torres (north), Olbia and Golfo Aranci (northeast). Porto Torres is best located to reach Domu Antiga, even if it takes another 2.5 hours to get there. From Olbia or Golfo Aranci it is about a 3 hour drive.

There are three international airports in Sardinia, all of which are served from Germany and / or Switzerland. The closest airport is in Cagliari, from there it is an hour's drive to Gergei. It is also possible to travel by public transport, but a rental car is recommended. The journey from Alghero airport takes around 2.5 hours. It is just under 3 hours drive from the airport in Olbia. You will receive the exact address and route description when booking.