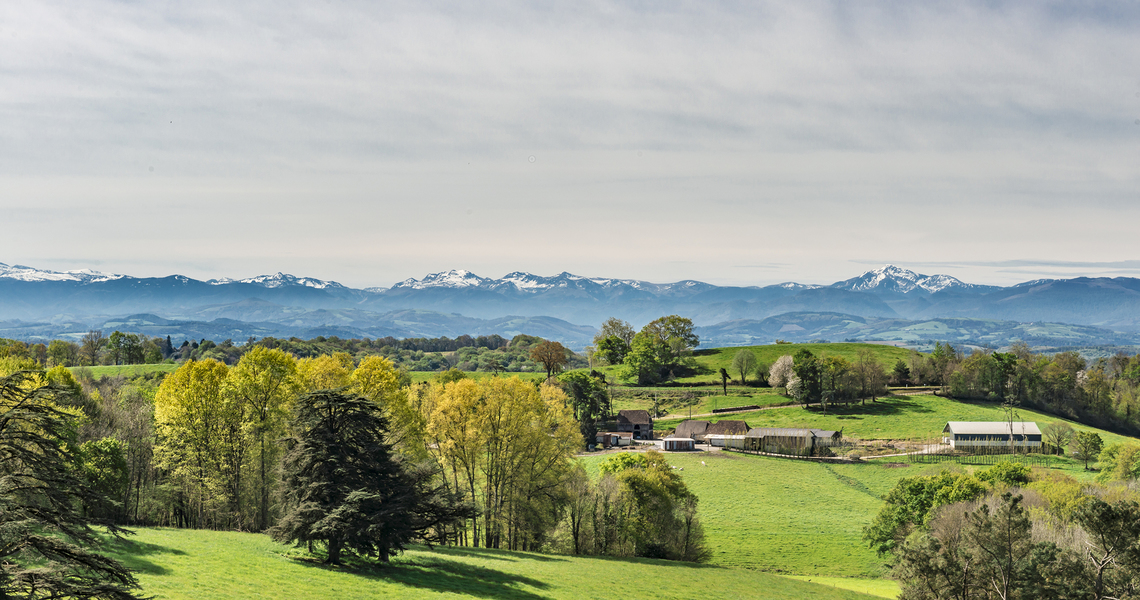 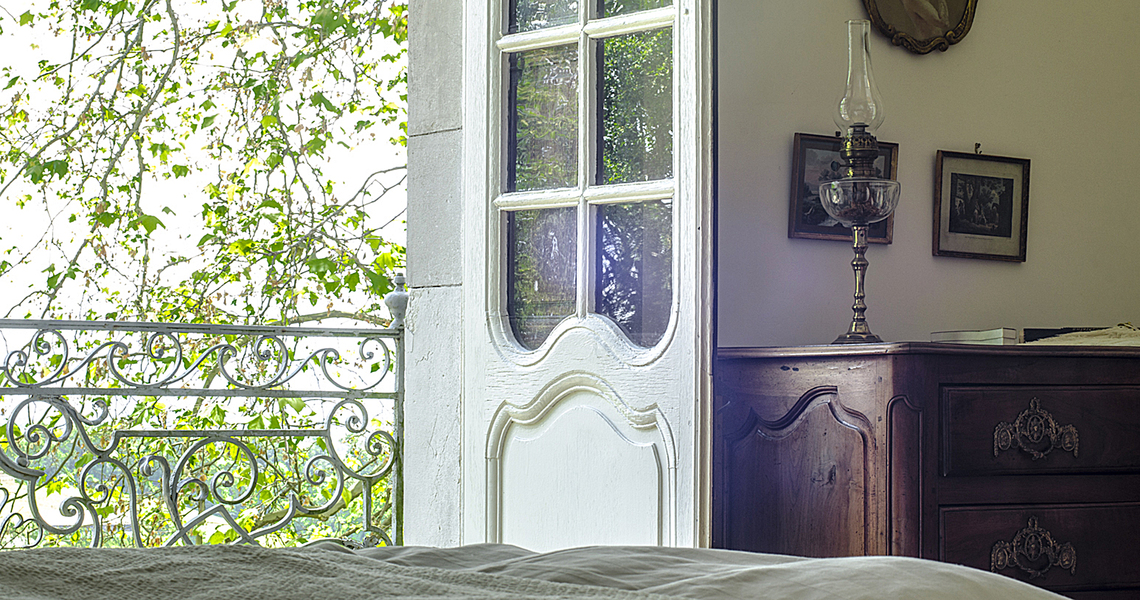 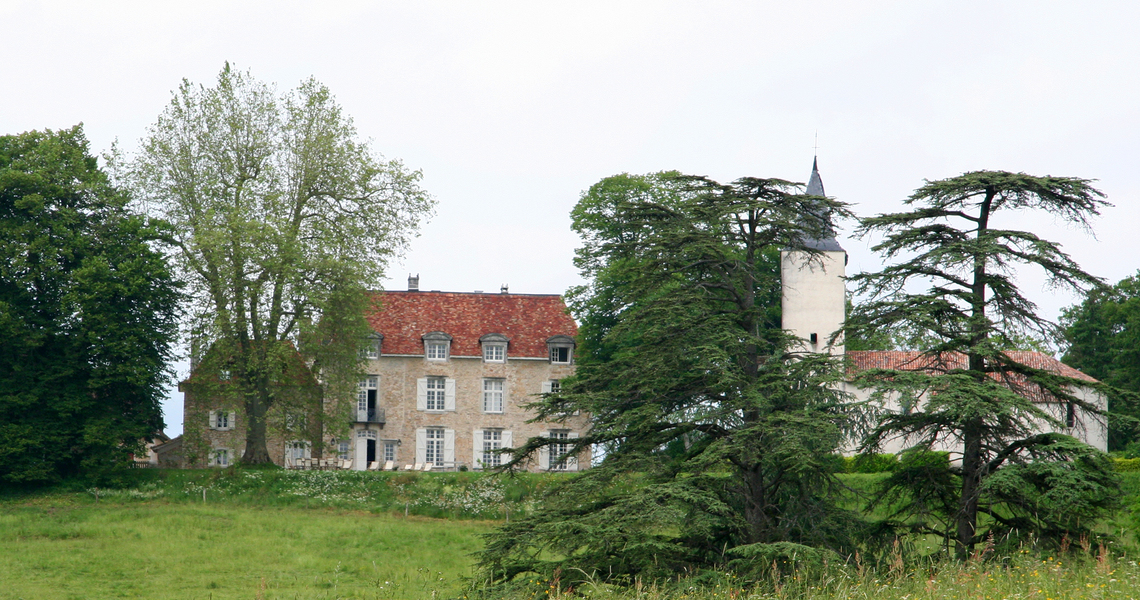 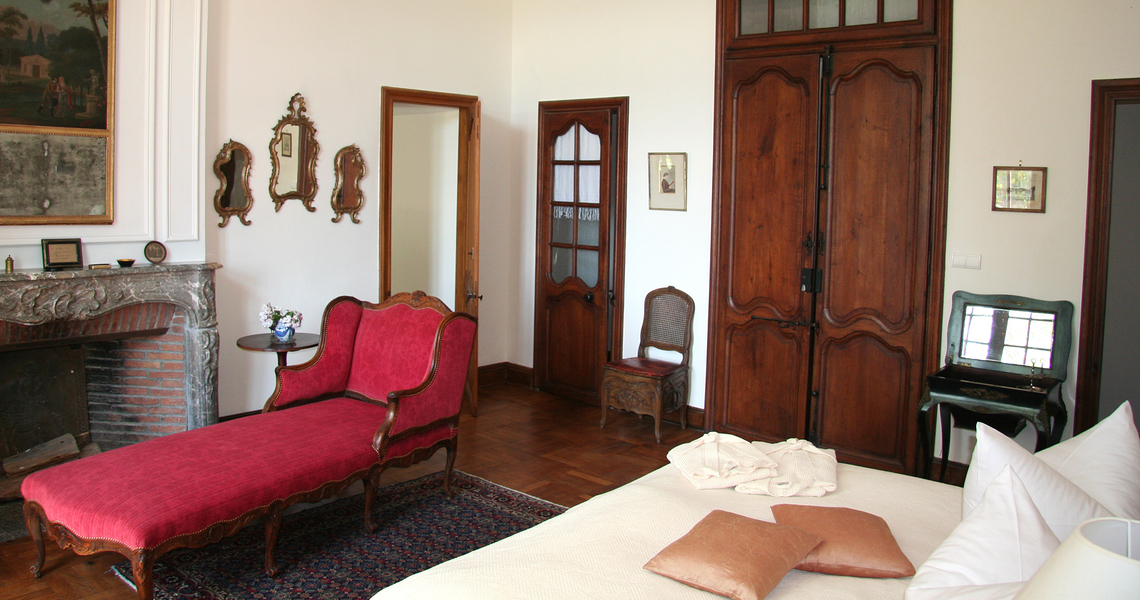 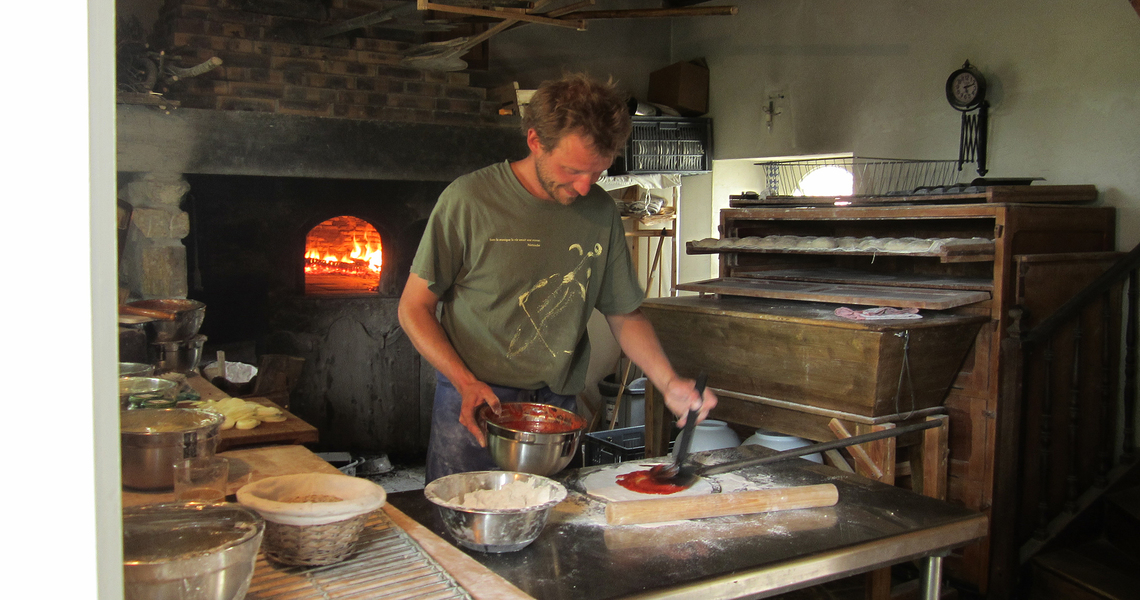 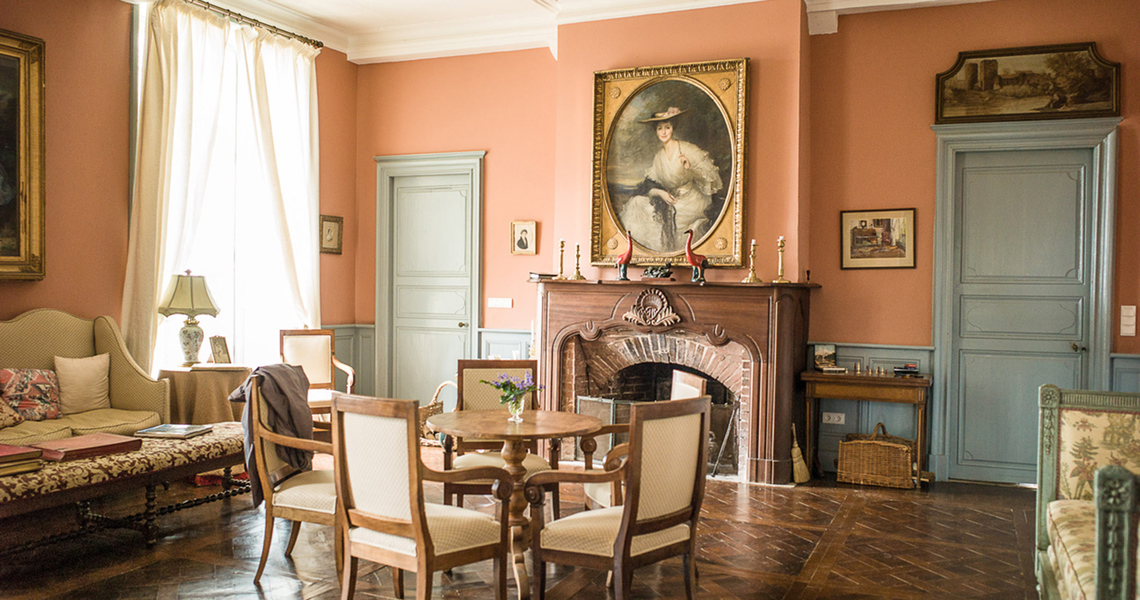 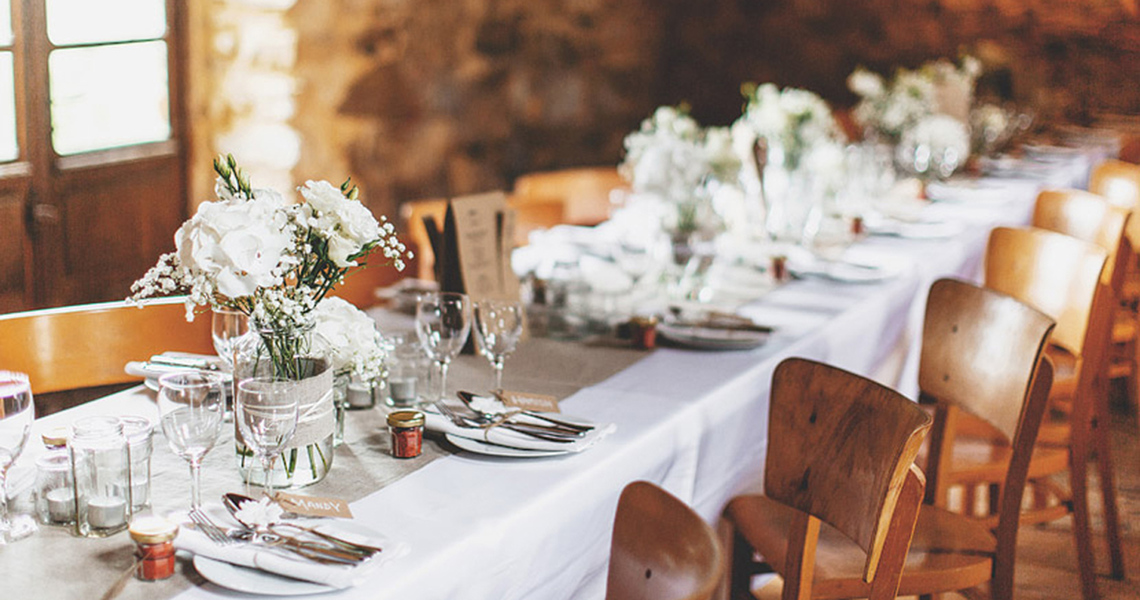 The Château d'Orion, located in southwestern France between Biarritz and Pau, is 500 years old and was originally a lay monastery. After the French Revolution, it was continued as a mansion by a bourgeois family and expanded again and again over the centuries. It was an intellectual microcosm of poets, thinkers, and scientists, primarily medical professionals. The Château has been owned by the Premauer family since 2003. It has been completely restored and renovated and now serves as a guest house, culture and meeting place in the spirit of Franco-German friendship in Europe.

The idea of creating a guest house in which spirit and pleasure unite, be it through multifaceted weeks of thought, through concerts and readings or simply as a retreat into a world other than everyday life. Château d'Orion is a project that does not aim at personal profit, but at the maintenance and further development of this traditional house and its vision.

Anyone who resides here, in the border country between France and Spain, can literally immerse themselves in history (s). The Béarn, located between the Atlantic and the Pyrenees, is of great historical importance. In the castle itself there is a multitude of pictures, books, photos, furniture and documents from past epochs to admire and touch. The rich natural and cultural landscape can also be discovered in the surrounding area, from the mighty 200-year-old plane tree in front of the castle to the majestic mountain range of the Pyrenees. In sight, the peaceful Blondes d'Aquitaine (blonde cows) graze in the pasture and the small church of Saint Jacques rings their bells every hour.

The Jakobsweg "Voie de Vezelay" leads past the house at a distance of almost 300 meters. The very special Basque local museum "Chemins / Bideak"; or the village "Sorde l'Abbaye", which has been declared a World Heritage Site, is also suitable as a destination. These are just a few of the significant sites worth visiting. There are also a wide variety of wellness and bathing opportunities in the surrounding area. The sea is also less than an hour away by car, as is the majestic Pyrenees.

As a guest, you feel welcome and secure in the Château d'Orion as if you were friends, because here you are cared for by the hosts with heart and mind.

If you like, you can take a look backstage on our blog. You can read more about the region in our country special.

ArchitectureThe château differs from other French castles by its simplicity in construction: no columns or reliefs, a simple high tower and the ensemble with the former stables and barns. This original Béarnais architecture is only preserved in this form in very few places. To preserve the structural character, natural materials such as lime plaster, solid oak for the roof construction, wood for the floors of the converted stables and barns and stones from a quarry in the Pyrenees were used in the renovation as far as possible. At the same time, a cultural heritage was saved from decay. In the Middle Ages around 400 so-called Abbaye Laique (lay monastery) were founded in southwestern France, which were administered by a low nobility. Château d'Orion was one of them. The renovation was largely done with local craftsmen. The materials used also come almost exclusively from local dealers and producers. For example, the stair builder has continued the work of his grandfather for the extension of the stairs to the 2nd floor, the terrace stones and the stone slabs for the kitchen worktops come from a quarry in the Pyrenees, the wall and floor tiles in the kitchen from the brick factory the neighboring town. Furniture from the house was recycled as much as possible. The old stone oven, for example, has been restored and is back in operation to bake fresh bread.

FoodThe basic principle in the Château is "64" (derived from the Department 64), which means that goods and products are purchased that come from a radius of no more than 64 km and come from sustainable agriculture. The château also has its own permaculture garden for fruit and vegetables, which provides the company with an average of approximately 60 to 70 percent self-sufficient. Special delicacies from the castle kitchen include the entrée: carpaccio of beetroot variations and goat's cheese with honey-apple balsamic vinaigrette, as a main course: Banca salmon trout roasted on the skin with béarnaiser piperade au piment doux and piment d'Espelette and for dessert: Verveine parfait with macarons à l'Ancienne and fresh fruit from the garden. Upon request, vegetarian or vegan dishes, as well as gluten or lactose-free dishes, can also be prepared. Guests also have the opportunity to purchase take-away and souvenir products, such as herb or flower salt from the nearby saltworks, verbena or mint tea leaves from the garden, homemade jams, L'Orionaise (a sauce with piment d'Espelette , Tomatoes, apple juice and apple cider vinegar from the region, herbs from the garden.)

SocialIn the castle, the employees have a flat hierarchy, self-responsibility in timing and freedom for new project ideas. There is a common, extensive lunch every day. The Premauer family provides rooms for associations from the region for cultural purposes and organizes projects for rural development, such as the Bavaria-Béarn trade exchange. An important element is contributions to cultural education and the creation of identity for the population through European meetings through concerts and readings. The castle also serves as an artist's residence.

EnvironmentSustainability is a central requirement for the operators of the castle, as well as it can be realized in and in an old building. We try to balance ecological, economic and social responsibility in all their activities. The castle has its own biological wastewater treatment system and an energy-efficient air heat pump for hot water treatment. The waste is strictly separated into compostable waste, recyclable plastics, glass, paper, cardboard, metal, wood, residual and special waste. When shopping, care is taken to buy as good as possible only with reusable containers to avoid disposable plastic packaging. The farmers in the markets have already taken note of this and have partially switched to natural packaging such as paper bags. The company's own permaculture garden for fruit and vegetables largely contributes to the supply of the business, the remaining food is almost exclusively bought from regional agricultural businesses. The castle thus makes a significant contribution to supporting local development. Supermarket purchasing only makes up around 10 percent of total purchases. Only soaps from organic soap manufacturers in the neighborhood are offered to guests. Since May 2018, electricity has been sourced 100% from ecological production (with certificate).

The closest train station is in Orthez (TGV station), a 20-minute drive from the chateau. A pick-up can be arranged from there.

Country Special
24. October 2018
Out and about in south-west France
Backstage
18. March 2018
Behind the scenes: Château d'Orion, Aquitaine, France