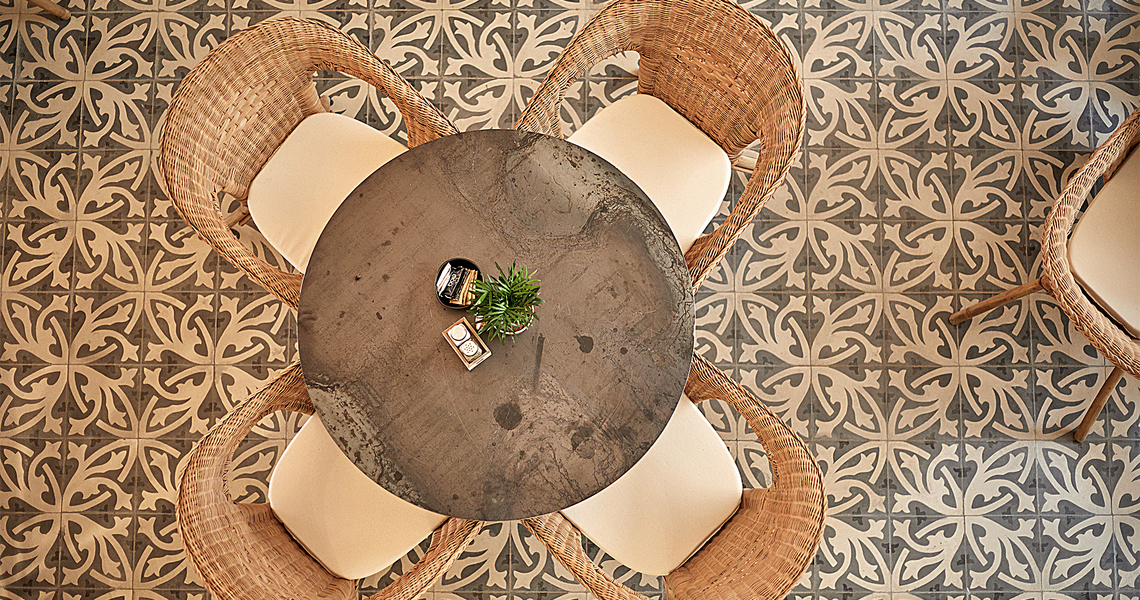 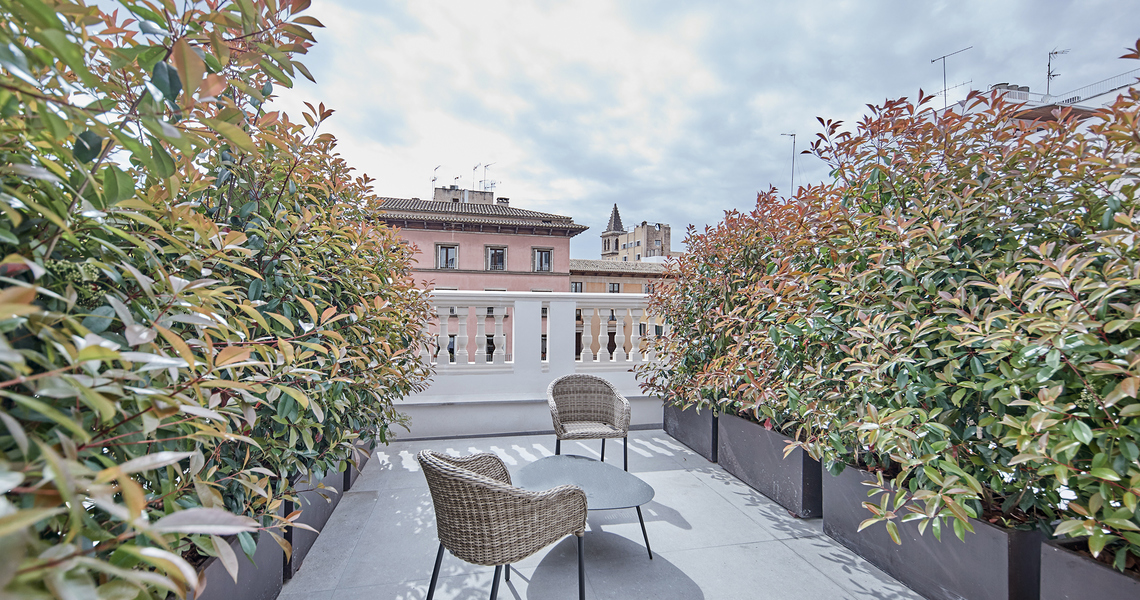 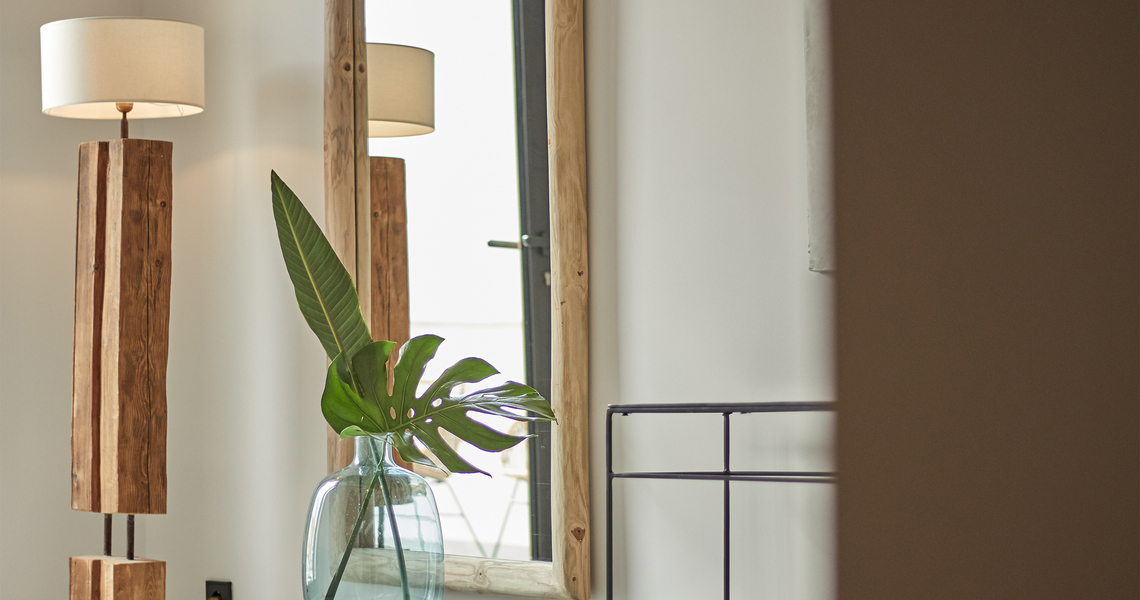 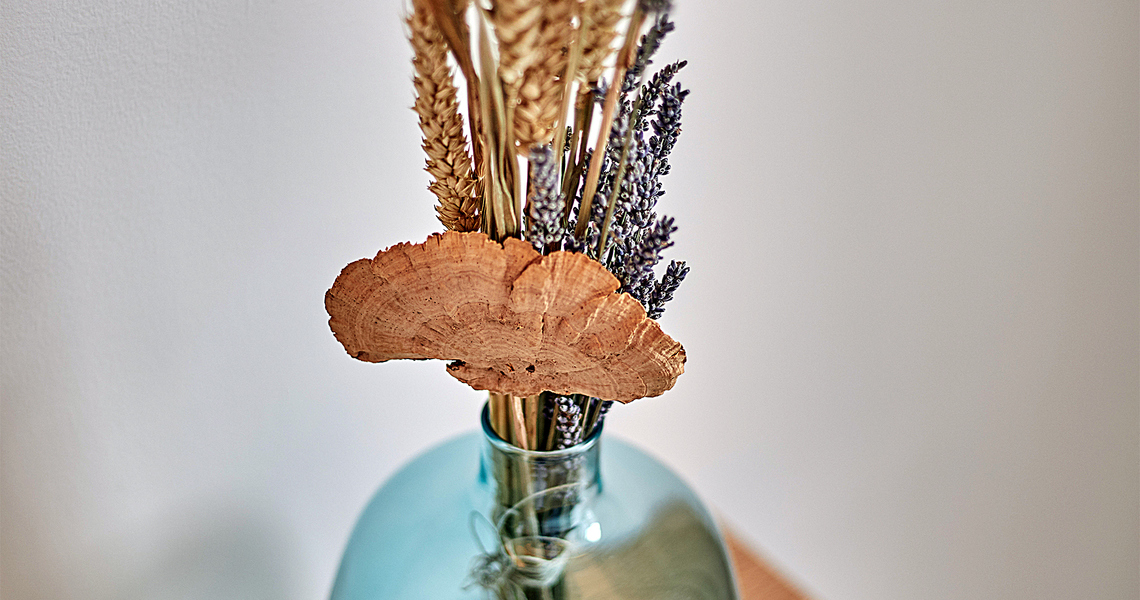 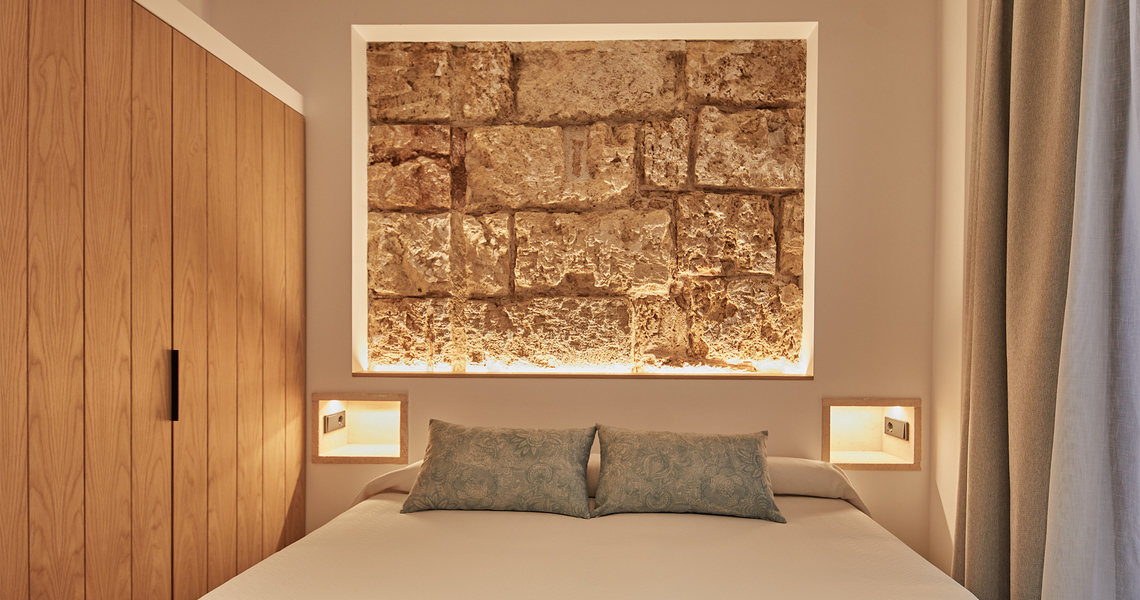 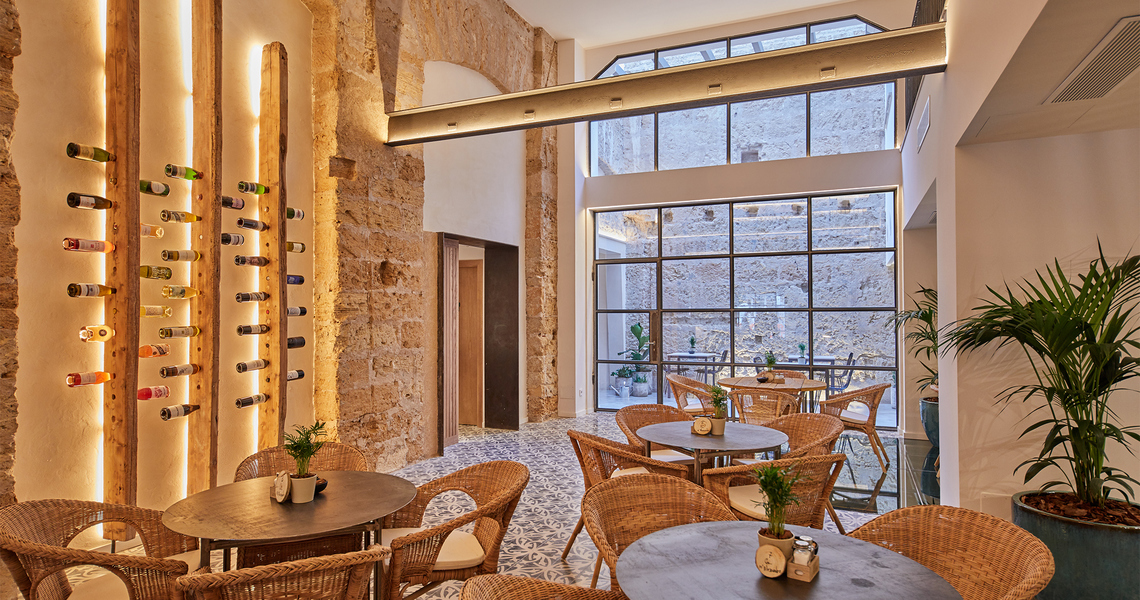 In the middle of a normal residential area in a normal Mallorcan row of houses is the former house of a Mallorcan personality - Alexandre Jaume, a journalist and politician who was executed in the Spanish Civil War in 1937. In his honor is the lively place where the house is named after his name and the small hotel that was set up in his former home is also named after him: Ca n'Alexandre.

Originally built in the typical Mallorcan style and revitalized by various tenants and retailers over the decades, its great-grandchildren have now had it rebuilt fundamentally and courageously.

This has made the old house bright and transparent and offers a small restaurant and bar on the ground floor, where traditional dishes made from regional products are offered.

The hotel rooms are quite small in accordance with the old building structure, but are equipped with spacious beds. And the hotel stands on a lively plaza, which means that the guest takes part in the everyday life of Palma and is just a few minutes' walk from the center of the city and very close to the beach.

ArchitectureIn 1930 Alexandre Jaume, who originally came from Uruguay, built the house for himself and his family. His descendants partially lived in it and definitely wanted to keep it and give it a new shine. During the all-round renovation, they dedicatedly dug out old building fabric and received what was possible. The beautiful stairs with metal railings were given a new shine and old walls made of the typical Maré limestone were integrated as a decorative sight. The huge wooden and wrought iron entrance gate has a new life as a conference table and the furniture is a successful mix of modern and old pieces. Only the original tiled floor made of the previously popular so-called hydraulic tiles - cement tiles pressed with high pressure - could unfortunately not be saved. The owners were so perfectionistic, however, that they had new hydraulic tiles laid from one of the few still producing factories as a new floor.

FoodThe food in the small hotel restaurant is simple and typical mallorquín. The food comes as close as possible.

EnvironmentIn Ca n'Alexandre, plastic is largely avoided, the garbage is separated and care is taken to save electricity and water.