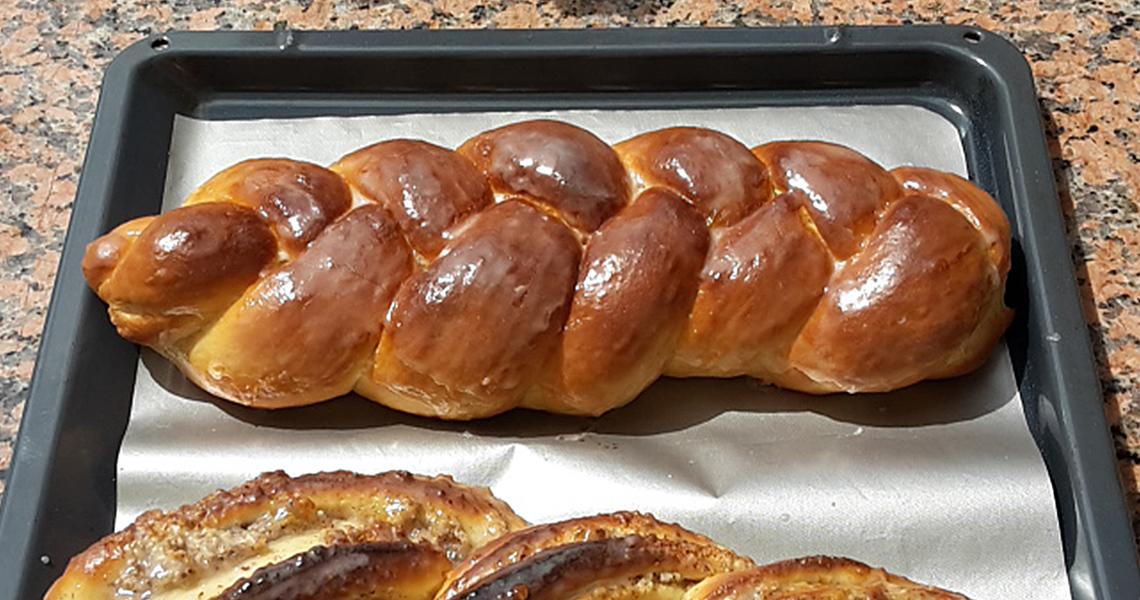 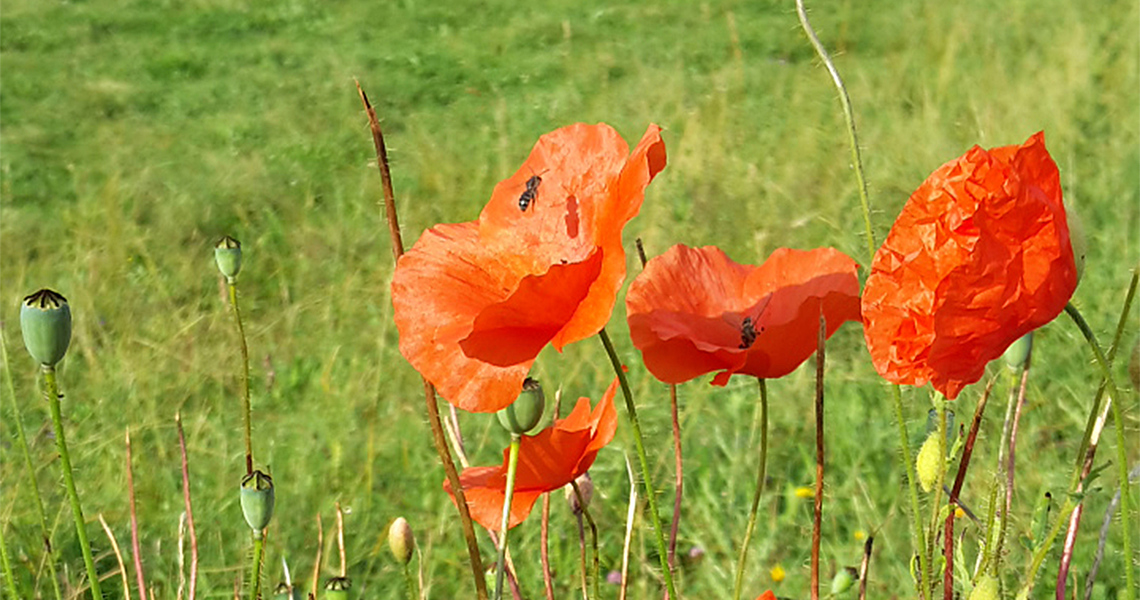 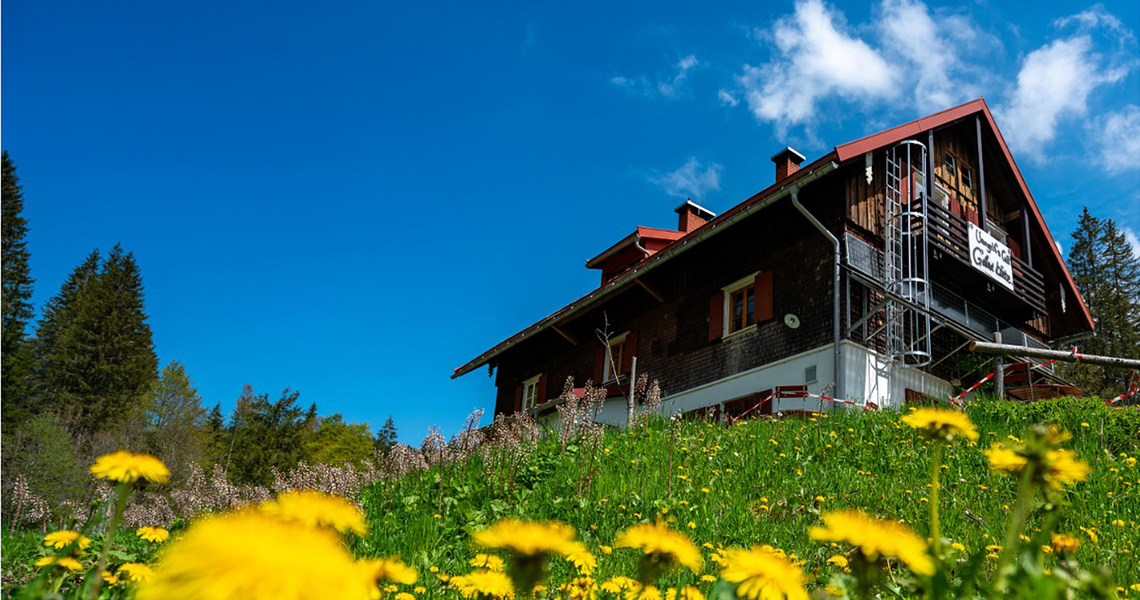 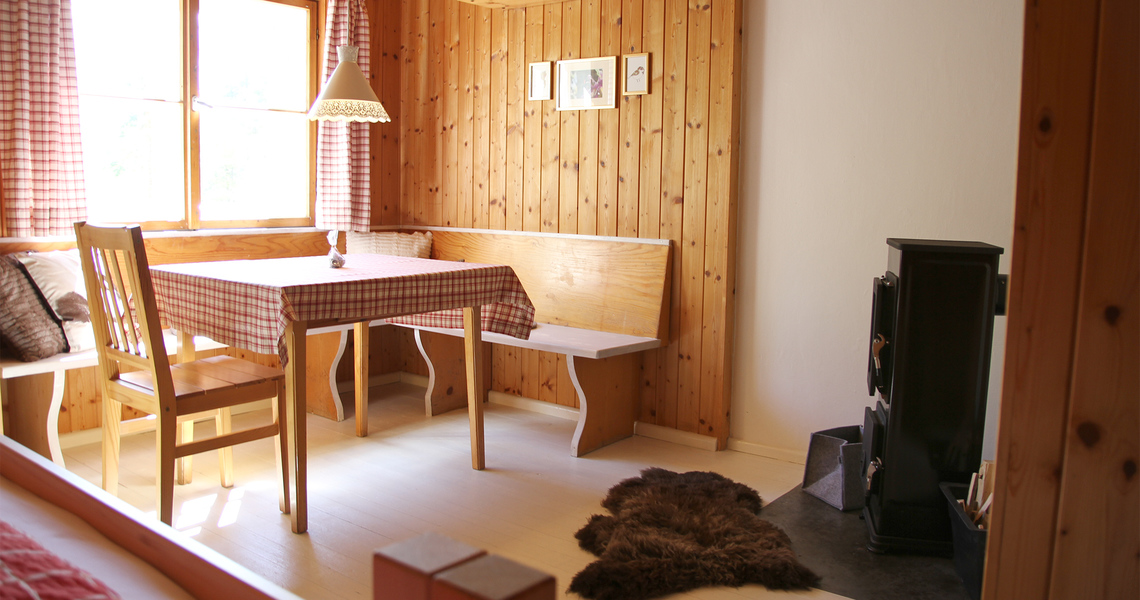 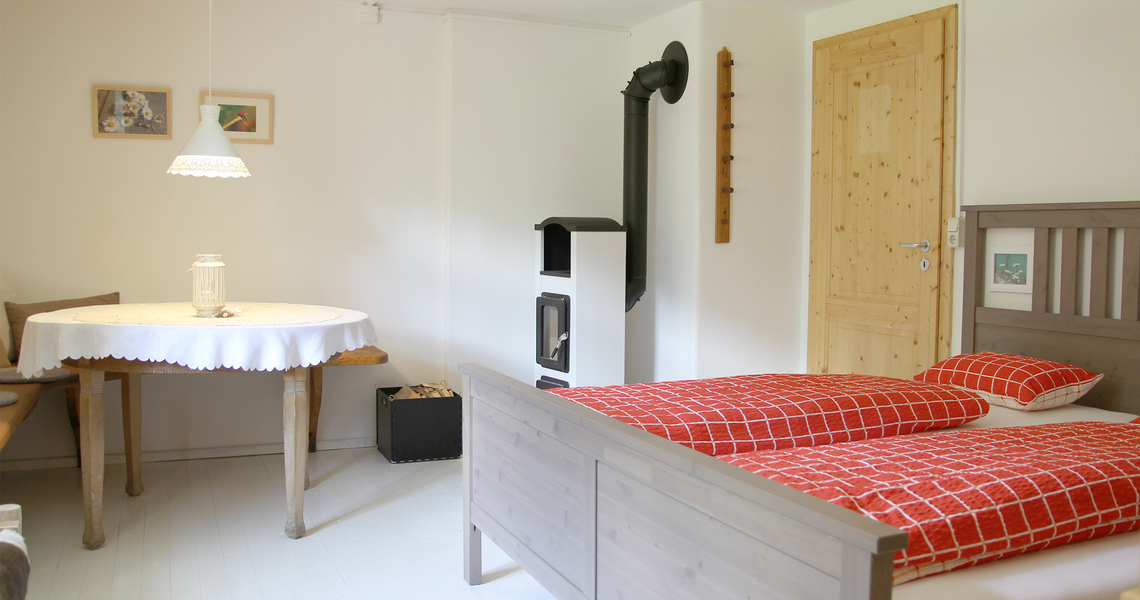 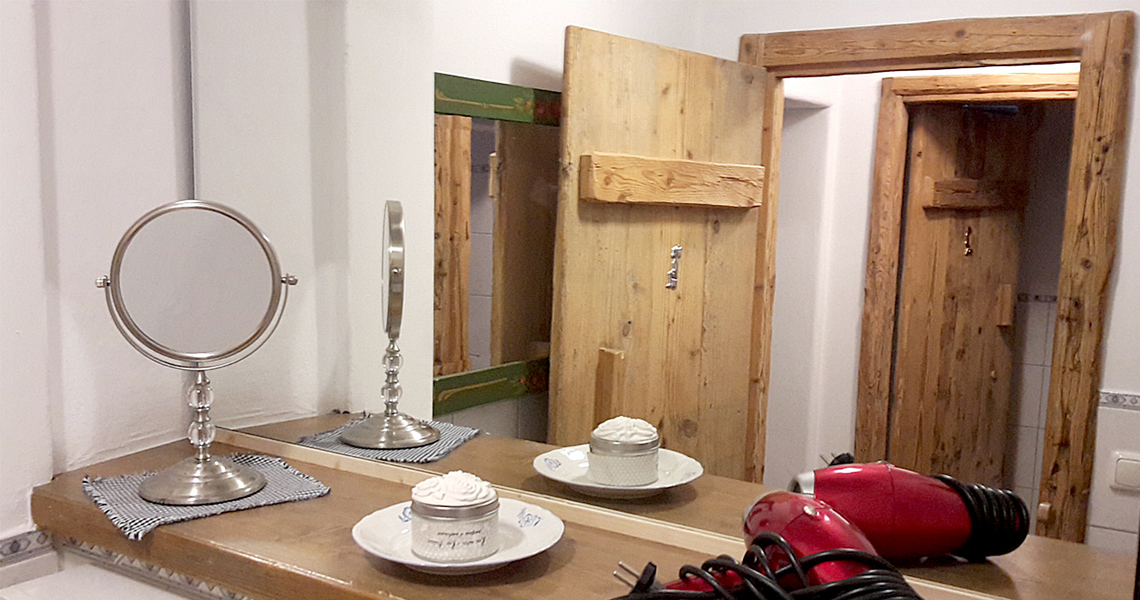 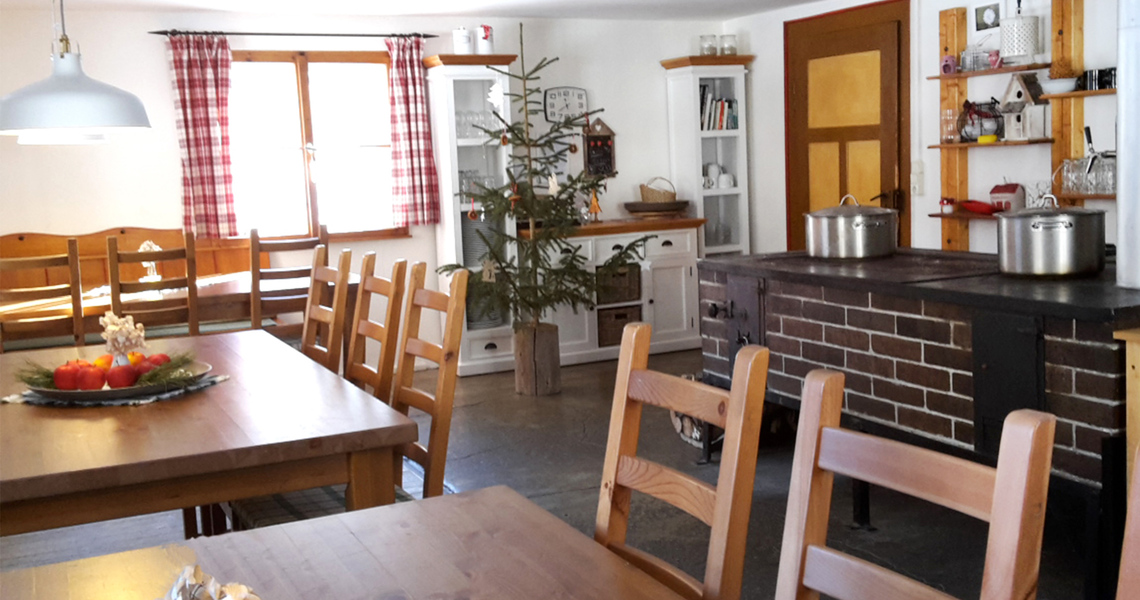 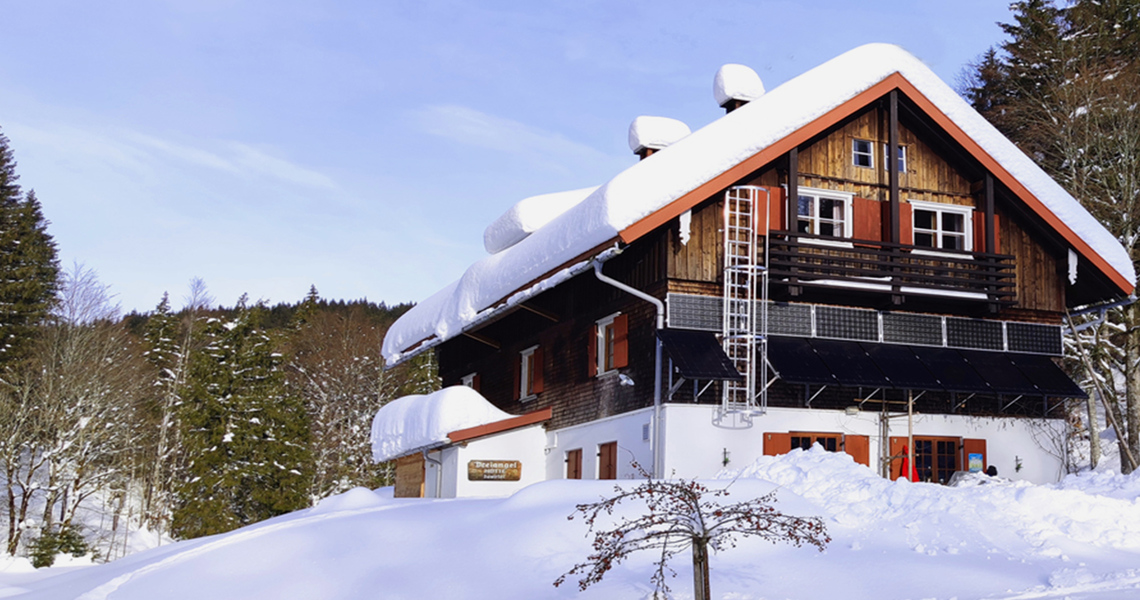 The Berghüs am Grünten (also known as the Dreiangelhütte) is all alone in the middle of the Oberallgäu nature. The view of the Grünten massif with its three imposing peaks is breathtaking. In winter the hut is surrounded by snow and is an ideal starting point for varied ski tours. The animals also appreciate the peace and quiet that can be found here - eagles, peregrine falcons, eagle owls and tawny owls circle majestically in the sky.

The house originally served as the royal forester's house, and some of the original extensions have been preserved to this day. The horses of the forest workers, who had to fetch the heavy logs from the forest while cutting, were stored here. During the one-year war (1870-1871) as well as during the First and Second World Wars, refugees found shelter there. Due to the change in the timber industry and increasing industrialization, the meaning and purpose of the hut became obsolete. Vacancy, severe winter damage and high maintenance costs ultimately led to the hut being sold in 2002.

Today's hosts, the Esterl family, bought the mountain hut and lovingly renovated it. Due to the royal past, they encountered a high quality of construction with solid construction and started the project with the will to preserve traditions and at the same time to give the property a future. After three years of renovation taking into account traditions, the Berghüs was able to reopen. Today the house is not only known for good food, but also for the fact that it is committed to preserving biodiversity in the mountain forest.

ArchitectureThe special location calls for a construction with solid wood and stone structures, which must also withstand the immense amounts of snow in winter. The hut was built around 1854 and the originally preserved floors, stoves, walls and ceilings are evidence of this time. The future and preservation of all buildings and facades in the outdoor area was done with Swedish linseed oil and natural resin paint; Shell limestone colors were used in the interior. New furniture is skilfully integrated into the existing structure. The bright, light-flooded rooms, the cozy parlors and the crackling stoves create an authentic atmosphere in the mountains. The three-year renovation took place exclusively with companies within a 25-kilometer radius. The wood used also comes from the local forest.

FoodSeasonal and regional food is served, mostly organic. Many of the processed products are bought in the nearby area, as it is not possible to cultivate them on the mountain. Most of the juices, beers, water and salads come from Demeter cultivation. For example, Kaiserschmarrn with wild blueberries and many Allgäu dishes are served. But the Älpler-Kässpatzen and the venison goulash with various side dishes are also popular. The organic coffee is fairly traded and is served with delicious, homemade cakes, apple strudel or apple fritters. There is a large selection of vegan and vegetarian dishes, and the kitchen is happy to pay attention to food intolerances.

SocialAll employees working in the accommodation live in the same place. The hosts are involved in small regional projects, the promotion of kindergarten and have taken on a sponsorship through Plan International. The host family also financially supports the Bund Naturschutz Bayern eV.

EnvironmentOwn electricity is generated by a photovoltaic system. There is a storage tank for 500 liters of hot water and electricity. If the sun is not shining strong enough, a condensing boiler steps in to ensure the heating and hot water supply. There is also a highly effective, sulfur-free emergency power supply with heating oil. Eleven wood-burning stoves, some of them historic, have been approved according to the new standards. Cooking is done with a liquid gas system.

Well-BeingThere is a hot tub, which is heated in winter, and a swimming lake to be able to cool off in summer. In addition, the view of and movement in nature ensures a special kind of well-being. In the Oberallgäu you can go hiking and bike tours.

From Kempten it takes just under 40 minutes to the hut (35 km), from Munich it takes a good 2 hours (158 km), from Zurich it takes just under 3 hours (187 km) and from Stuttgart just under 2.5 hours (209 km). In summer, the car access leads via the specially created toll road to the hut parking lot, on arrival and departure to the hut (1000 m). In winter there is a luggage transfer and snowshoe service from a free car park in Adelharz. The exact address and directions can be found on the website.

From Burgberg in the Allgäu you can take the Erzgrubenbähnle to Erzgruben. From there you walk about 40 minutes on a flat path to the Dreiangelhütte.