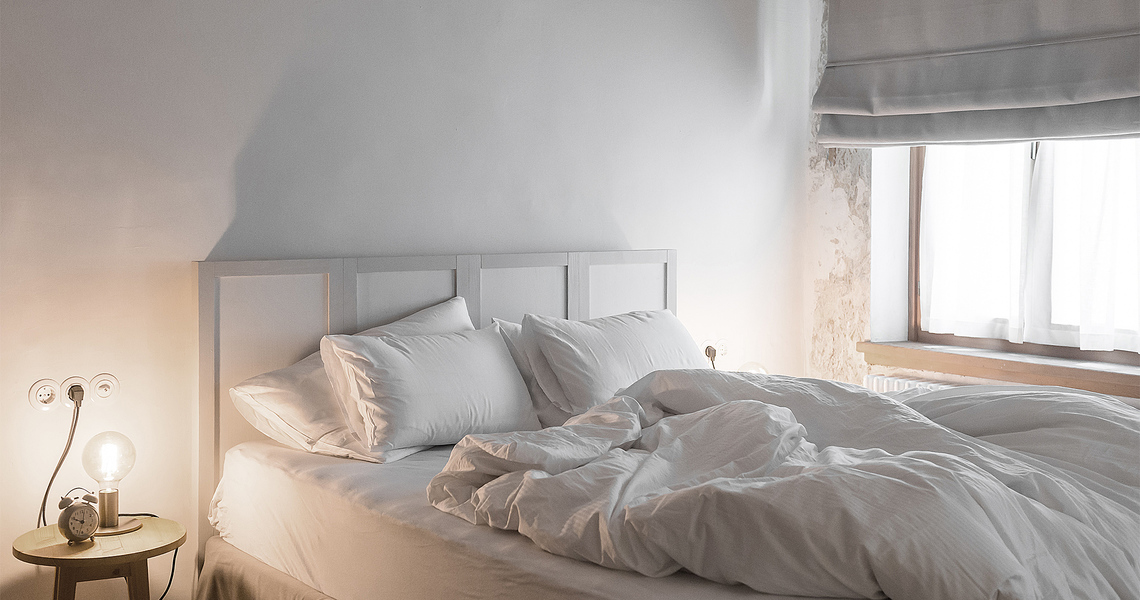 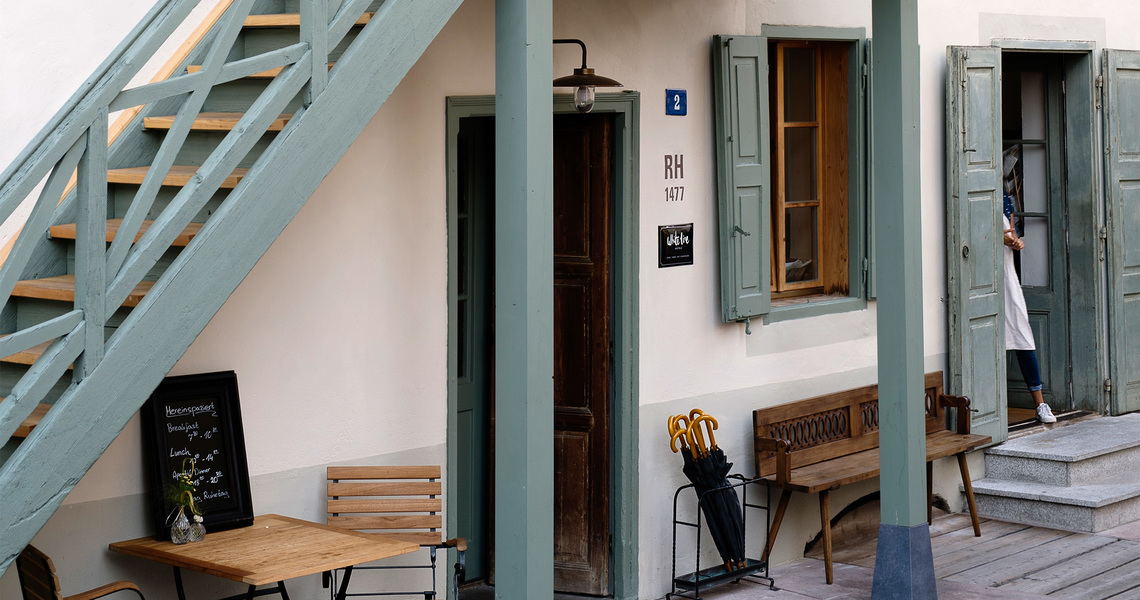 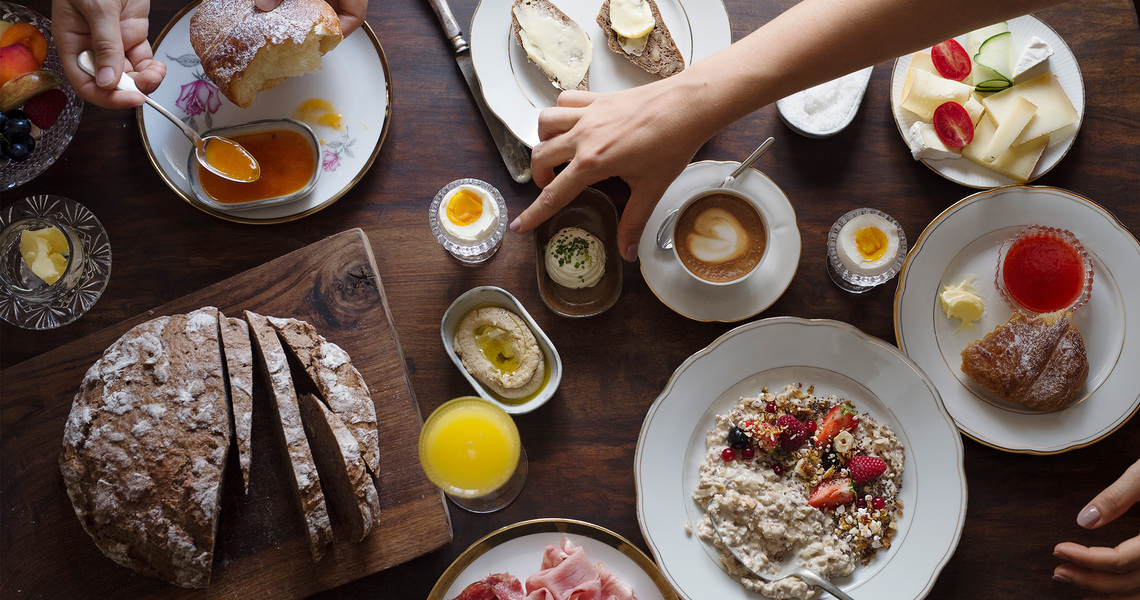 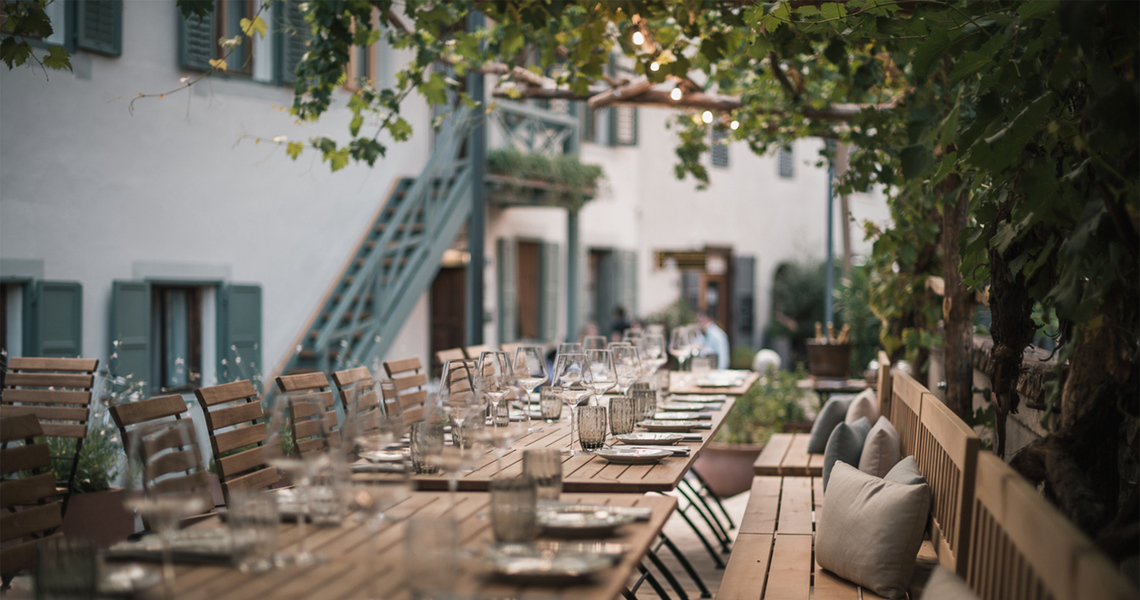 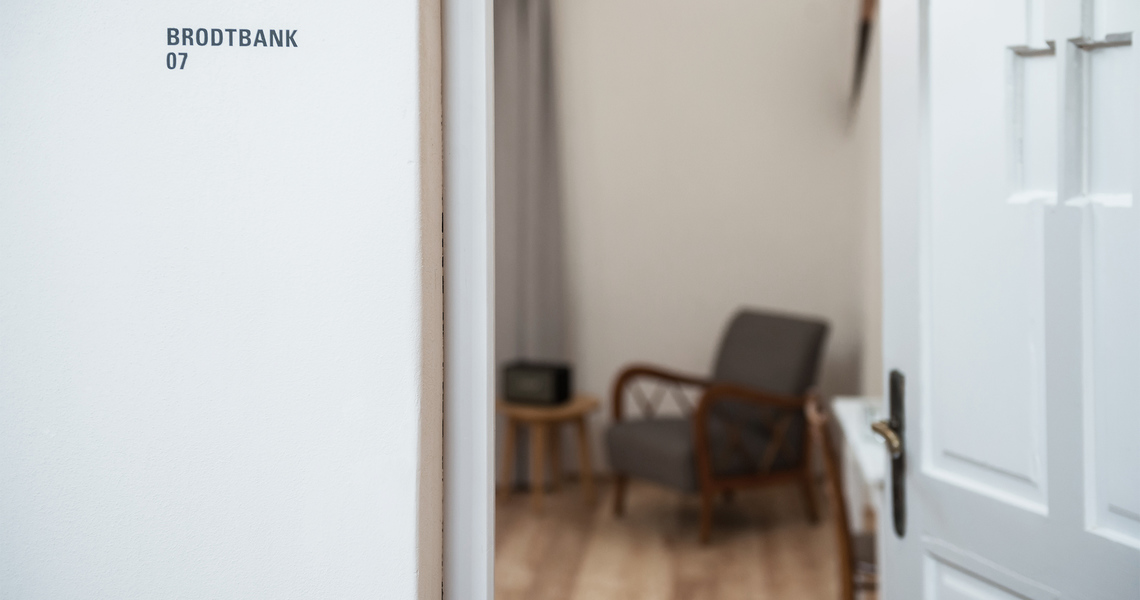 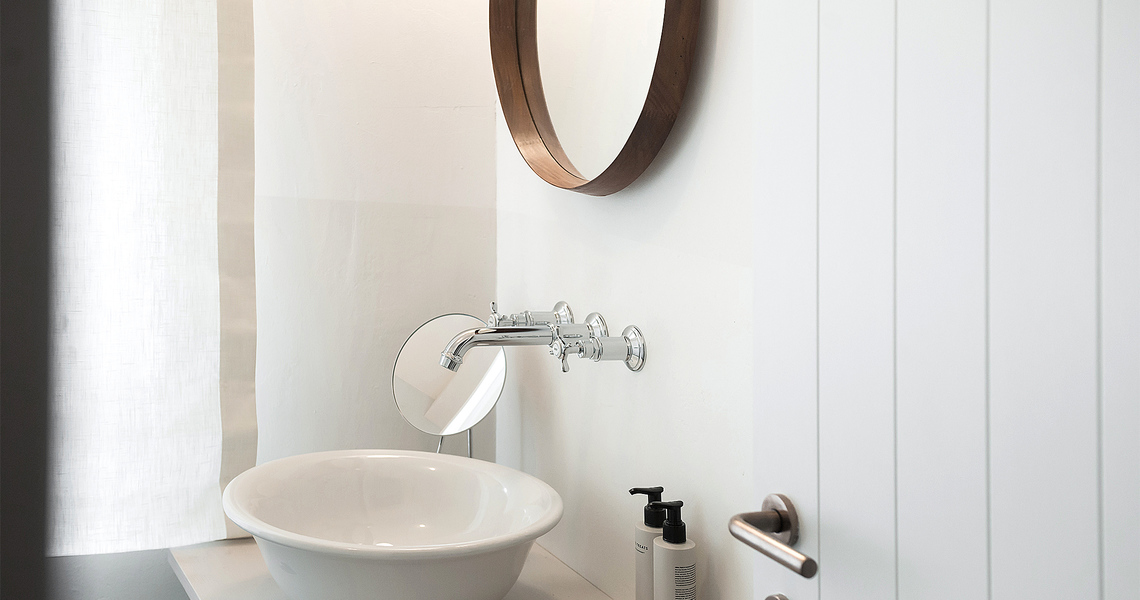 In the city center of Lana there is a more than 500 year old building, which was extensively renovated and rebuilt as an inn: the Reichhalter. Since July 4, 2018, it has opened its doors and invites guests to live in an old but at the same time state-of-the-art building.

Depending on the location, the eight rooms offer views of Braunsberg Castle in the Ultental or on Mount I fi nger. Inside, a sense of something old and revived can be felt as many of the elements that were previously restored in the house, including the old plank floor, stoves and some furniture. Moreover, the Italian influence in the design of the 1960s is immediately recognizable.

The special feature of the Reichhalter is that the guests become part of the village hall. In the room, where breakfast is taken in the morning, also locals from Lana and the surrounding area come by for lunch. Since the Reichhalter is located in the pedestrian zone, you get the buzz of the city directly, without being distracted by it. It's more like being inspired and creative watching. The culture of the place can be easily experienced, because only a few meters on foot, sights, churches or small, affectionate shops can be discovered.

The concept was developed by managing director Klaus in collaboration with two restaurateurs. Klaus takes care of the organization and letting, Andreas and Martina take care of the culinary as well as the homemade patisserie.

ArchitectureThe house was extensively renovated: the outside leads a staircase to the floors above, inside a lift was installed. Each room shows traces of the past, either the floor being sanded or the furniture already standing in the house and being restored. The old room keys are in use again today. The renovation took place with local craftsmen and the architect Zeno Bampi. All the wood and other materials come from the region. The interior designer Christina von Berg provided the ultra-modern and at the same time minimalist facility, which should not distract from the essentials. The artist Jasmine Deporta photographed the life and history of the house. Each room has a photograph taken in this room.

FoodThe philosophy of the kitchen is local and sustainable. There are no finished products used to make the dishes. Everything is homemade - from lemonade to jam. Many small producers from South Tyrol are supported, as well as the tea supplier Monthea. Most of the bread is homemade and the vegetables are sourced from the farmer around the corner. Of course, cheese and home-made bacon should not be missing in South Tyrol. An excerpt from the spring card is: dandelion salad with a organic egg, with homemade bacon; or the popular asparagus from Lana. Vegetarian dishes are offered, vegan is available on request.

SocialThe 10 employees working in the Reichhalter come from the area. The exception is a chambermaid who comes from Africa. The Reichhalter supports various art and cultural projects. Artists from the region are free to exhibit their works in the Reichhalter or to give book readings. Once a year, "Lana meets Jazz" takes place - the artists are allowed to stay in the hotel free of charge.

EnvironmentFrom the beginning it was clear that sustainability should play a major role in the Reichhalter. For example, there is little packaging and the waste is strictly separated. Many old things like porcelain or furniture are used in style. Appreciation and transformation will give them a second life instead of throwing them away.

Well-BeingNo TV was deliberately placed in the rooms, so guests will have time to read and relax. In every room and also in the entrance area there are interesting books and magazines, which can be discovered. You can also eat, read and relax on the roof terrace. The spa area of the neighboring Schwarzschmied Hotel may be used free of charge. Guests of the Reichhalter can find relaxation through yoga lessons, a gym and beauty treatments with natural cosmetics by Susanne Kaufmann (not included). The offer is rounded off with two pools (indoor and outdoor brine), saunas and a steam bath. In each room, guests will find a yoga mat that they can use to do yoga in their room or on the rooftop terrace.