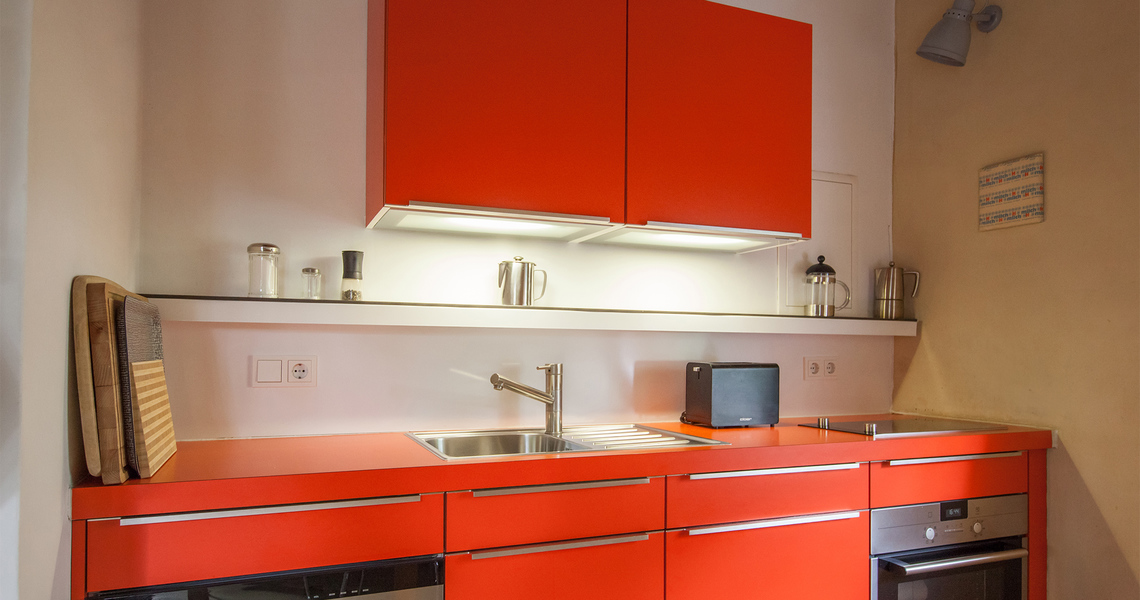 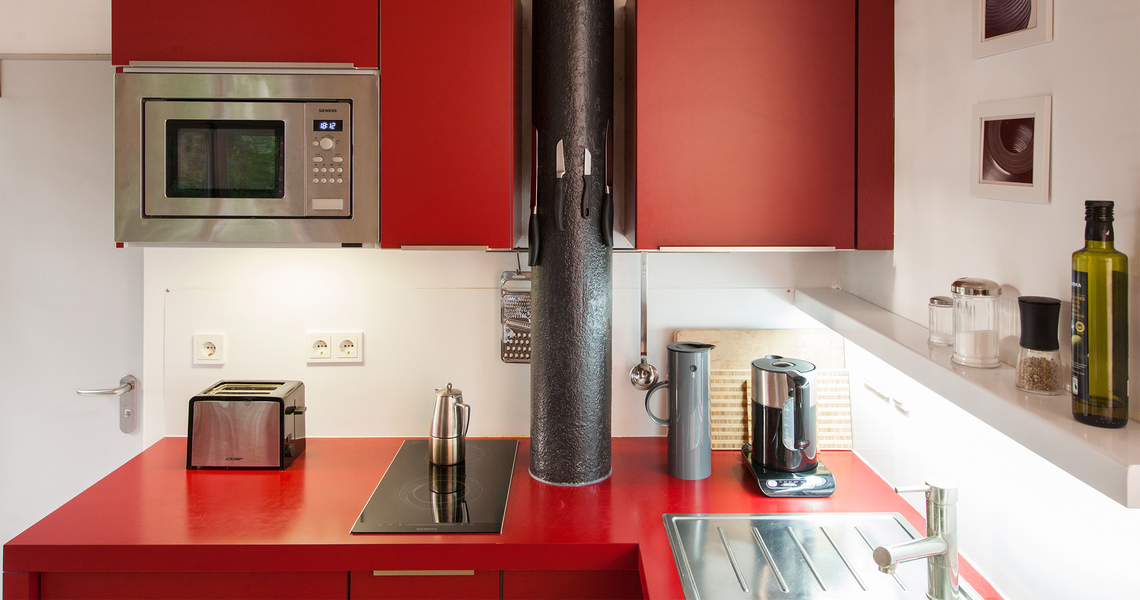 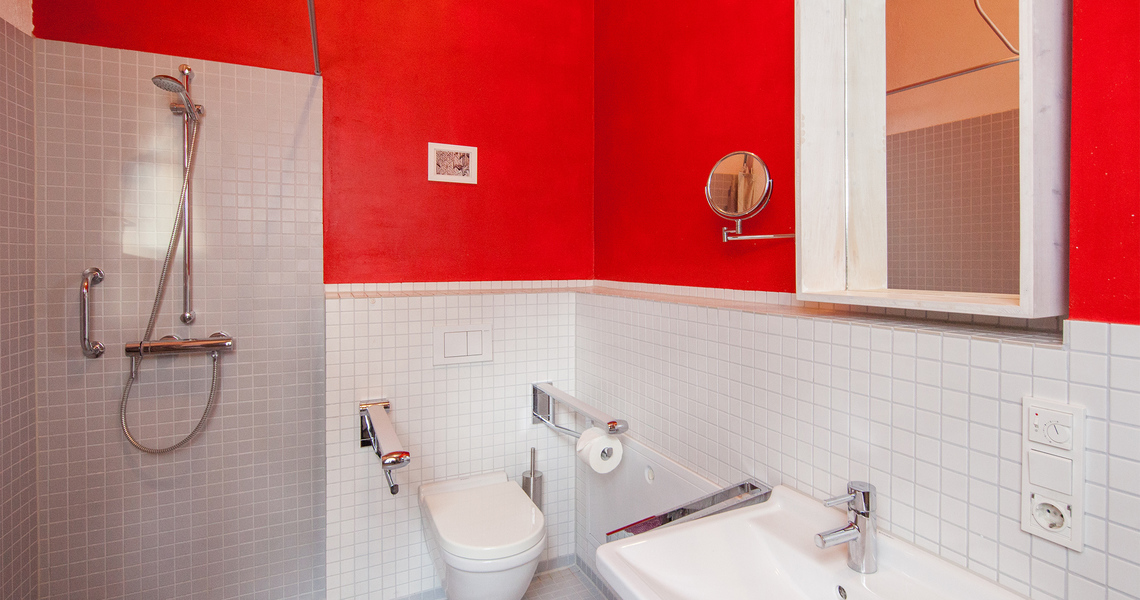 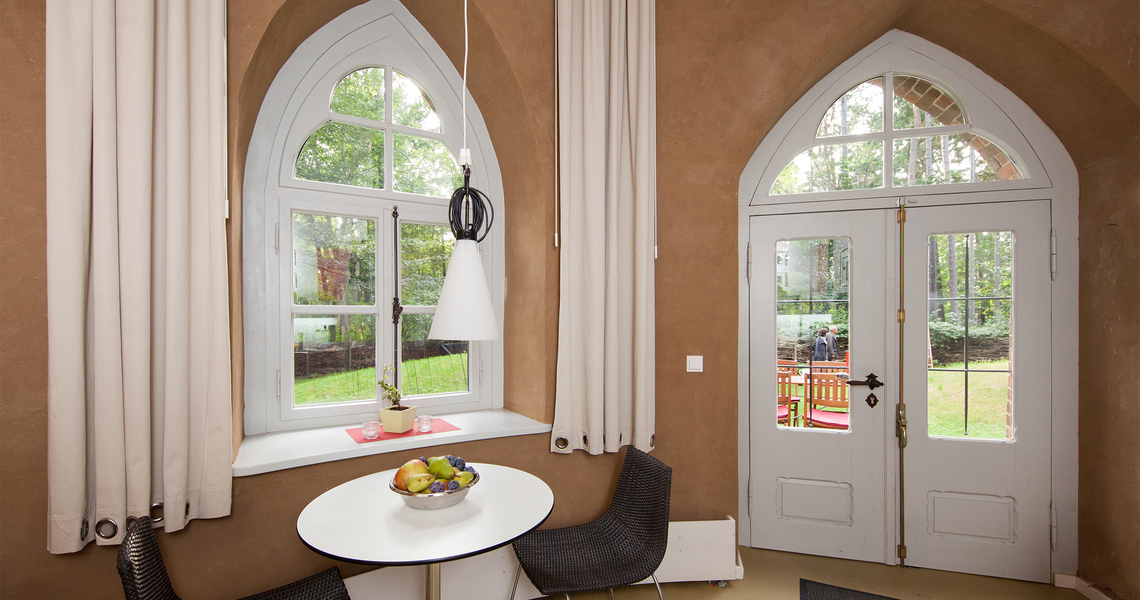 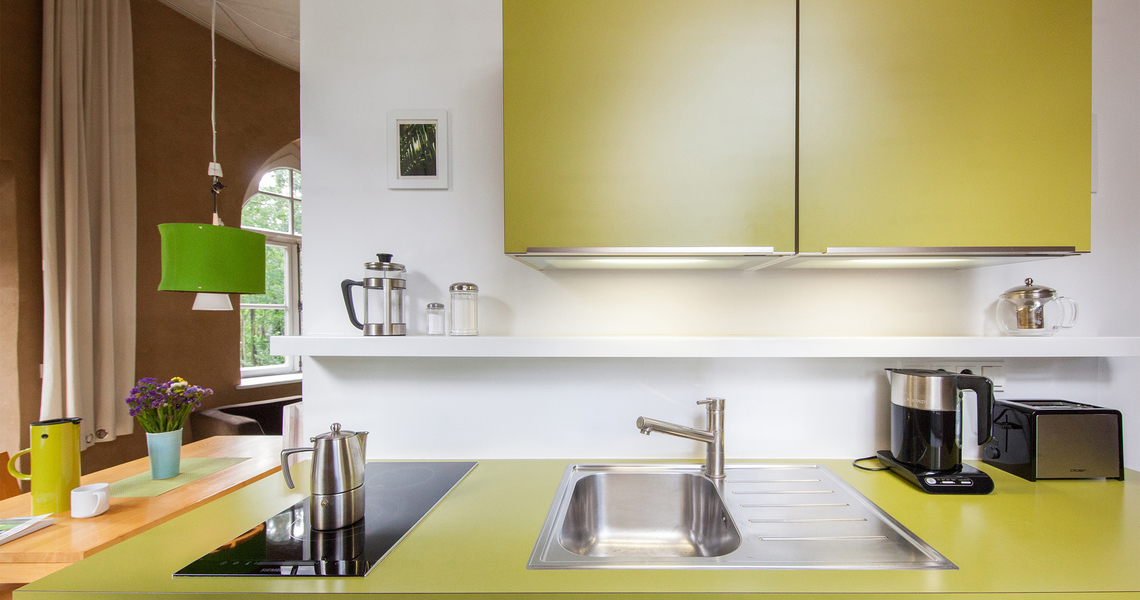 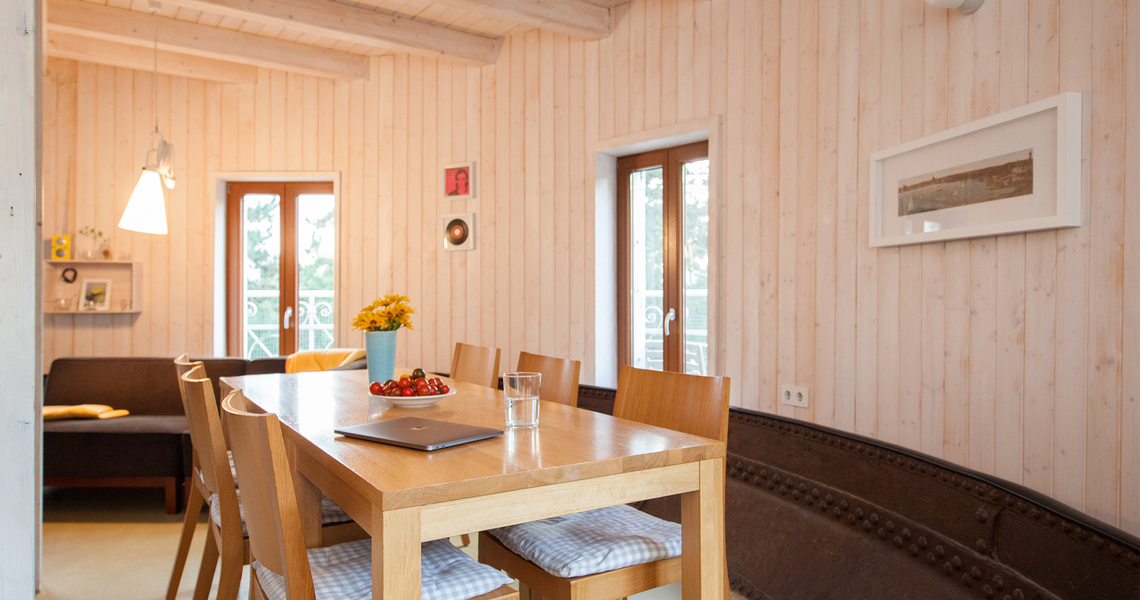 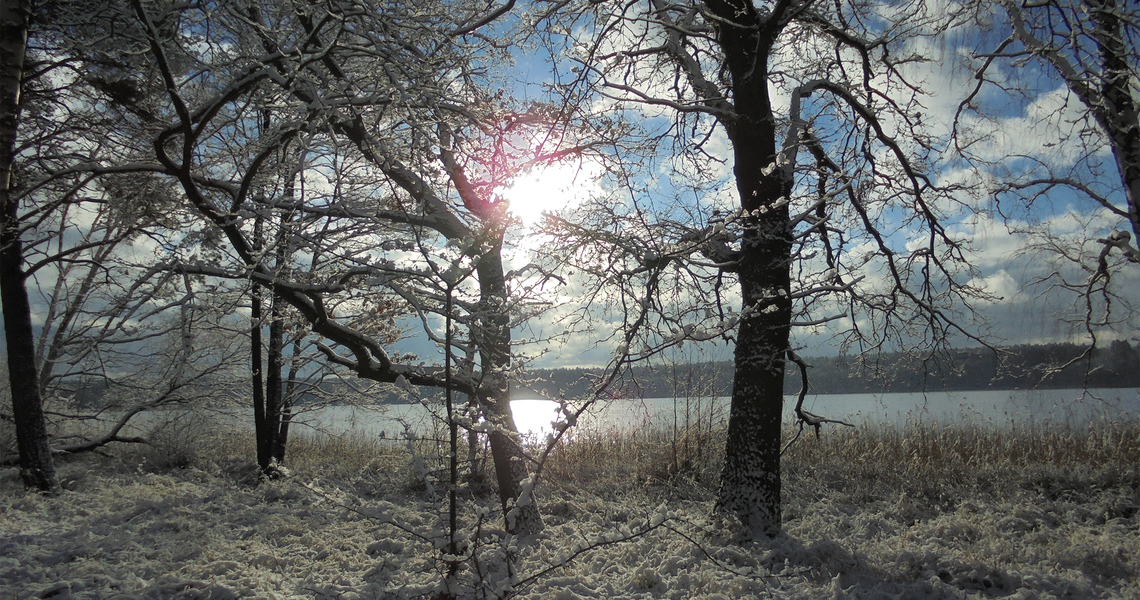 You can spend the night in a real water tower in the Waren water tower on the Mecklenburg Lake District. The tower, which is around 120 years old, is located a little away from downtown Waren, in the middle of greenery, has been divided into four holiday apartments. Each of them has its own charm and some details are reminiscent of the building's earlier use. In just a few minutes you are in the Müritz National Park, at a swimming area or in the city of Waren.

In 2010, BEWAHREN Ferienhaus eG was founded and the water tower, which had fallen into a deep slumber, and the property were bought by the city of Waren. The hosts were originally looking for a small leisure / holiday property among friends. When they discovered the tower, it clicked immediately - it was love at first sight. Since the tower was much larger than originally intended, further comrades-in-arms were sought inside. These were found quickly and so the cooperative now consists of over fifty members.

Each of the apartments is unique. The furniture is tailor-made in order to use the tower area as ef ﬁ ciently as possible. Despite its functional simplicity, the furnishings are warm and comfortable and have some creative detailed solutions. It was important to provide the guests with storage space for their luggage. The three lower apartments have a ceiling height of three to five meters. Gothic-looking windows let in plenty of light on the ground floor and first floor. On the second floor, circular windows over a meter wide inspire and invite you to sit down with their large niches. The top apartment extends over two floors flooded with light with great views all around.

ArchitectureThe listed water tower, which was built around 1900, enchants with its clinker brick and half-timbered facade, which the hosts carefully added a few additional windows and balconies to the inside. The expansion was carried out with the most ecological, durable materials such as clay plaster, wood or linoleum. The renovation and expansion of the water tower and the associated property was largely carried out with companies. from the region. Local companies are also used for today&

SocialAll employees who look after the tower and the guests on site come from Waren. It is important that the booking and cleaning team has permanent, year-round employment contracts. The cooperative pays fair salaries and ensures a good working atmosphere through regular exchanges with local staff. Because a lot of value is placed on the motivation and positive charisma of the employees. Some employees were able to support the hosts in their reintegration into the labor market. The cleaning of bed linen and towels has been done for many years in cooperation with the Lebenshilfswerk Waren, which gives people with disabilities the opportunity to participate in working life.

EnvironmentCity gas is used for heating, the living areas are compact and optimally used living areas. The top apartment is adorned with wood paneling and the flooring in all apartments is made of linoleum. When it comes to furnishing the hosts, the following applies: &quot;KEEP&quot; inside instead of buying new things. If something new is bought, it is as sustainable as possible. The jackdaws originally living in the tower roof were moved into separate boxes in cooperation with NABU Waren Bird and bat boxes were installed in the garden and on the tower. A Benjes hedge as a property fence offers small animals a natural habitat and is more “permeable” than a chain-link fence - the tower is regularly visited by deer, fox, hedgehog &amp; Co.

Well-BeingIn the immediate vicinity of the water tower is the Waren Kurzentrum, where treatments can also be booked after consultation. Further offers for the care of body and mind can be found in the city of Waren. In addition, the quiet location of the property and the rustling of the wind in the trees have an effect. There is something for everyone in the area around the water tower: hiking in the national park, cycling around the Müritz, water sports on one of the many lakes (including rental options within a radius of around 15 minutes), a long stroll through the city, a visit to the climbing garden or one the Waren museums, a boat trip on the Müritz or an excursion to the Renaissance castle in Güstrow.

The nearest train station is in Waren. From there you can either take a leisurely walk (2.6 km) and take a look at the city, or take a taxi or take the bus in the direction of Ecktannen, get out at "Jugendherberge" and walk from there.