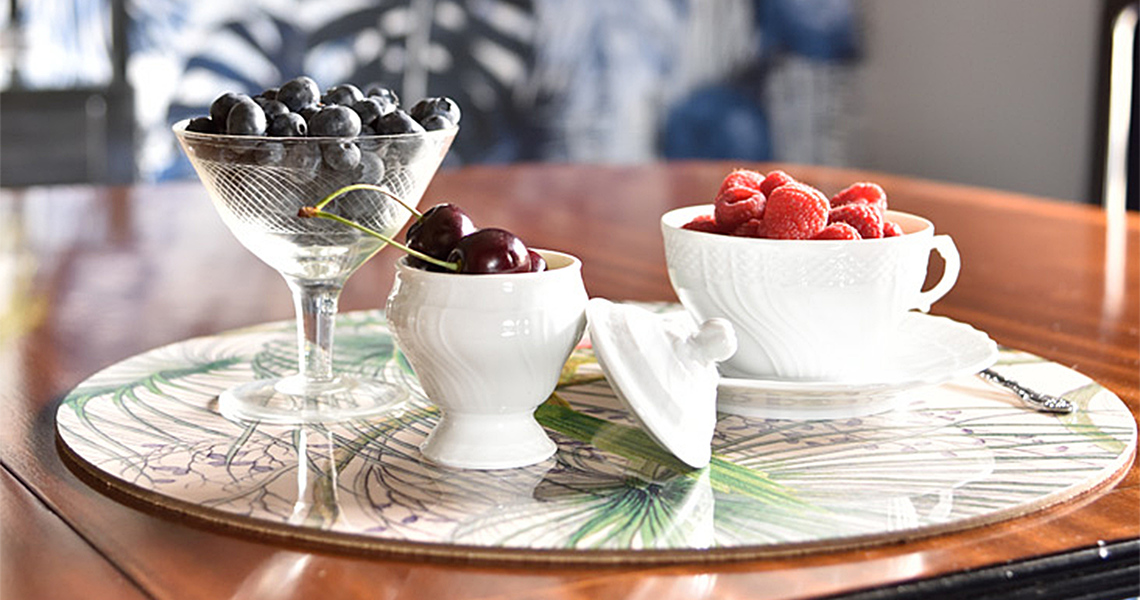 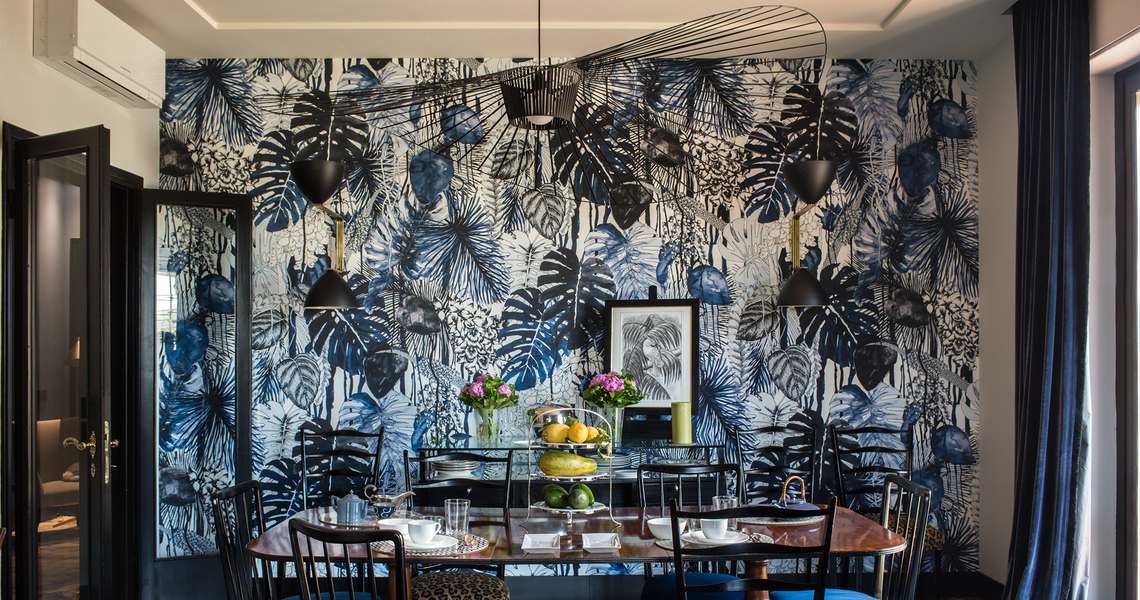 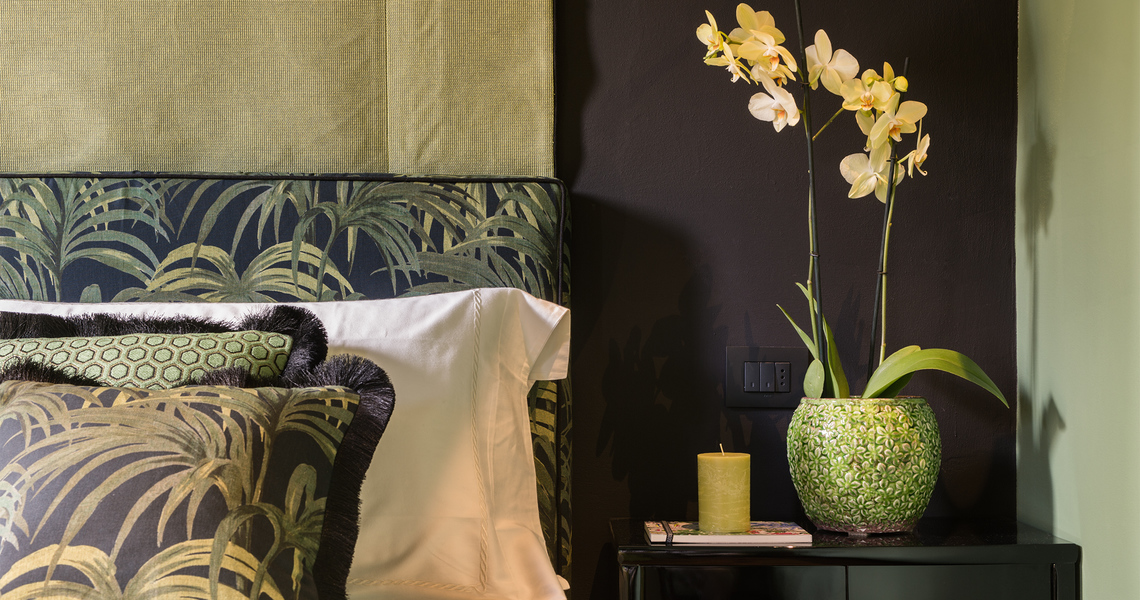 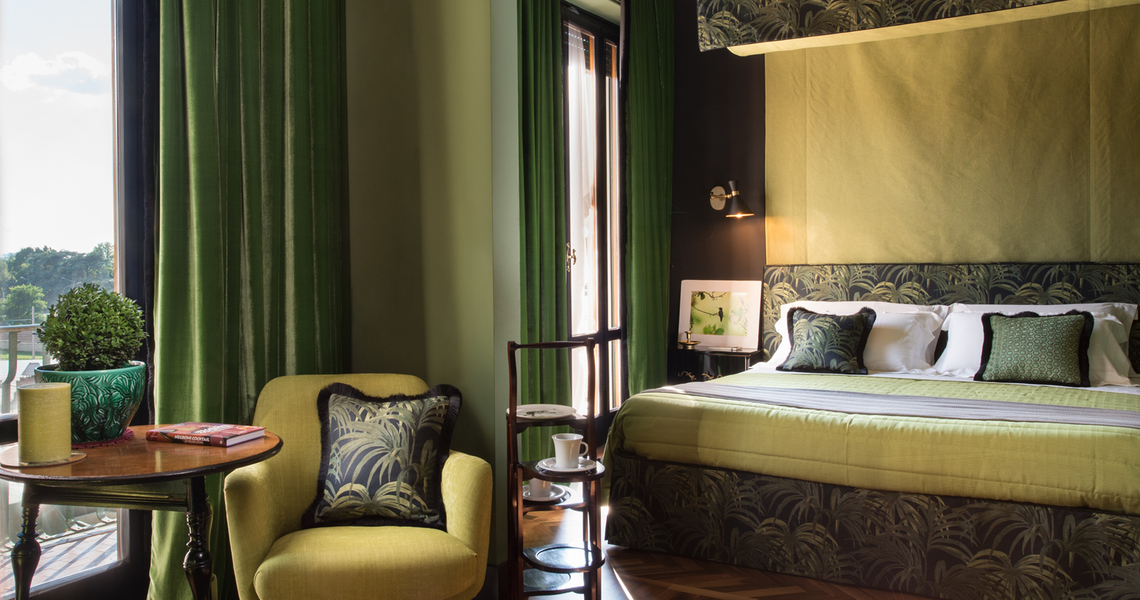 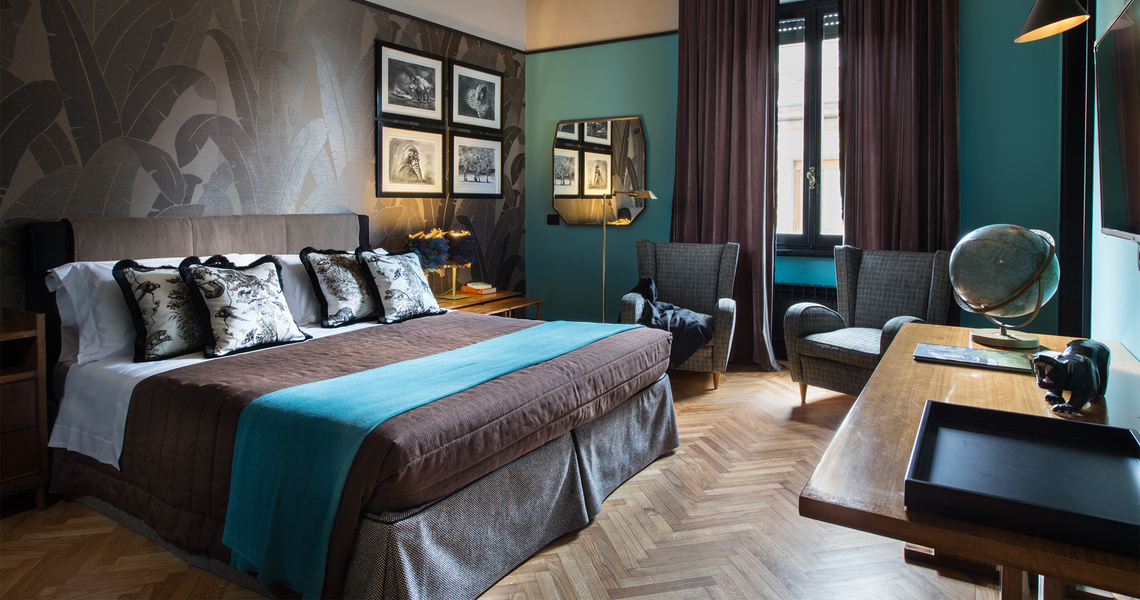 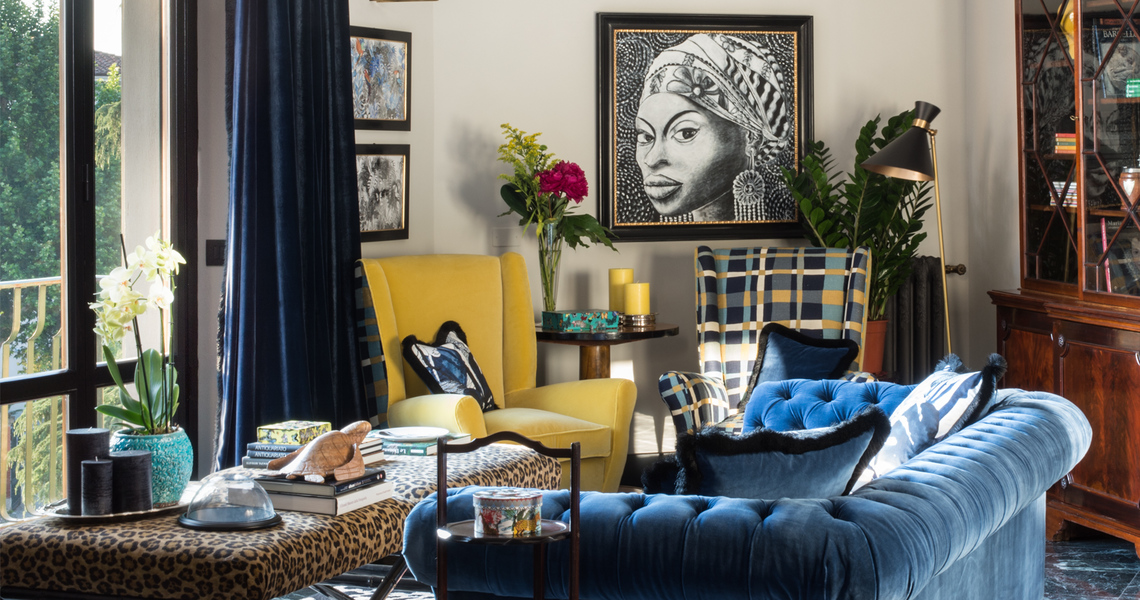 The host of Velona's Jungle is Veronica, a lovely Italian who always treats her guests like good friends. The guests can look forward to a warm welcome, during which they are not only guided through the impressive accommodation, but also receive all sorts of tips for Florence, small shops and delicious restaurants.

Veronica got to know and took over the warm hospitality from her grandfather - just like the house. Her grandfather, an antiquarian, lived there for many years with a collection of art objects and paintings that he had acquired on his many trips. "Velona" is named after the family name of the grandparents, because the house is full of the history of their ancestors. After the grandparents' death, the family did not want to give up the house and decided that it should become a hotel.

The family helped together with the loving renovation; the hostess's aunt took over the painting of the colorful rooms, which took her a year to do on her own. Veronica moved back to her homeland in Florence and opened the newly renovated property in 2017. Velona's Jungle displays antiques and modern decorative elements. There were also striking wallpapers, special lamps and textiles by designers such as Christian Lacroix and Ralph Lauren. The four suites are pompously furnished and show art objects and furniture from the mid-20th century. The suites were named after people who cared about nature or travel: Charles Darwin, Dian Fossey, David Livingstone and Gerald Durrell.

With her accommodation, Veronica wanted to create a place that brings nature inside. Each of the four rooms has been decorated in a different style and has been given its own paint scheme that was inspired by nature. The hostess wants to convey a different kind of tourism that respects the environment and culture. She wishes that the guests learn to love the city of Florence as much as she does and see it through the eyes of the locals. For this reason, she likes to pass on insider tips and often asks guests in advance what they are interested in so that she can write them down a small list or organize one or the other, such as a city tour.

ArchitectureThe building dates from the 1930s and it was particularly important to the hostess that the old structure be retained during the renovation. The windows have been reinforced so that the house retains the temperature better (insulated from the heat in summer and gives off heat in winter). Shutters were installed in order to additionally protect the rooms from the strong sun in summer and in the end to avoid having to resort to air conditioning. Many of the building materials used, such as the wood paving, were made in the region.

FoodThe distances are kept short for the food that is served for breakfast or in the minibar. Most of the products come from the region. In the hotel there is only vegetarian food. For breakfast there is a selection of vegetarian delicacies such as croissants, which are made with olive oil instead of butter (vegan), freshly made omelettes or typical Italian biscuits. Here, too, the special hospitality is evident, because Veronica asks about preferences and arranges them especially for the respective guests. We generally try to meet guest wishes. Special attention is paid to intolerance and a purely vegan breakfast is also possible. Veronica is also happy to make reservations for lunch and / or dinner in neighboring restaurants.

SocialThe entire staff comes from Florence and receives a higher salary than the local average wage. Veronica supports local businesses by buying regional products or recommending nearby restaurants. In addition, an association is supported where sick people work: Veronica buys small bags or other products and gives them to her guests, or acts as an intermediary between the association and guests if they want to buy something themselves.

EnvironmentThe hostess tries to think sustainably in all areas: the slippers in the rooms are made of natural materials and the hygiene products contain only natural ingredients and are produced in Florence. Veronica makes sure to keep the Velona's ecological footprint as small as possible.

In a city that sometimes seems devoid of locals, Florence’s impressive Velona’s Jungle Luxury Suites stands out not only for its exquisite interior design, but also for its authentic Florentine hospitality. One of the most striking features of this unique boutique b&b is its exotic jungle-inspired décor.

A design-led guesthouse nestled in a 1950s palazzo in the secluded quietude of via Montebello, a pawprint from the greenery of the city’s principal Cascine Park, the nature theme at Velona’s Jungle adds more than a splash of eclectic originality and flair, while never letting you forget where you are... a stay at Velona’s Jungle is a walk on the urban wild side, which nevertheless guarantees sumptuous slumber thanks to the homeliness and hospitality lavished on guests by owner Veronica Grechi.