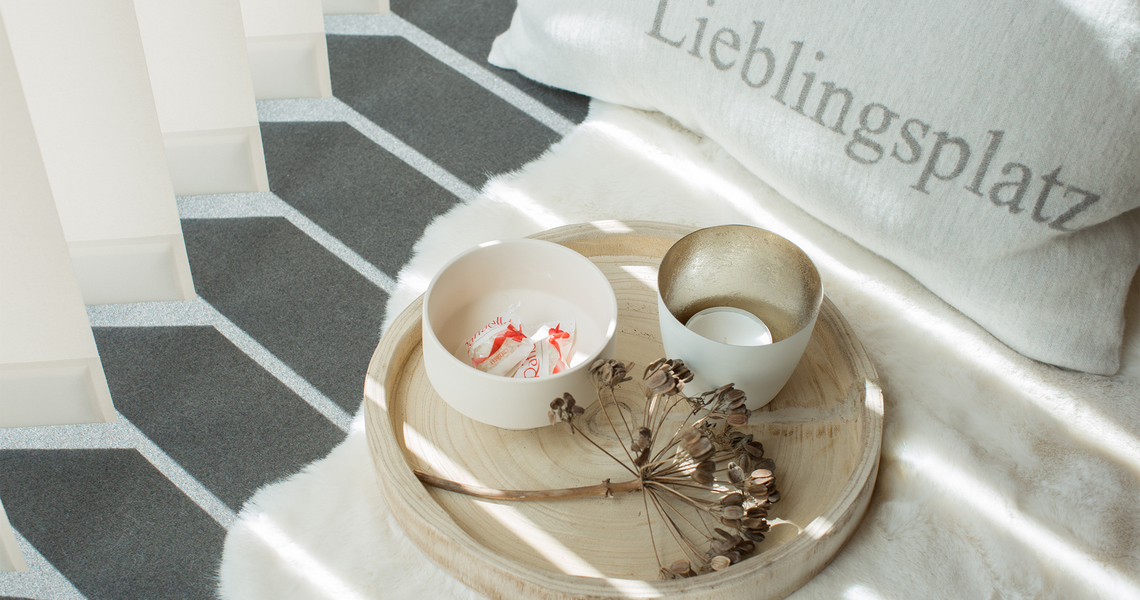 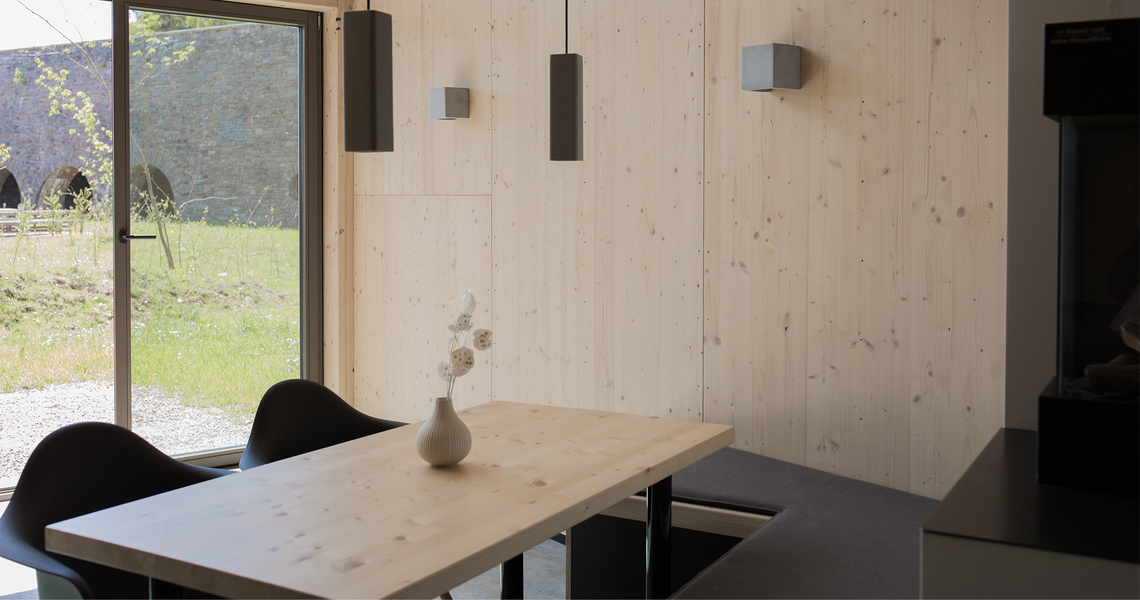 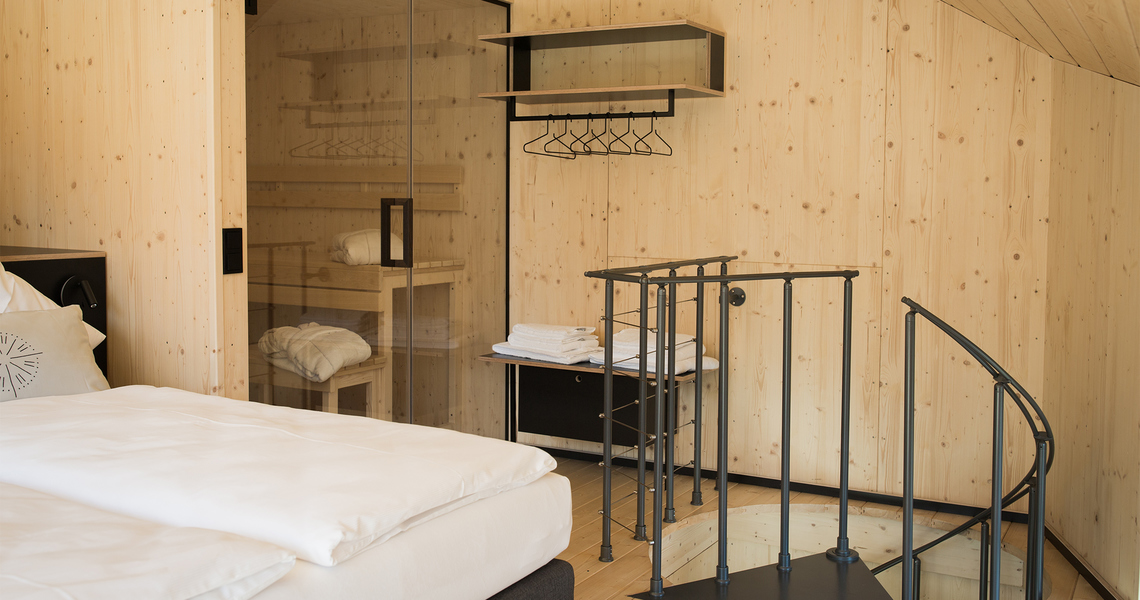 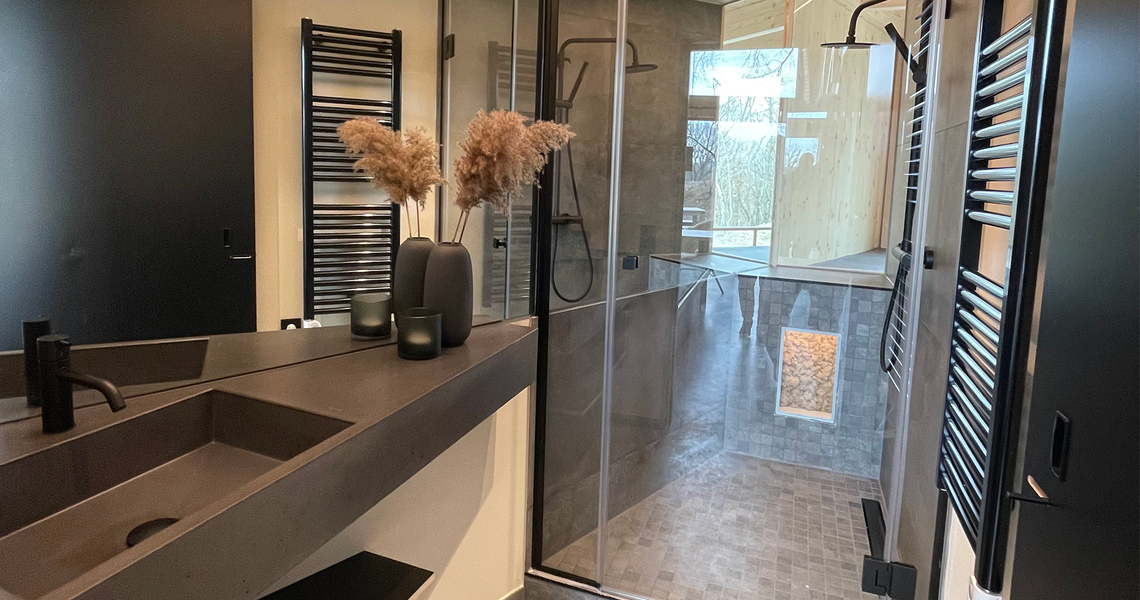 The seven architecturally striking houses of NEUGRAD stand in the middle of the Eifel National Park, as if randomly thrown. Connected by winding paths surrounded by the fresh green of young trees and bushes.

The cabins themselves somehow have the character of a loft, but just in "mini". The equipment is luxurious and very comfortable. Through the large windows, light and nature shines in from everywhere, which here in the Eifel can still thrive in a particularly intact and lush way. Outside, the national park invites you to take a variety of walks and hikes. And if the weather should be bad, the guests can also relax inside by the fireplace or in the sauna without any pangs of conscience.

The makers of NEUGRAD Frank Zweigner and Frederik Eichen have thought carefully about whether they can build their holiday destination right next to a complex that is as historically burdened as the former NS Ordensburg Vogelsang. And have decided that not only can they do it, they actually want to. In the meantime, a large number of non-profit and creative initiatives have emerged in the huge historical complex. NEUGRAD would like to contribute to this new diversity.

ArchitectureSomehow "weird" the cabins of Neugrad. In fact, they are unmistakable with their diagonal roof ridge pitched at 23.5 grads (or grads). The diagonal also runs through all floors inside. This creates many cozy little corners, whether on the stove bench, halfway down the stairs or somewhere in between. The lack of the usual 90-degree angles is stimulating for the eye and brain and makes the cabins particularly interesting despite their coziness. It is obvious that the people here have put a lot of love into the details of the architecture and furnishings. During construction, mainly ecological building materials and efficient insulating materials were used. The surfaces, mostly made of wood and concrete, are treated with natural oils. Harmful paints and colors were avoided. A low-emission system is used for heating and the anti-reflective glass facades store thermal energy.

Environment1,600 local plants were replanted on the car-free property to create a natural garden in which the cabins are gracefully distributed. As few areas as possible were sealed and light pollution is kept as low as possible by very discreet outdoor lighting. This makes Neugrad a place where you can observe the stars particularly well. Where a lot of nature, also a lot of animals. The glass facades of the cabins are specially anti-reflective, which prevents bird strikes. And for the ecologically important bats, several breeding sites have been created on the site.

The nearest train station is in Kall. From there, the national park shuttle SB82 runs to the property.