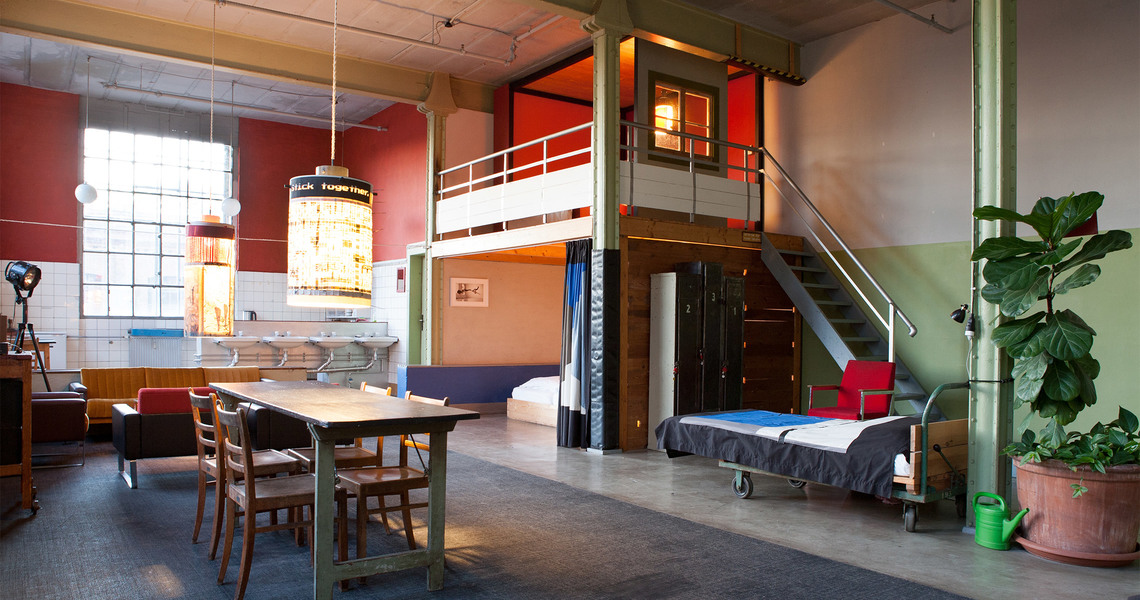 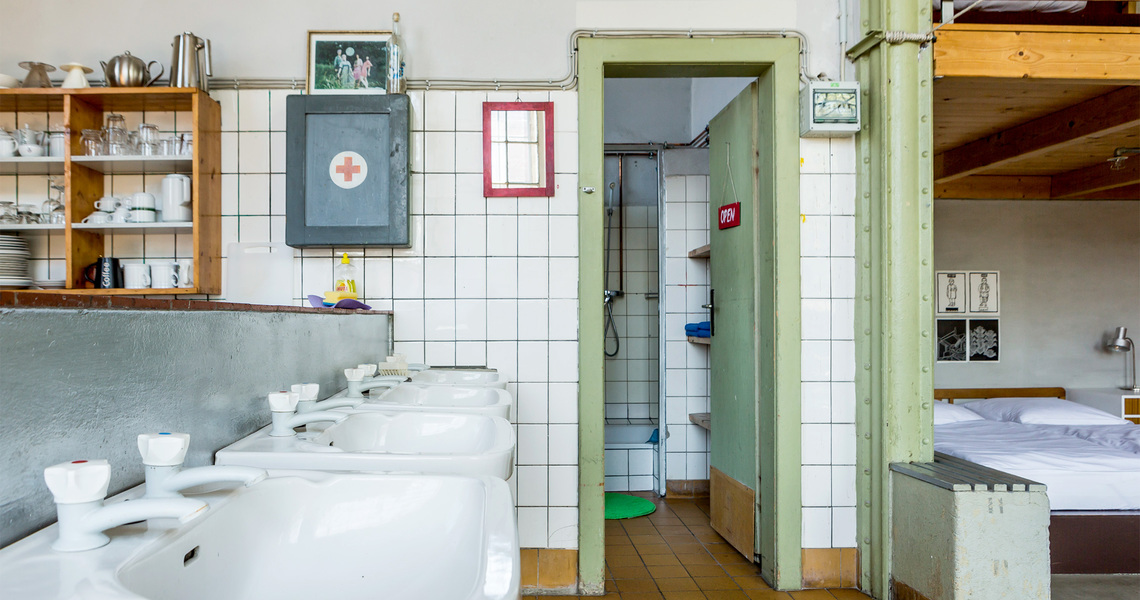 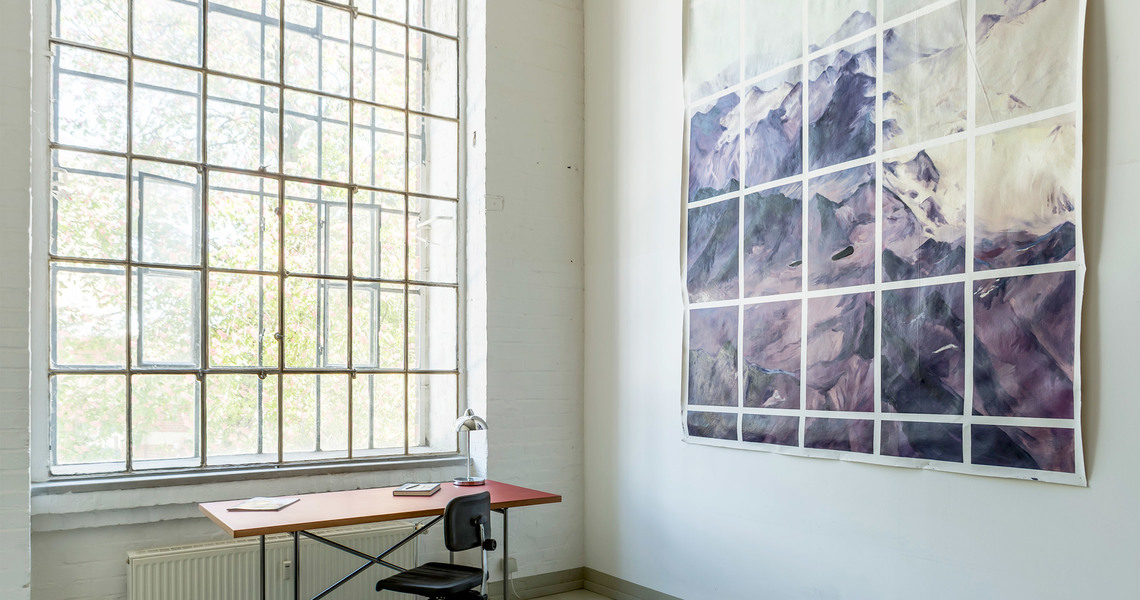 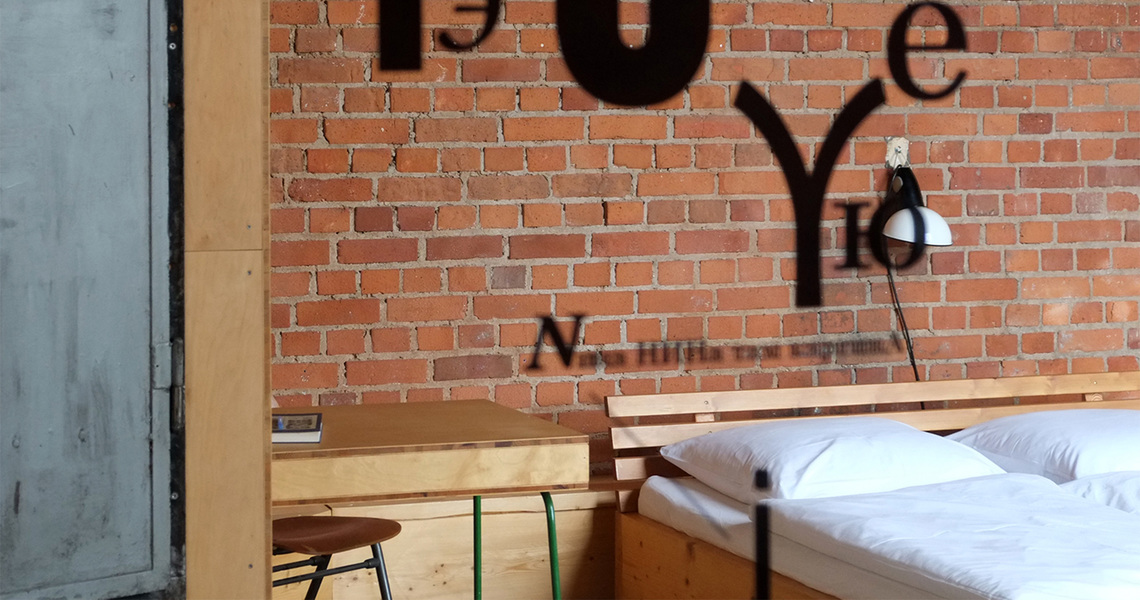 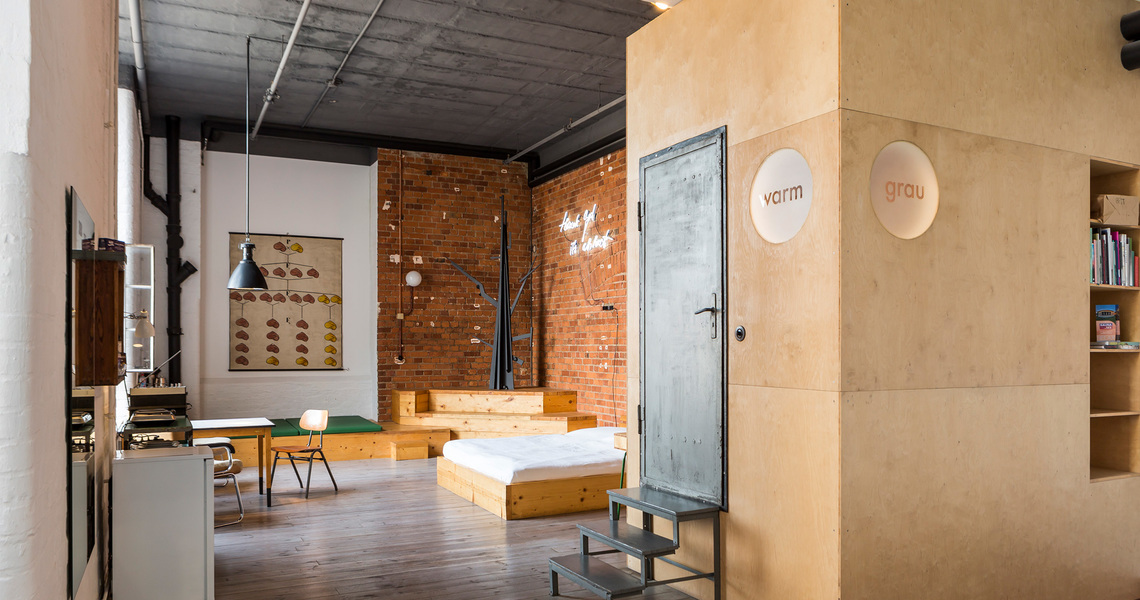 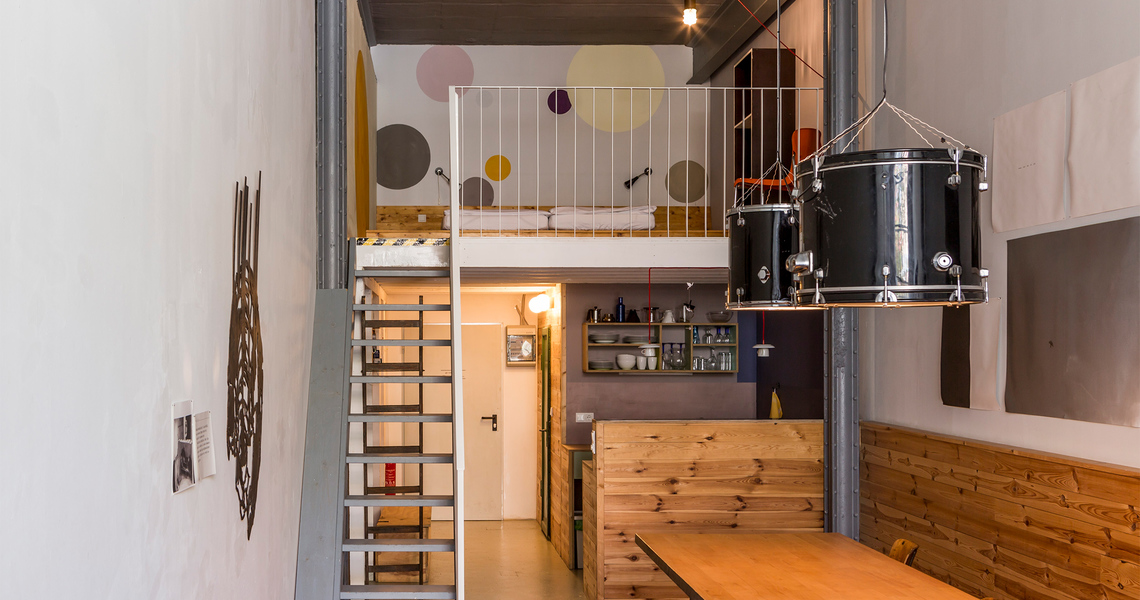 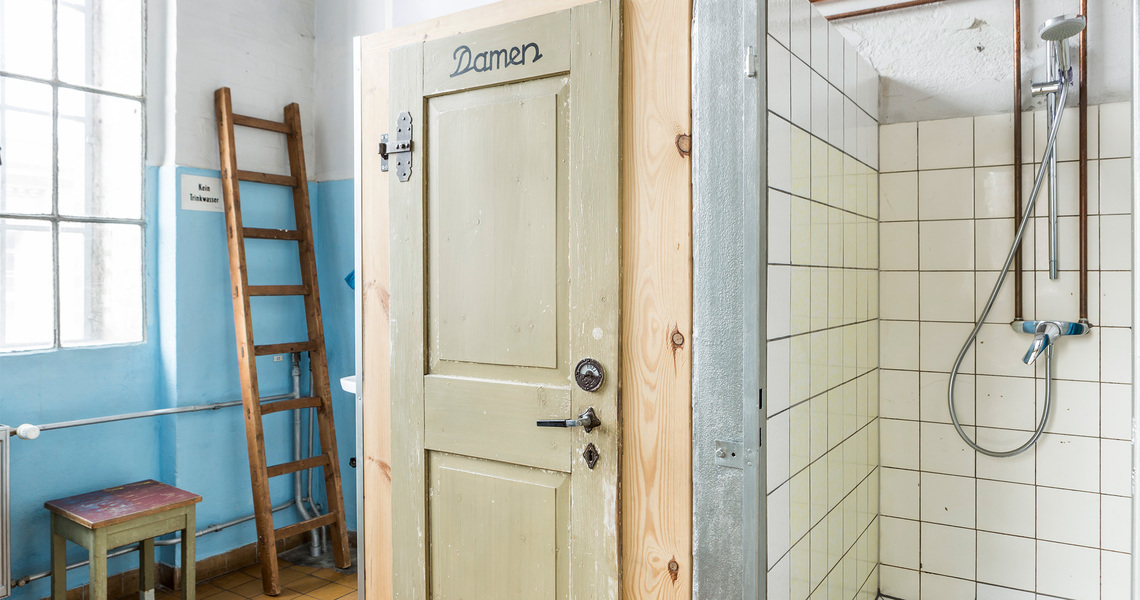 A mix of industrial architecture and modern, individual furnishings can be enjoyed in the Leipzig "Meisterzimmer". The former buildings of the cotton mill, founded in 1884, have been preserved almost unchanged. Today the buildings are filled with creativity, art and new ideas, as well as from smaller companies such as the "Meisterzimmer".

Since the opening in 2008, the rooms of the "Meisterzimmer" have conveyed a feeling of freedom in a large space and through high walls. Through the huge factory windows you can see the spinning yard on one side and beautiful Wilhelminian style buildings and chestnut trees on the other. The special atmosphere of the "Meisterzimmer" runs through all four rooms, which are similar in type and yet very different. What they all have in common are the items and furniture from former production, which have been extensively restored or rebuilt.

A highlight is a row of washbasins from the spinning era, which makes it possible to relive the history of the room. In addition to the generosity of the rooms, cozy niches and sitting areas were also created. During the summer there is an open-air cinema and a café with a pretty garden in the Spinnerei-Hof.

You can read more about the region in our country special.

ArchitectureThe buildings are over 130 years old and still benefit from the sustainable construction today. The thick walls were insulated with cork, which is still good insulation today. The box windows also come from the Wilhelminian era. The renovation of the rooms took place in cooperation with local craftsmen, much was also done in-house. The choice of building materials is always made with sustainability in mind: the renovated floors consist of sisal, real linoleum or wooden planks.

SocialThe employees work on the basis of trust and are allowed to organize themselves and divide up their work.

EnvironmentMost of the furniture was specially made from untreated wood or blockboard, others come from our own stock and have been refurbished or rebuilt. In this way, the furniture in the "Meisterzimmer" tells its own story and enables the materials to be preserved for a long time. Most of the roofs of the former factory are planted, which ensures natural air conditioning and insulation. There are also ideas for using solar power.

There is a direct connection from Leipzig Central Station to Plagwitz S-Bahn station. From there you walk about 5 minutes to the "Meisterzimmer". The exact address can be found on the property's website.