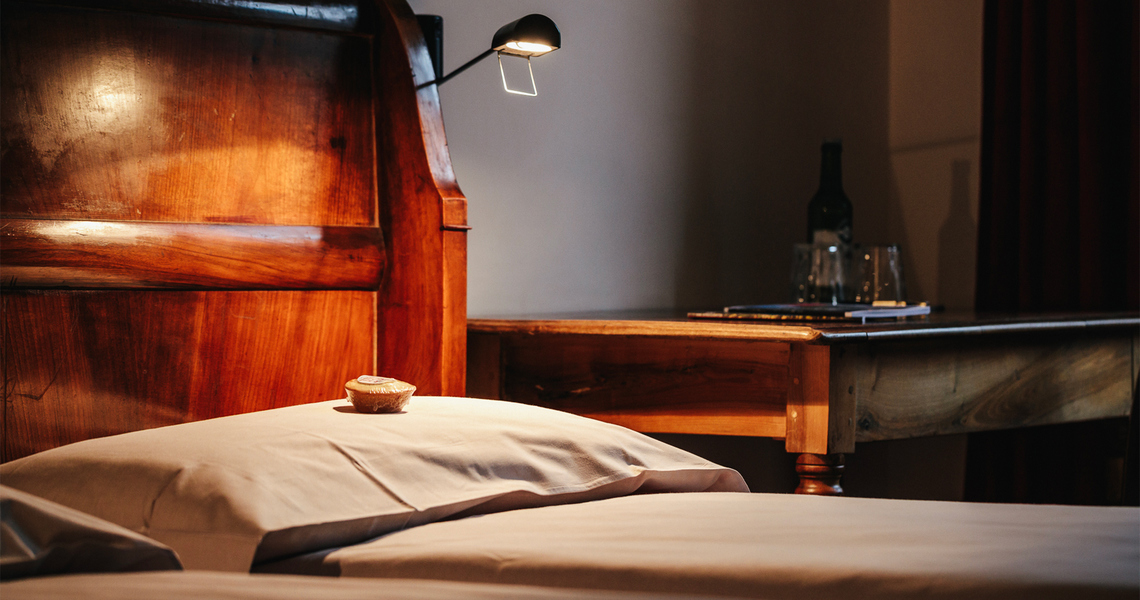 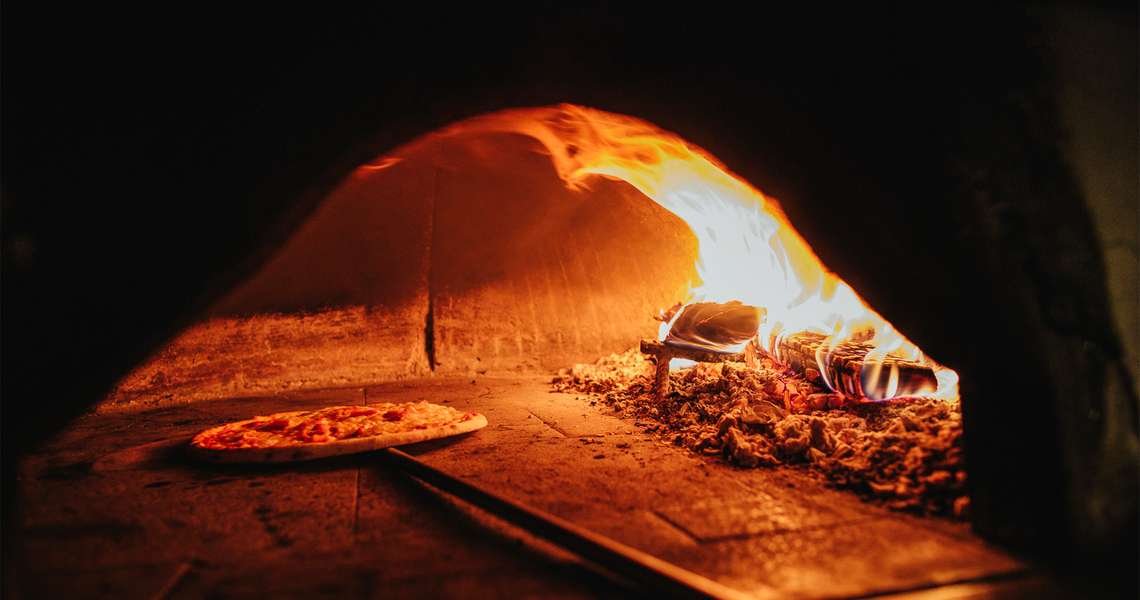 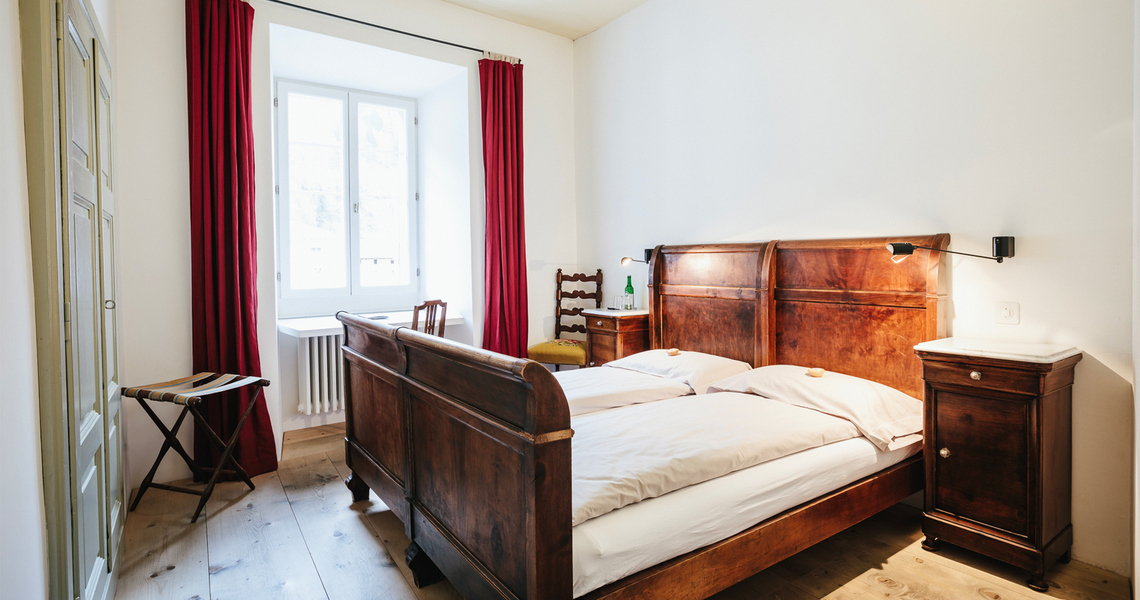 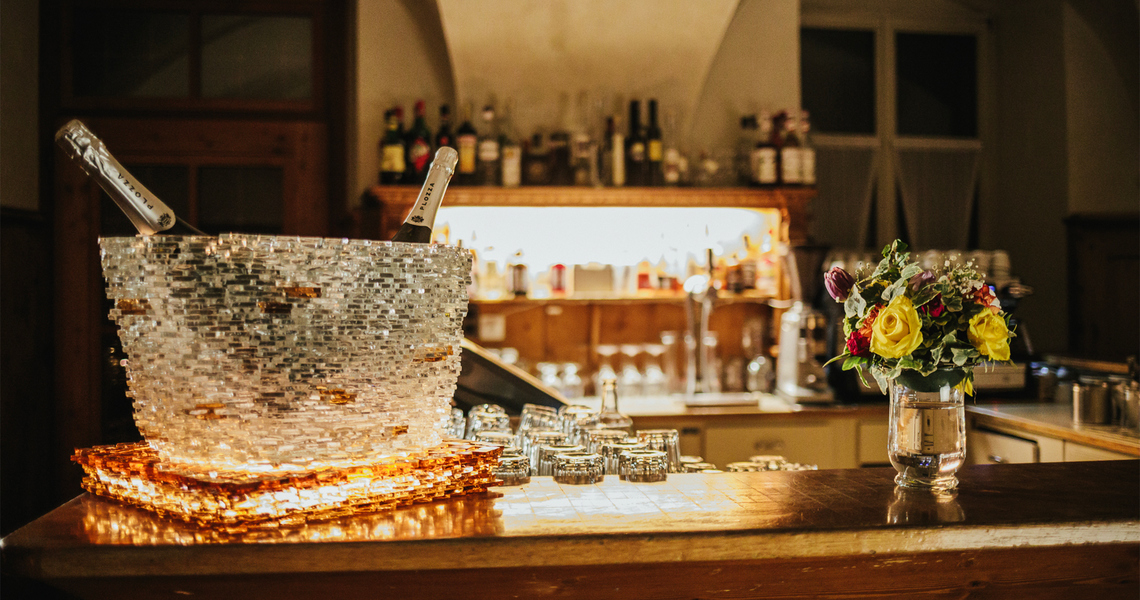 The villages of Poschiavo and Brusio together form the Puschlav valley, in Italian Valposchiavo. The valley is located in the southernmost part of the canton of Graubünden and in the immediate vicinity of the Bernina Pass. Several three thousand meter peaks line the valley. The highest of them is the Piz Palü with 3900 m above sea level. It is just 25 kilometers as the crow flies that separate the Bernina massif from the palm trees and orchards at the other end of the valley.

The Valposchiavo is one of the least populated zones in Switzerland and, in addition to its geographical diversity, also offers an extraordinarily large agricultural area from organic certified farms (with an organic share of 87%, they are almost alone in Switzerland and even worldwide) and a large number of regional products.

Gourmets, migratory birds and individualists who like to move away from the crowds and who appreciate the regional connection are always attracted to this magical area.

The Hotel Albrici in the picturesque village square of Poschiavo is also a jewel for those who want to spend a few relaxing days. From the room windows you can watch village life undisturbed and in the evening you can hear the chimes of the nearby church. The excellent cuisine and the crispy wood-fired pizzas ensure special delicacies and make your stay unforgettable.

The history of the palace goes back to the 17th century. In 1682 it was built by Bernardo Massella, the mayor of Poschiavo, and in 1848 it was converted into the first hotel in the Valposchiavo (Hotel Albrici). The architectural structure was preserved. In 2004 the hotel was added to the Swiss Historic Hotels group with the vision of maintaining the history of the hotel.

Each of the 10 rooms is individually furnished with precious and antique furniture down to the last detail. Every room, all of which have retained their own character, includes state-of-the-art comfort such as a shower and toilet. The tasteful furnishings create a pleasant atmosphere and the guests always come back here.

ArchitectureAntique furniture and floors. The rooms from the 17th century can still be visited. The most impressive of them is the “Sala delle Sibille” - the room got its name from the series with twelve half-body portraits Sibyllen (oil on canvas), which you can marvel at. Up to two thirds of the walls are covered with a panel divided by scaled pilasters. In the hall there is a beautiful, old spinet from 1781, a hand-carved mirror from 1710 and an extraordinary clock that shows the time, day and month.

FoodAccording to the motto: “Good things should be enjoyed where they come from”, the trade association and the tourism organization have teamed up and launched the 100% Valposchiavo project. 100% Valposchiavo means that the product itself or all of its components come from Valposchiavo. By the way, the chef recommends capunet, taiadin, beef tartare in the style of the chef with crispy, slightly spicy bruschette from the wood-fired oven. Of course there are also delicious vegan and vegetarian options.

SocialArtisanal projects are often entrusted to a protected day care center in Poschiavo.

EnvironmentA journey that is particularly worthwhile for train travelers. The Rhaetian Railway in the Albula / Bernina landscape is probably the most beautiful connection between north and south and inspires travelers with a unique mountain backdrop. In the hotel, guests can determine when their towels should be changed. The Valposchiavo's dream of obtaining the full organic certification of the entire valley is within reach.

Well-BeingThe hotel guests get free entry to the indoor swimming pool of the city of Poschiavo and they can use the wellness area "Angolo Relax" in the partner hotel Croce Bianca. The offer includes a Finnish sauna 80-90 ° C, an aroma steam bath 45 ° C, showers, a relaxation room and massage (please reserve in advance).

Hotel Albrici is within walking distance from the train station in Poschiavo (400 meters). It takes about 5 hours by train from Zurich to Poschiavo. It is just under 3.5 hours from Milan.