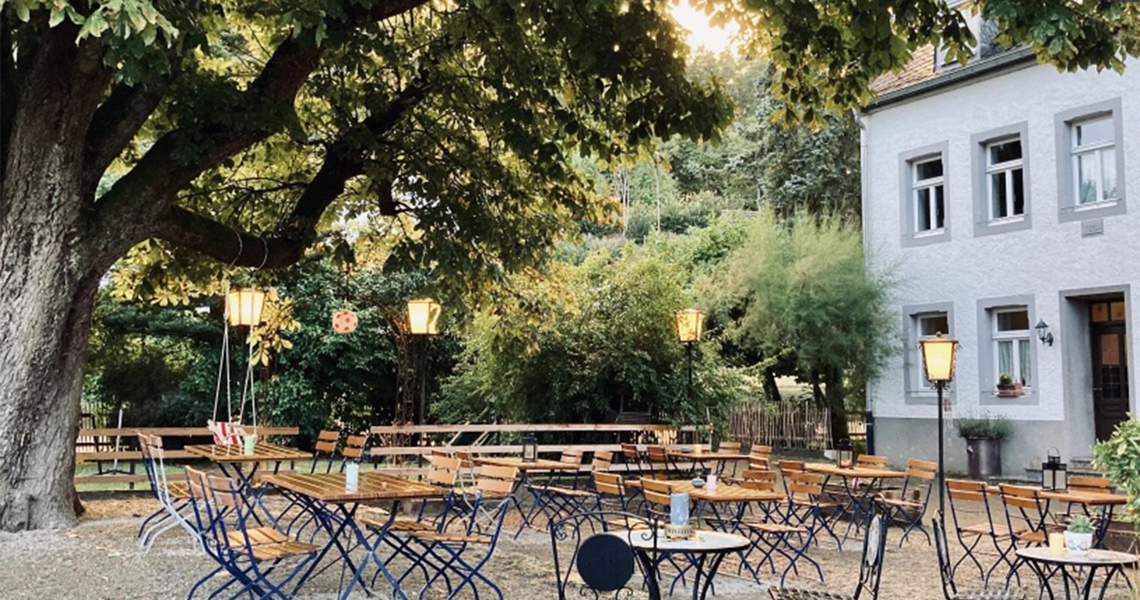 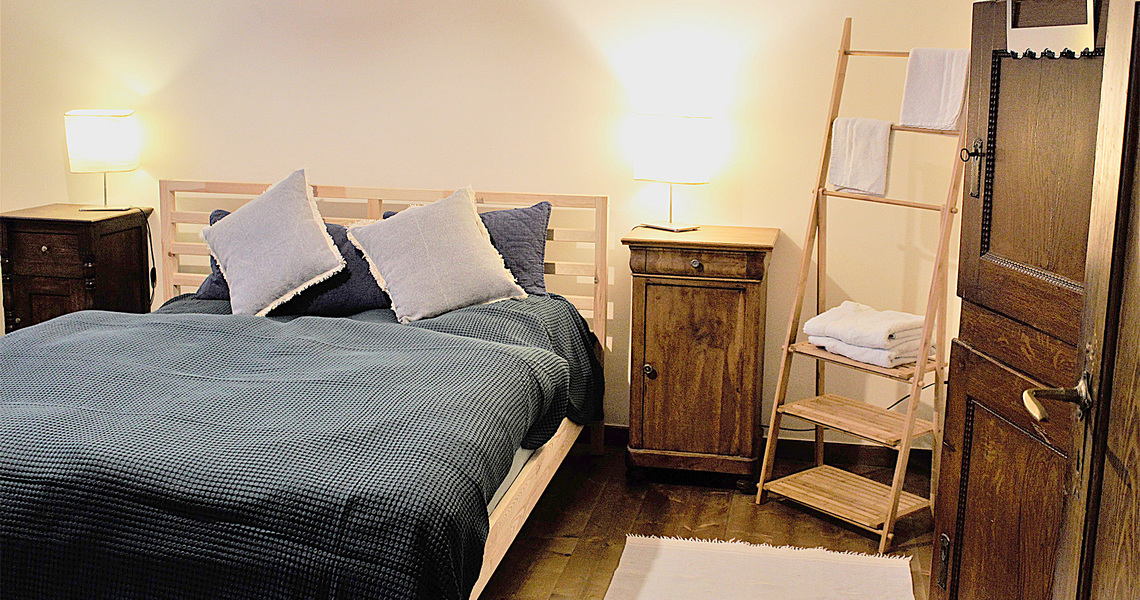 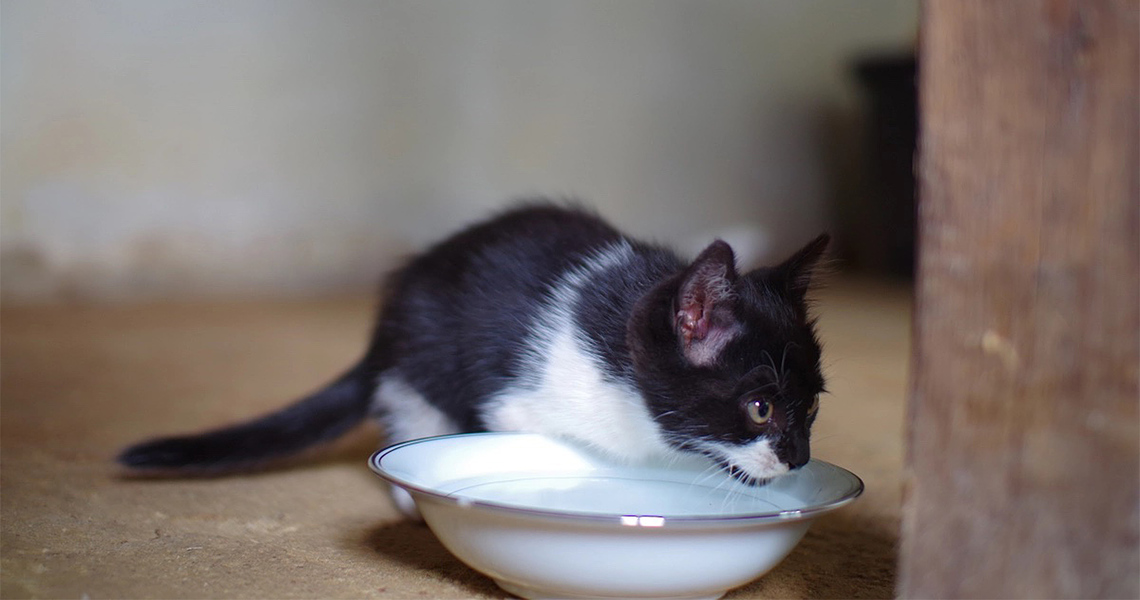 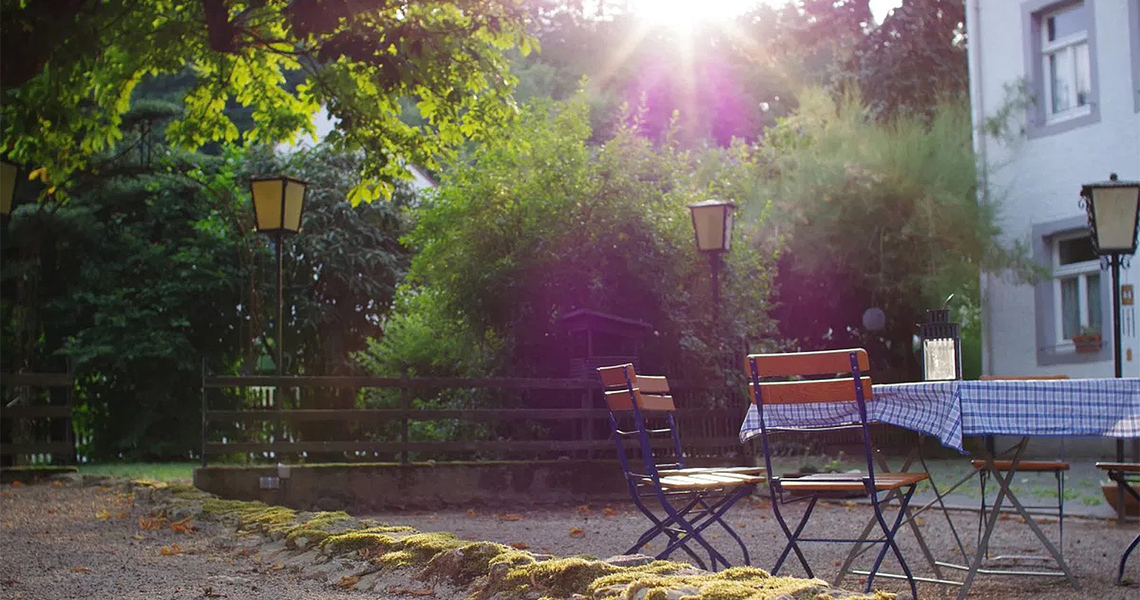 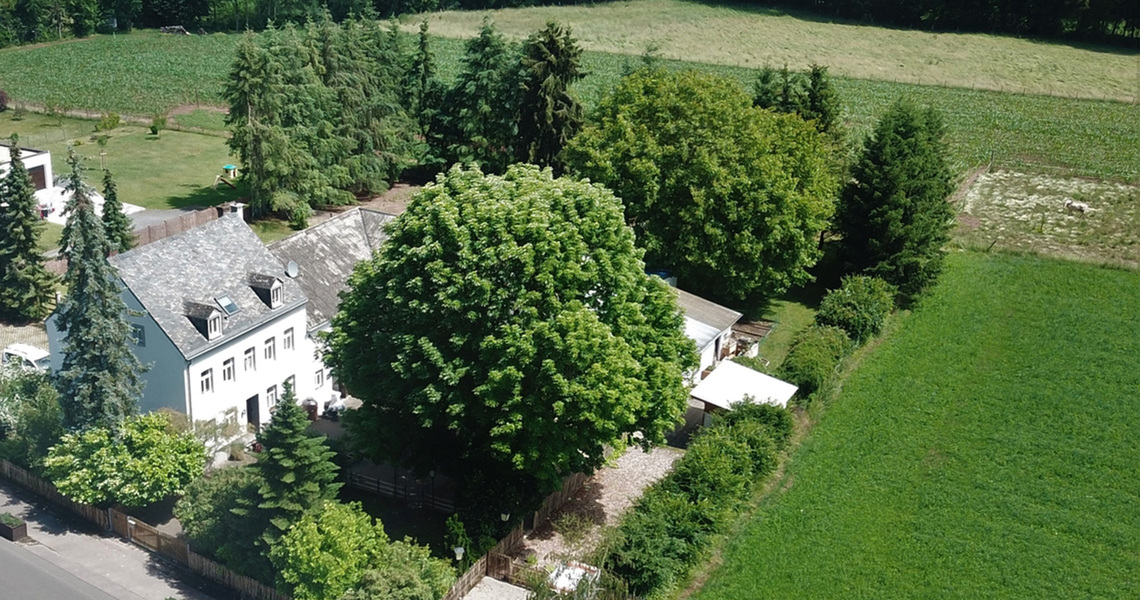 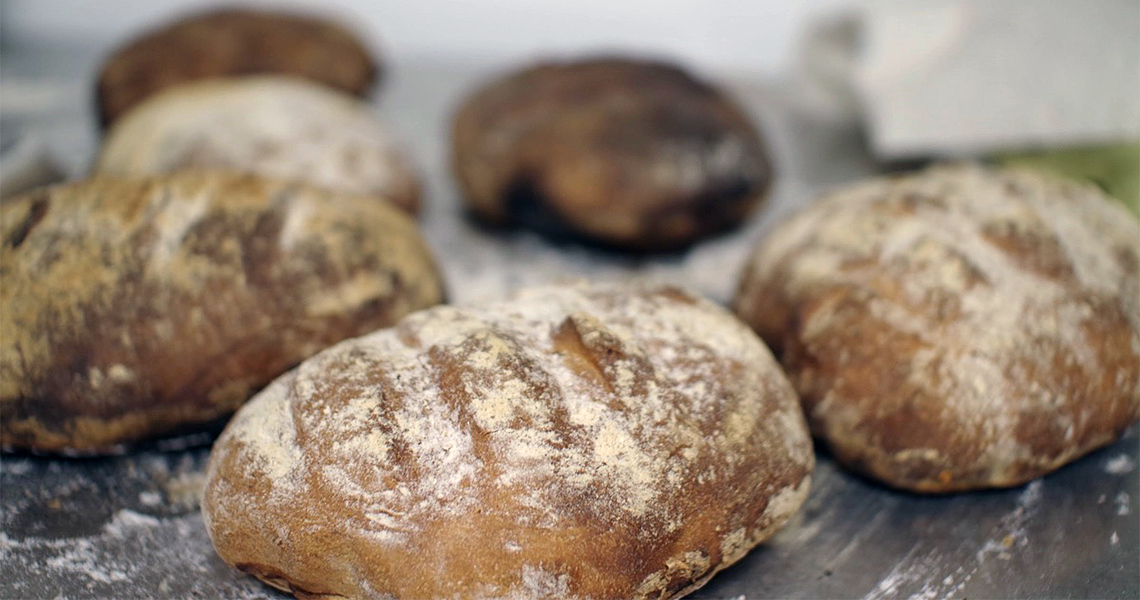 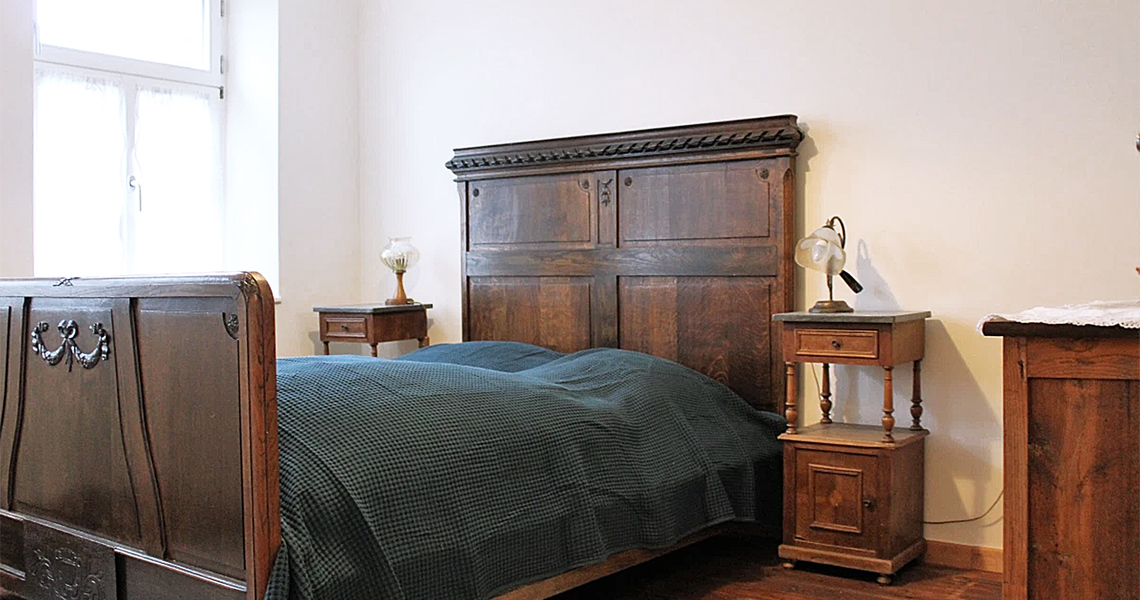 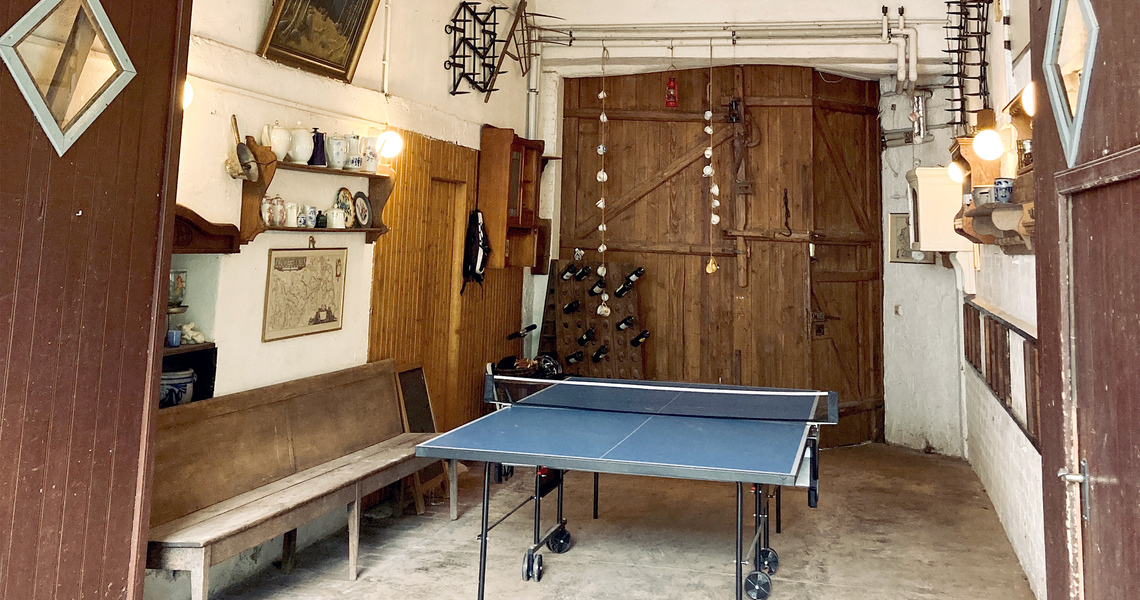 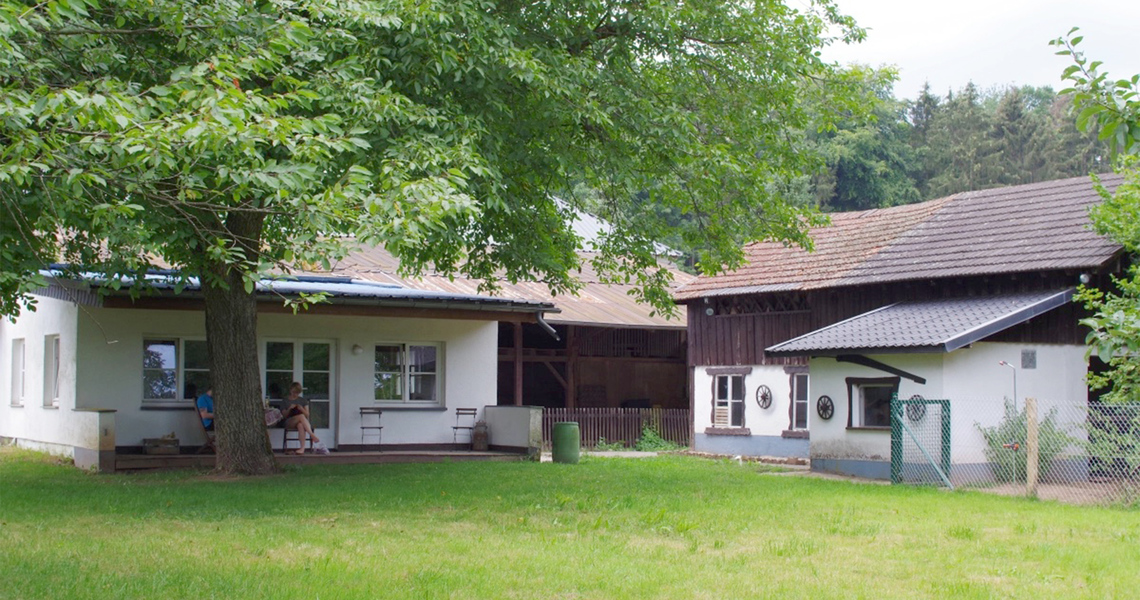 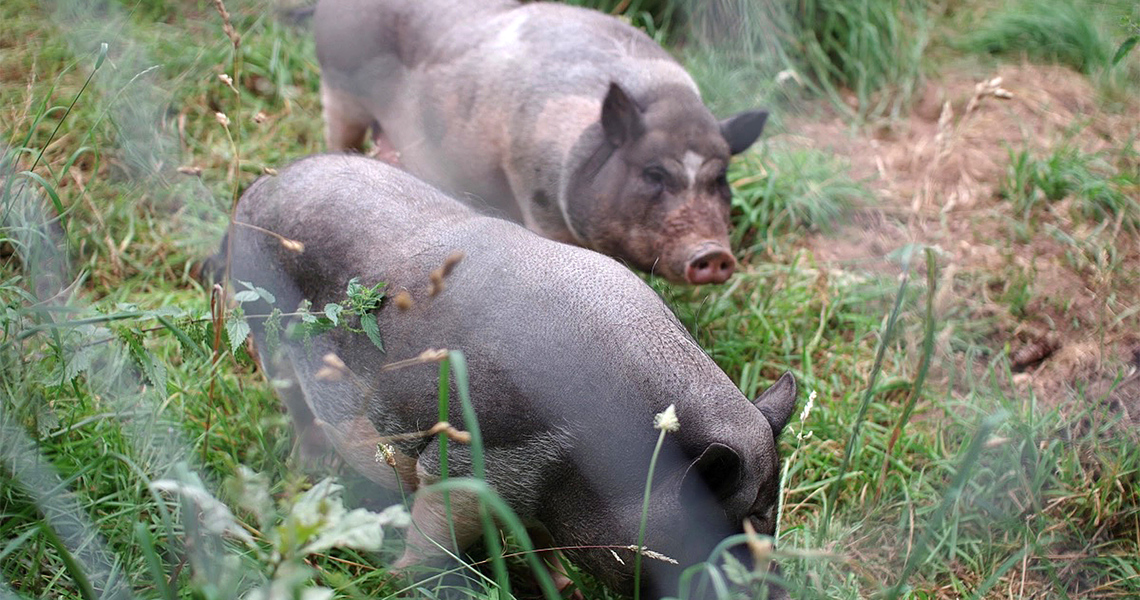 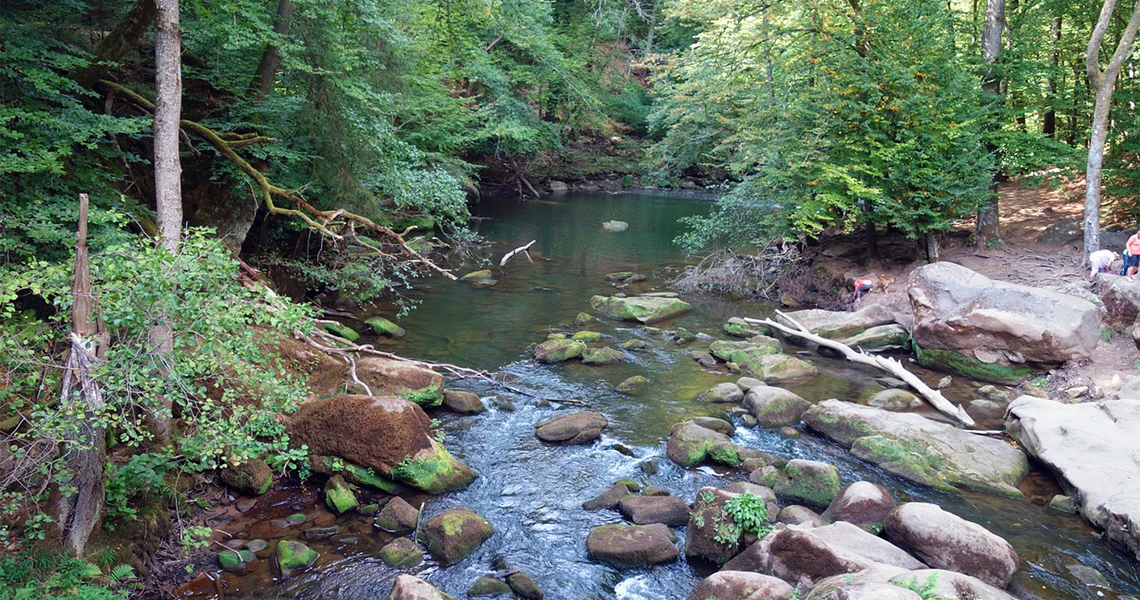 The Hinkelshof exudes a very special atmosphere - the old house, which was renovated with attention to detail, combines the original character of an Eifel farm with modern details. The guests are allowed to feel free here, as all rooms of the courtyard are available to them. There are numerous ways in which guests can make themselves comfortable: in the courtyard under the hundred-year-old chestnut tree, in the garden behind the house while watching the pigs and chickens, or in the lounge, which formerly served as a stable and is now a relaxed get-together .

The original farmhouse has retained its former character, which has been combined with modern furnishings. The furnishing style is cozy and rustic. The guests sleep in two larger and one smaller rooms, each with double beds of the same size. There is an inviting shared bathroom on the floor.

The Hinkelshof is a historic building that was built in 1924 as a farm. After it was converted into a restaurant with holiday rooms by a descendant of the company in the 90s, it is still family-run. Alex Hornick and Anna Herdtle have lived in the beautiful southern Eifel since 2018 and have reopened the Hinkelshof holiday rooms. It is particularly important to them that their guests feel welcome and at home right from the start. They also show their guests what a relaxed and nature-loving life can look like in their eyes. The hosts describe the southern Eifel as an underrated region that has a lot to offer - you just have to ﬁ nd it.

ArchitectureDuring the renovation, emphasis was placed on preserving the original substance and ecological materials were used as far as possible. The work took place exclusively in cooperation with craftsmen from the region. If possible, regional materials were also used, for example in the renovation of the stable roof or the facade.

FoodIn the seasonally open Hofcafé there is a small selection of drinks and cakes. There is also a large kitchen in the cozy dining room, which is equipped with all cooking utensils and which can be shared by the guests. There is a basic set of tea, coffee and spices. In the bakery there is a stone oven that invites you to bake pizzas. Today's dining room used to serve as a stable - this can still be seen from the feeding troughs that have been converted into bench seats.

EnvironmentThe Hinkelshof should become more and more ecological step by step. There are already some future plans for this: in 2021, a pellet heating system is to replace the current liquid gas heating system, which is operated with regionally produced pellets. And in 2022, a photovoltaic system is to be installed and the well water to be used to flush toilets. But the farm is already doing a lot to implement sustainability: Rubbish is avoided as much as possible, everything in the farm café is served in glass bottles, and only ecological cleaning and cleaning agents are used, as well as recycled toilet paper.