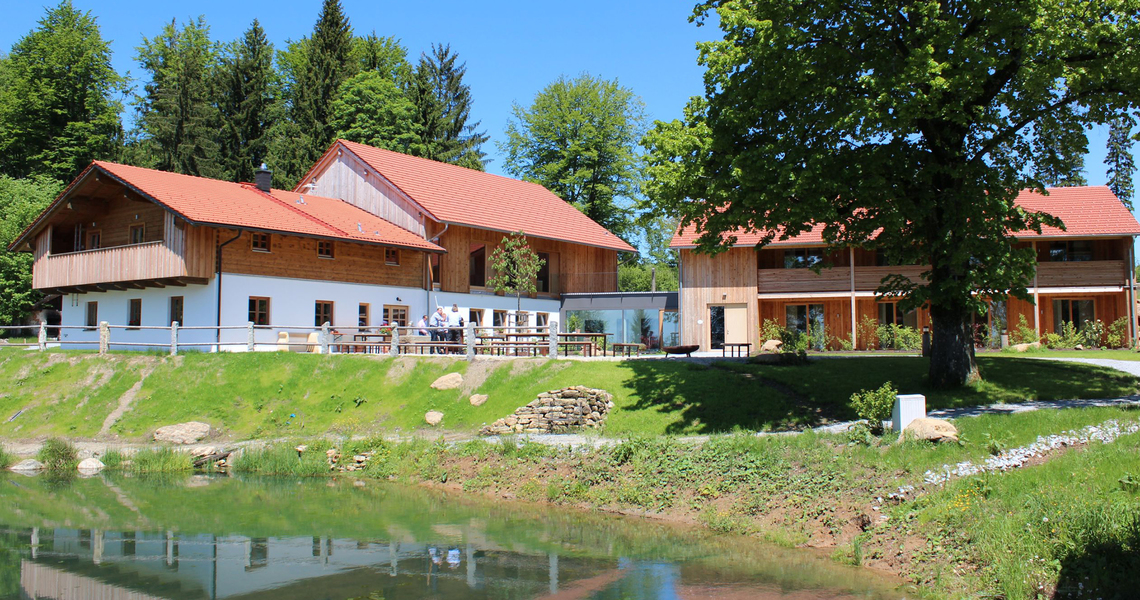 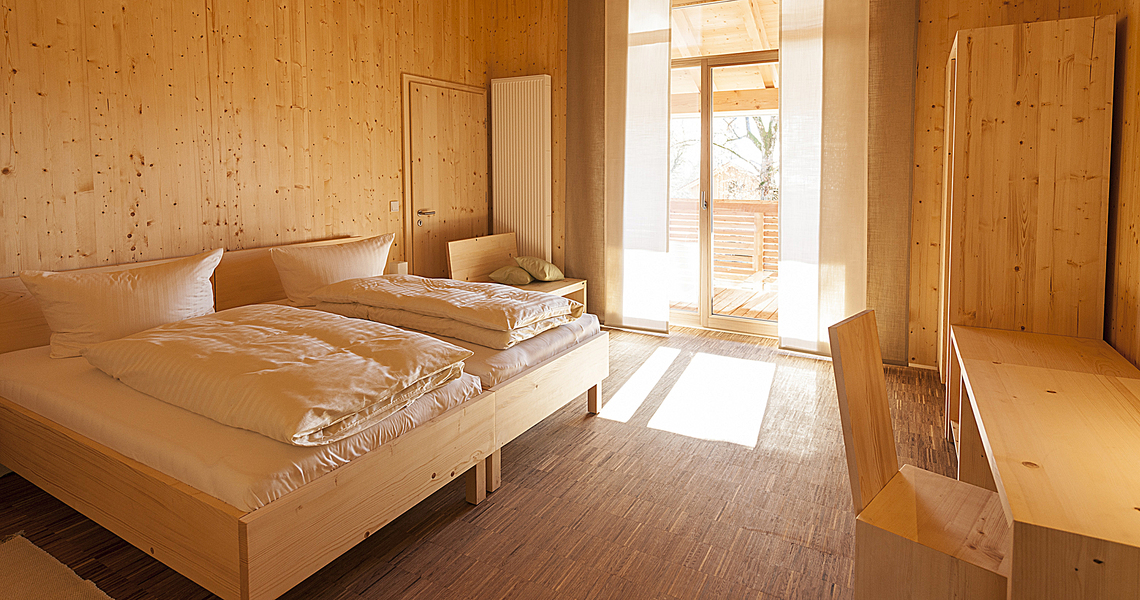 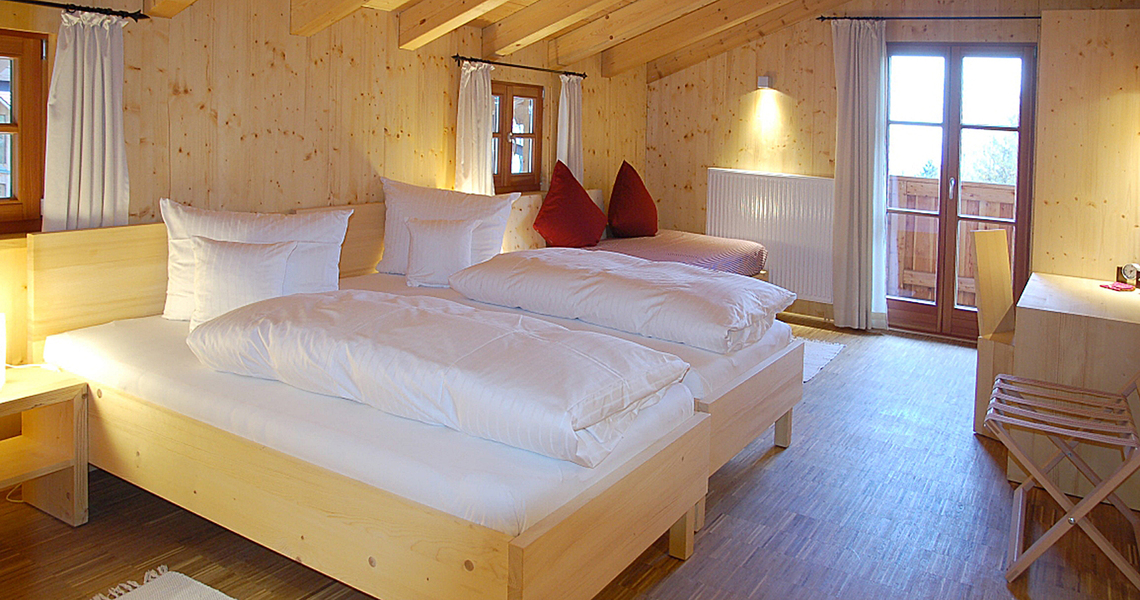 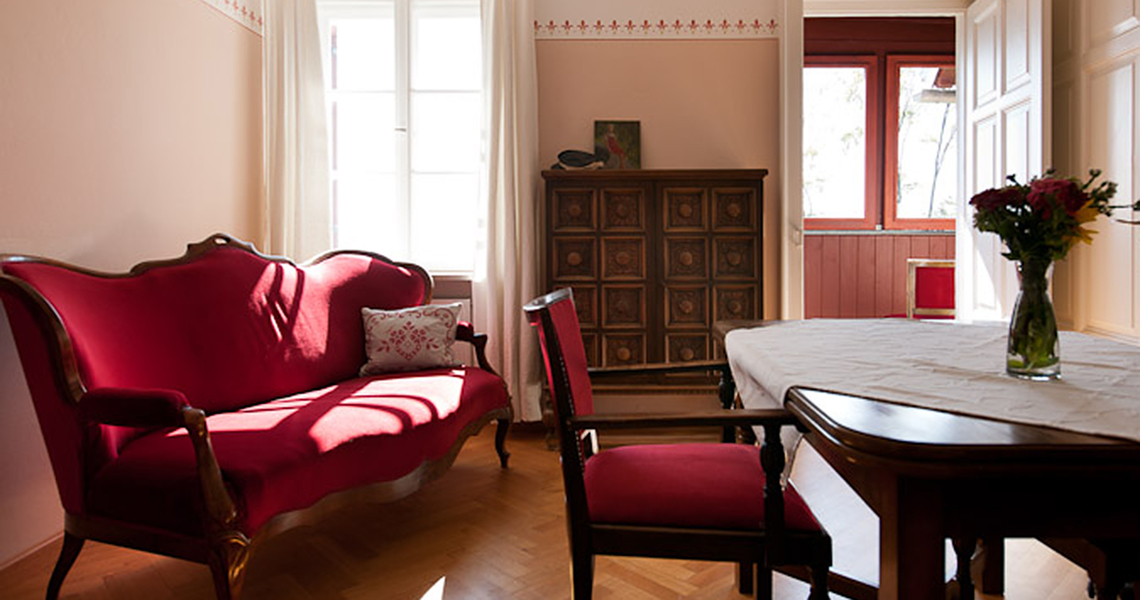 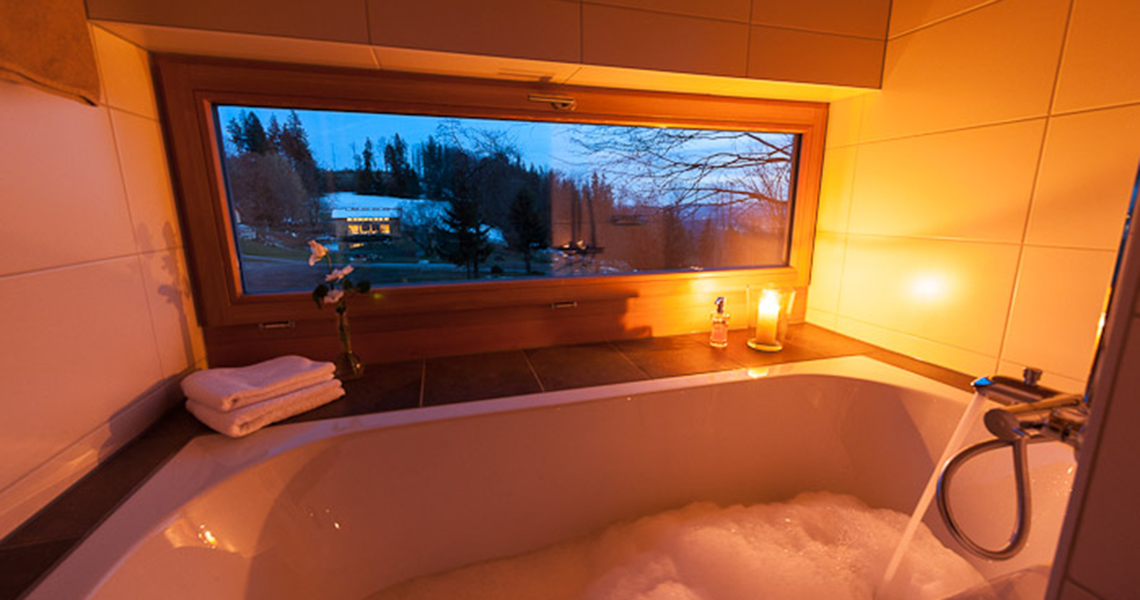 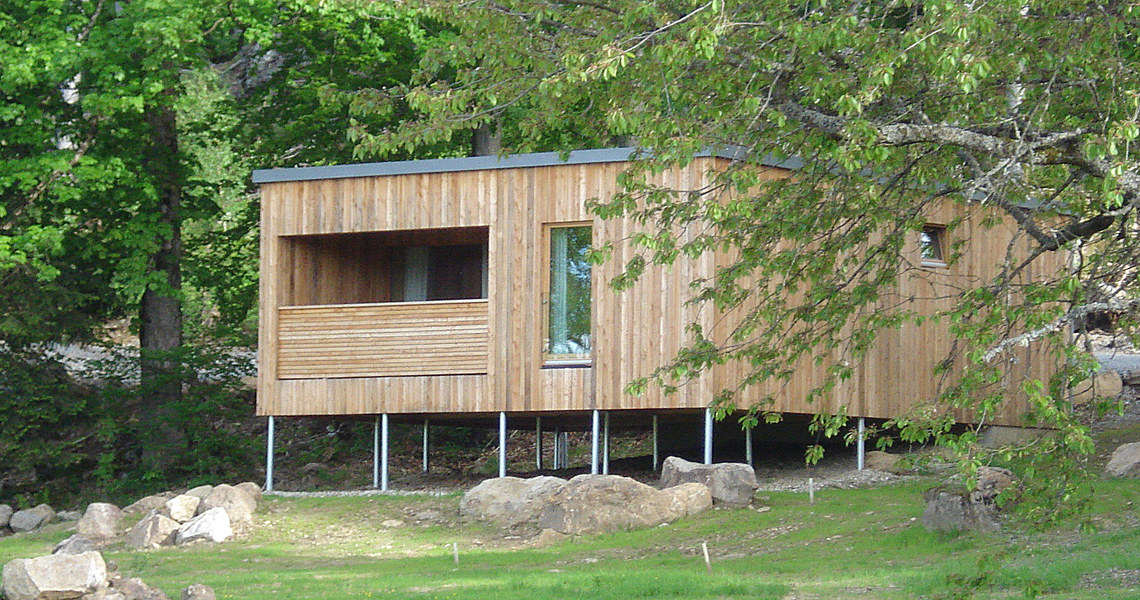 In the middle of the dark expanses of the Bavarian forest, a large clearing opens up just before the top of the Harlachberg. As in a world of its own, several buildings are scattered on the slightly hilly meadows with the small forest pond in the middle. There is a farmhouse with a dining room on the ground floor and a few guest rooms above. The architectural style, as you would expect here in the area - wood and whitewashed walls and next to it even a small, faithfully renovated wooden chapel from 1747 stretches its turret into the sky. But what is that?

Right on the water, almost already in the water, a bright new wooden house on stilts with large windows shines. And up there, a few steps away from the main house, right at the edge of the forest, some funny wooden boxes with long rectangular eyes look down. Yes, in addition to the new and larger guest house with eight rooms near the main house, two of which are also wheelchair accessible, owner Reinhard Kraus has also had a number of other modern buildings built in the clearing. The WiesnSchlafHäusl, in which up to four people can live and in which there is also a small cooking facility, or the studio house with the beautiful hall directly above the water on the ground floor and eight small star-watching berths under the roof.

All of these new buildings have been built using biological timber from regional wood and are largely allergy-friendly. The individual houses are connected by beautifully curved paths and, of course, countless walks lead from the clearing directly into the forest. On the meadows, visitors can come into contact with untouched nature, breathe good air, watch animals graze, come to themselves. And by the way: you can also celebrate in this idyll. There is enough space for all guests, culinary delights are catered for as desired and the highlight would be, for example, a church wedding on the green meadow directly in front of the small chapel under the blue mountain sky. A dream!

We also featured this accommodation on our blog at Five locations for team events.

ArchitectureThe simple, straightforward new wooden buildings are made from local wood from regional craftsmen. Due to the sometimes very large glass fronts that reflect sky and nature, the bright, modern buildings blend harmoniously into the landscape.

FoodEvery Tuesday is bread baking day on the GutsAlm. That's where Anneliese starts the leaven and anyone who wants to can help bake bread in a wood-fired oven. The bread is accompanied by homemade jam and eggs from happy chickens. Otherwise, the cook prepares home-made food from seasonal products from local farmers and suppliers. The herbs come from our own herb garden. Vegetarian and vegan dishes can of course be offered on request.

EnvironmentThe GutsAlm is only heated with wood (wood chips) and waste is strictly sorted and recycled. However, regional and seasonal purchasing already reduce the amount of waste through packaging material as much as possible. GutsAlm already has the Bavarian environmental seal and is therefore a partner of the Bavarian Forest National Park.

Gutsalm Harlachberg is located in the middle of the Bavarian Forest and can be reached from Munich in just over 2 hours by car (180 km). You will receive the exact address and directions on booking.