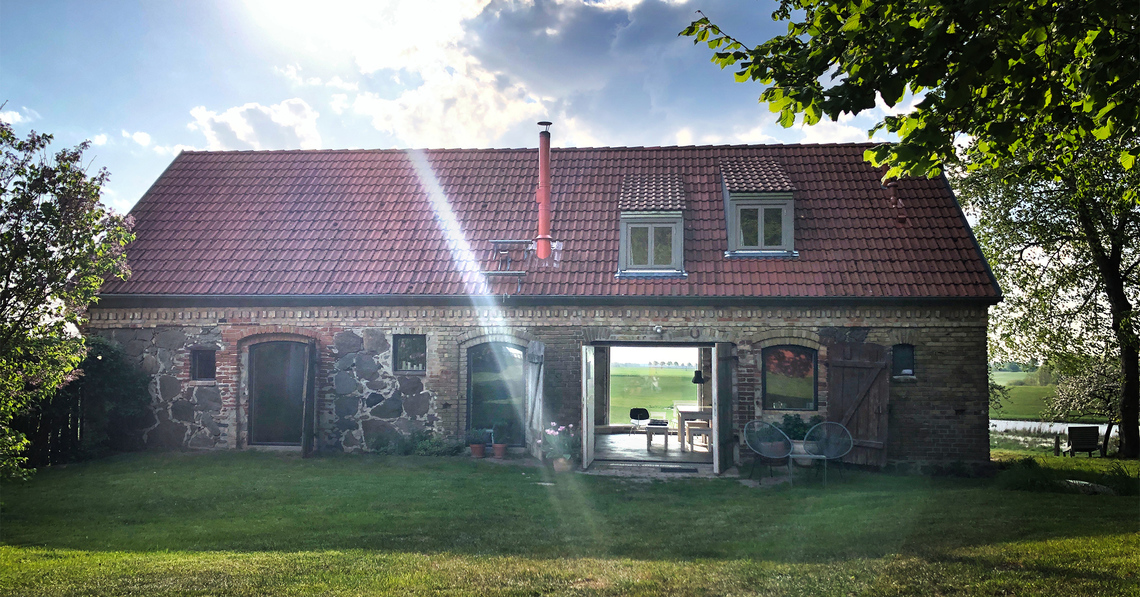 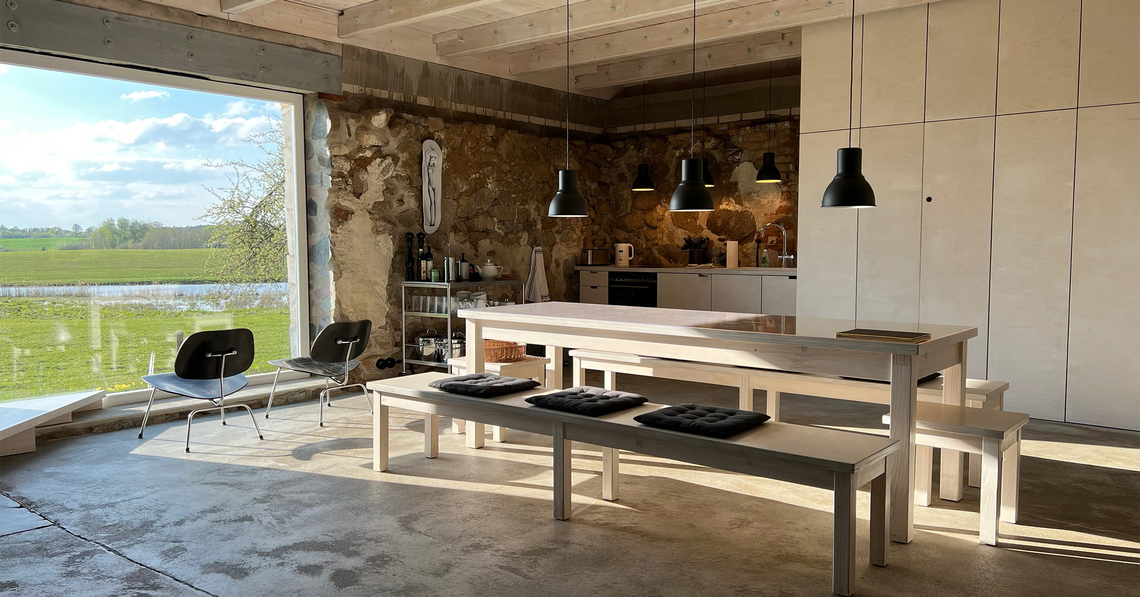 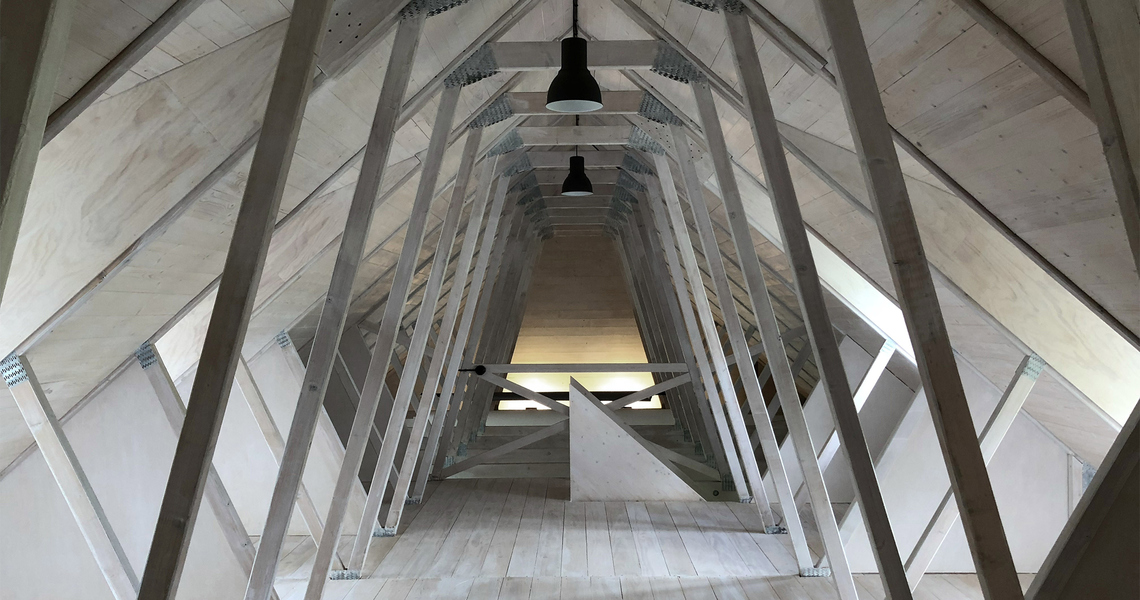 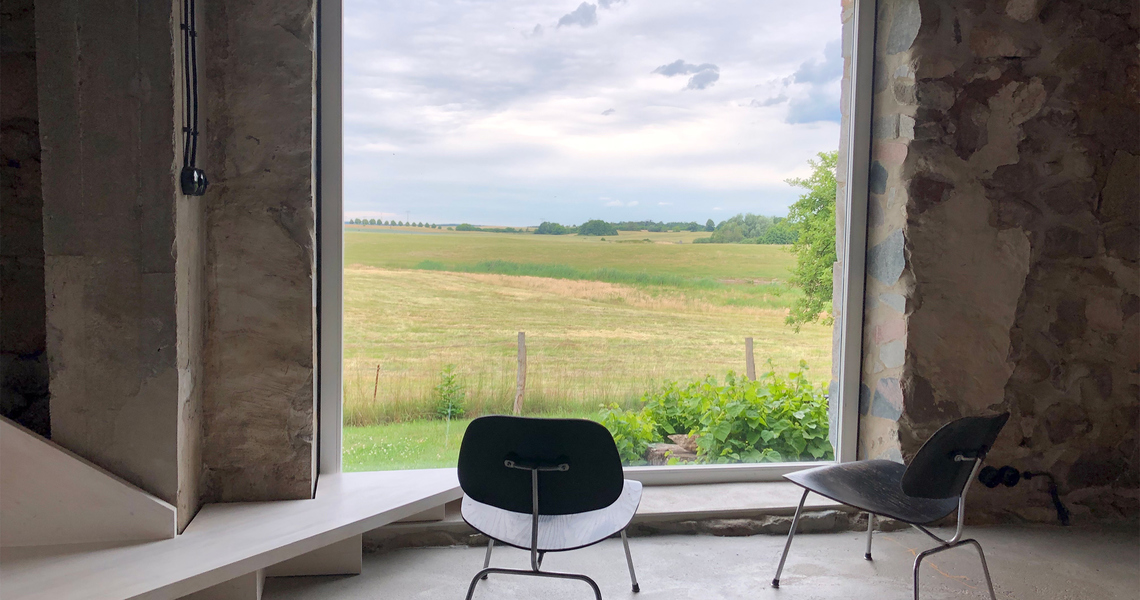 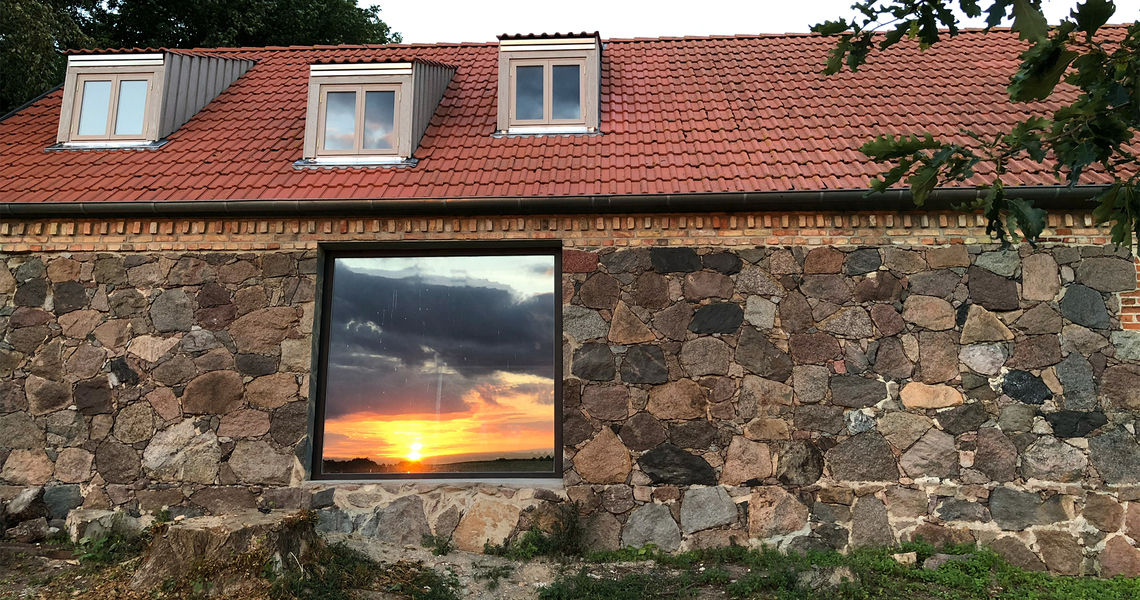 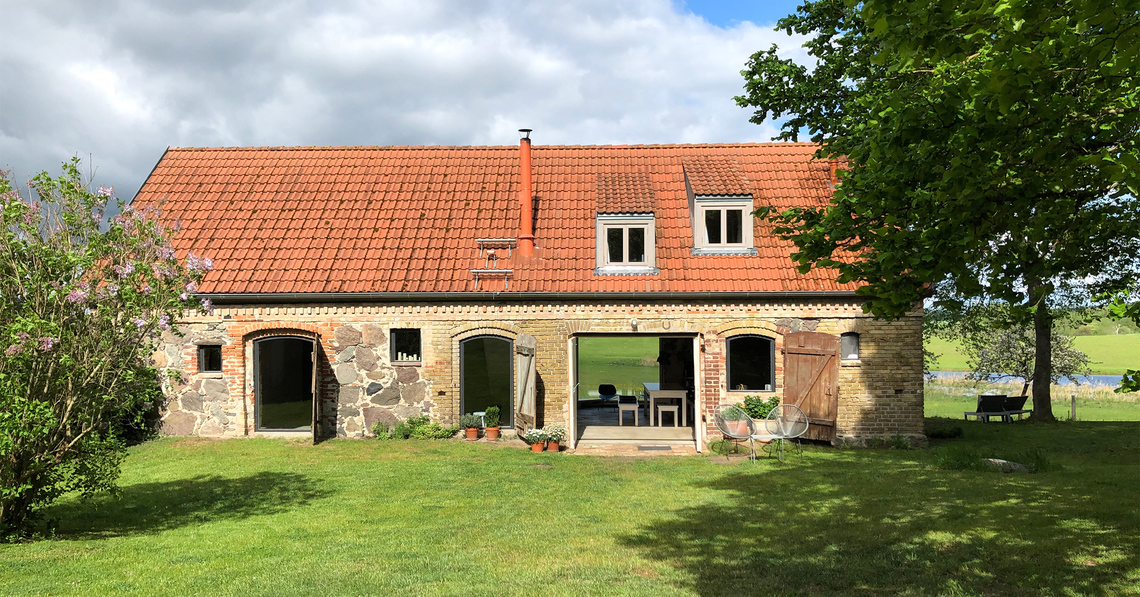 Studio Uckermark in Brandenburg is located in a former stable, away from the village in an absolutely secluded location. In the middle of a nature reserve, guests will find peace and quiet here. Jane Garber, who works as a stylist, and Karel Kuehne, a photographer, opened the wonderful studio in 2021. However, they bought the former three-sided courtyard, on which the studio is now located in the former stable, 20 years earlier.

The farm was built around 1850. In the 1920s the former owner's family settled here. Farming has always been practiced there and after 1945 the property was even the seat of the Russian village command for a while - a farm with a lot of history.

Jane and Karel have now converted the old stable into a studio. They have retained its raw, original character. However, some notable changes were made, such as the large window cut into the fieldstone wall. It reflects the sky and the landscape and looks like an image integrated into the façade. It brings light into the interior and provides views of a small lake and the green surroundings.

Those looking for relaxation and nature lovers, families with older children can relax here and find everything they need. Due to the open construction, the house is not suitable for children under 10 years. The studio can also be rented for photography and film, for workshops or as a co-working space.

ArchitectureThanks to gutting and modern additions, the historic walls of Studio Uckermark are staged and expressive rooms are created. Natural materials such as wood play a major role in interior design. The barn was freed from all partitions. A reinforced concrete frame divides the space into two halves: the photo studio, which is open to the gable, and the common area with a dining table and kitchenette. A wall unit hides access to two bathrooms and contrasts with the raw stonework of the walls with the smooth, light wood. The staircase is also made of light-colored wood and looks like an object in the room. It not only opens up the upper floor, but is also a room divider between the work and lounge areas and creates a connection to the panorama window. There is a dormitory on the top floor, which has a special ambience thanks to the nail binder construction. The beams divide the open space into different areas that can be used for clothing storage, workspace or bunks. Only companies from the region were employed for the expansion of Studio Uckermark.

FoodA breakfast basket can be put together for the guests on request - it is either classic, vegetarian or vegan and, if possible, with products from local suppliers. There is also own apple juice and homemade jams for all guests. Vegan or vegetarian catering can be booked for workshops or photo productions.

EnvironmentWaste separation is mandatory in Studio Uckermark. In the course of the conversion, a fully biological small sewage treatment plant was installed for the entire farmstead. Drinking water comes from our own well and is filtered. The topic of sustainability and environmental protection is of particular importance due to the location alone.

The nearest train station is in Templin. From there it is almost 10 kilometers to the studio. There is the possibility to take a bus, to ride a bike or to be picked up by the hosts (on request).