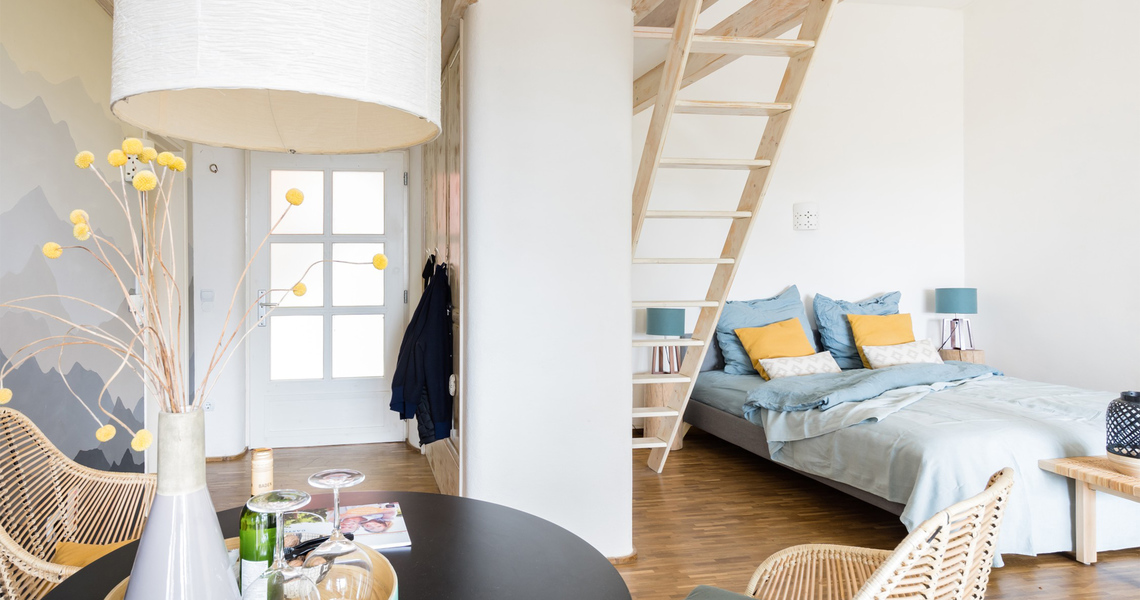 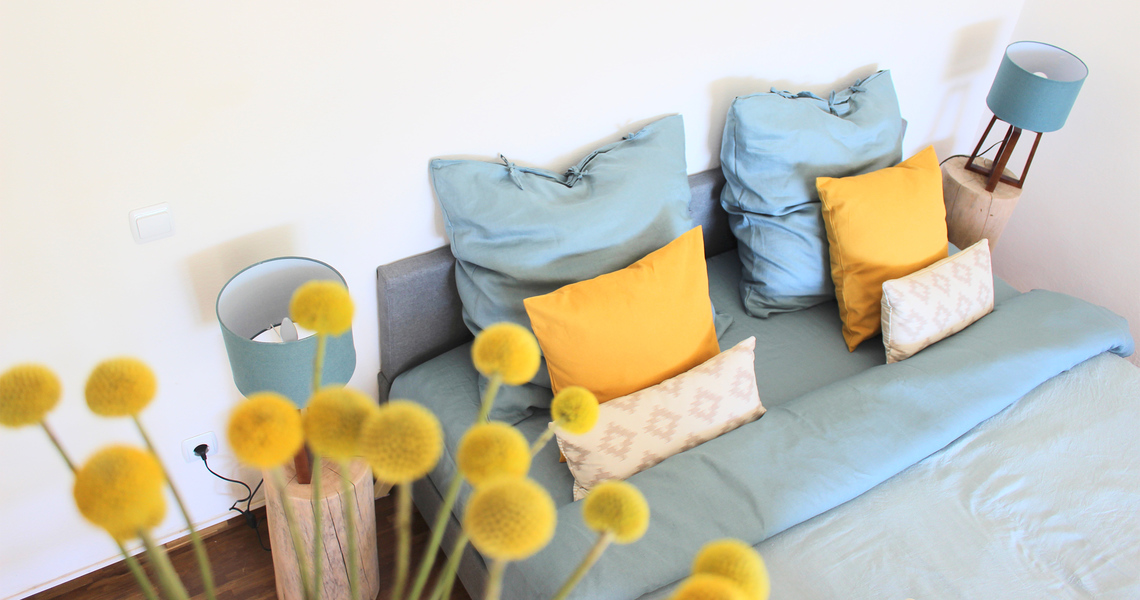 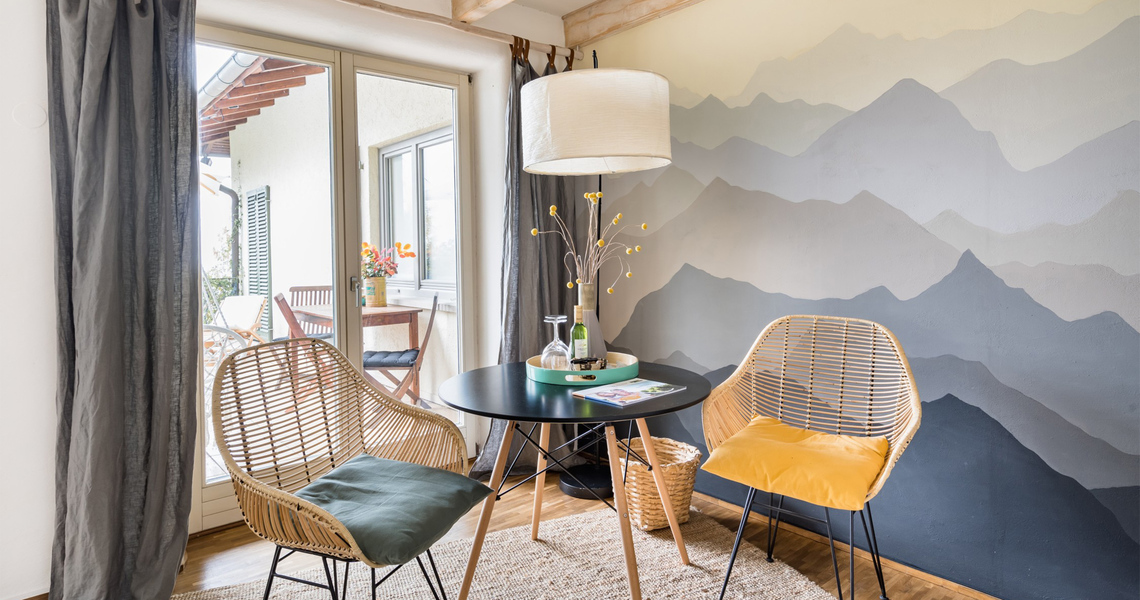 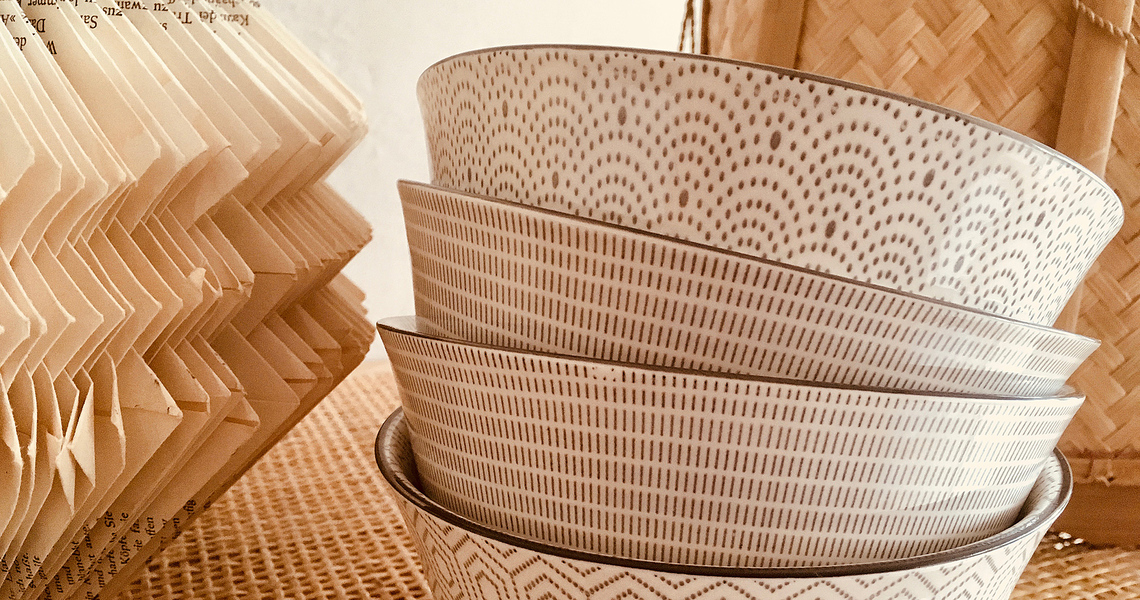 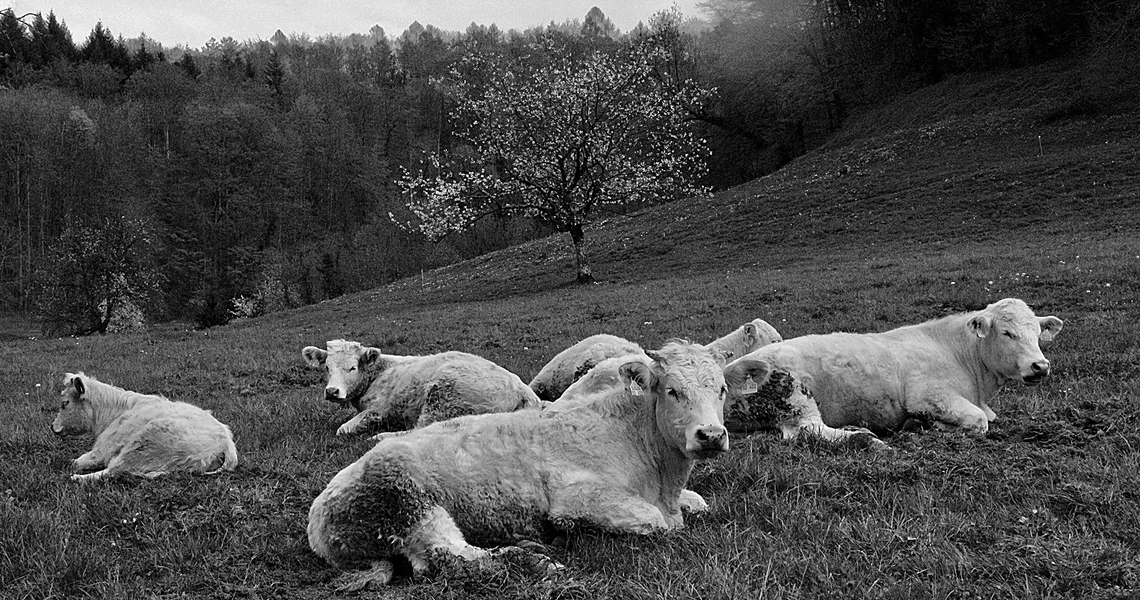 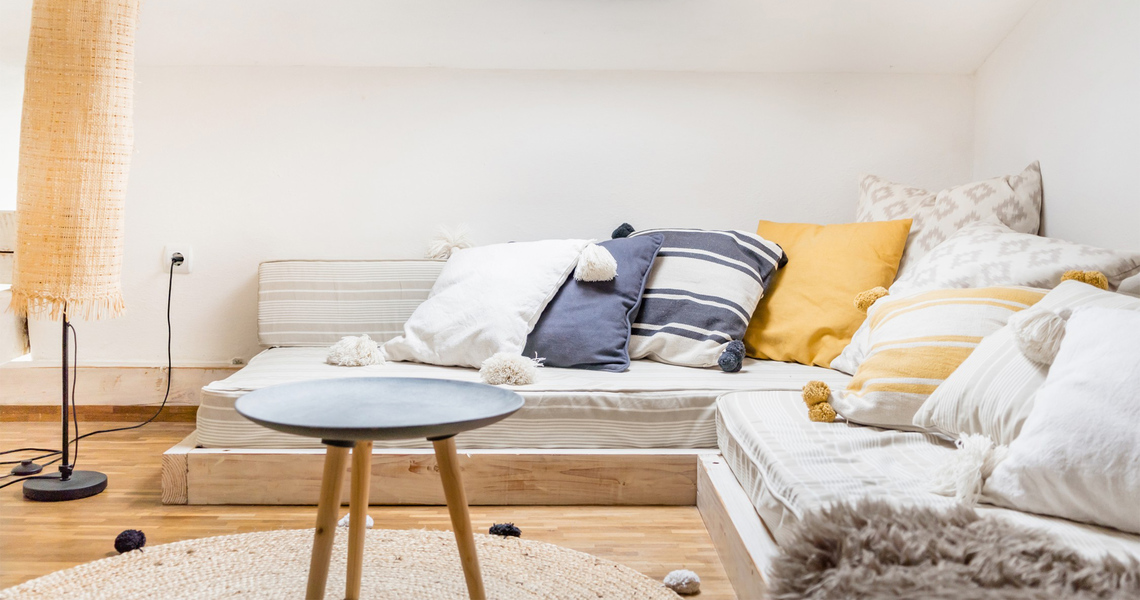 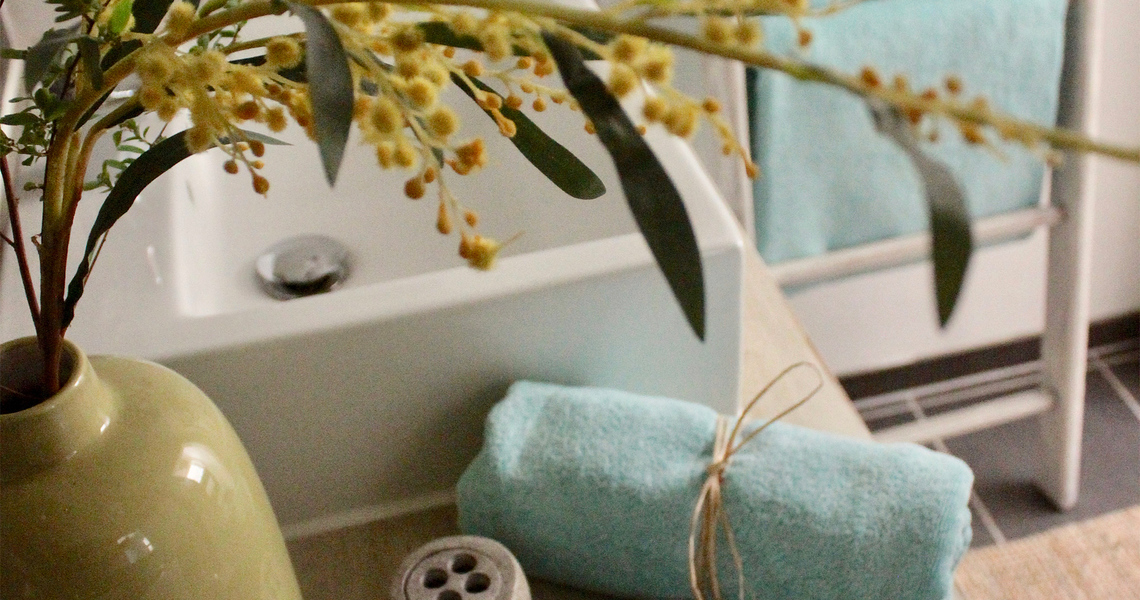 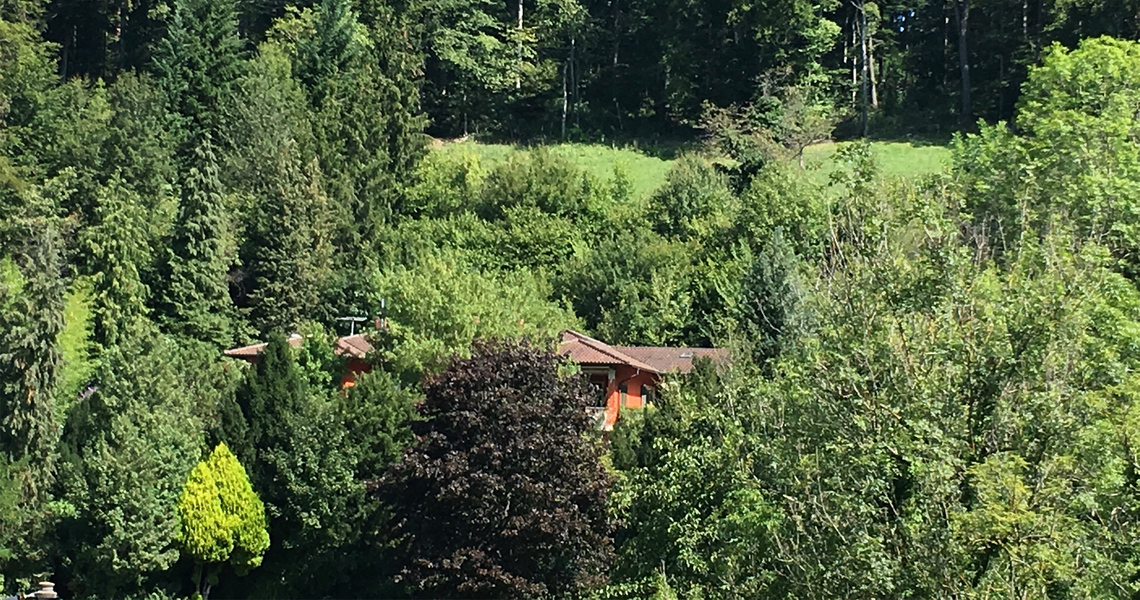 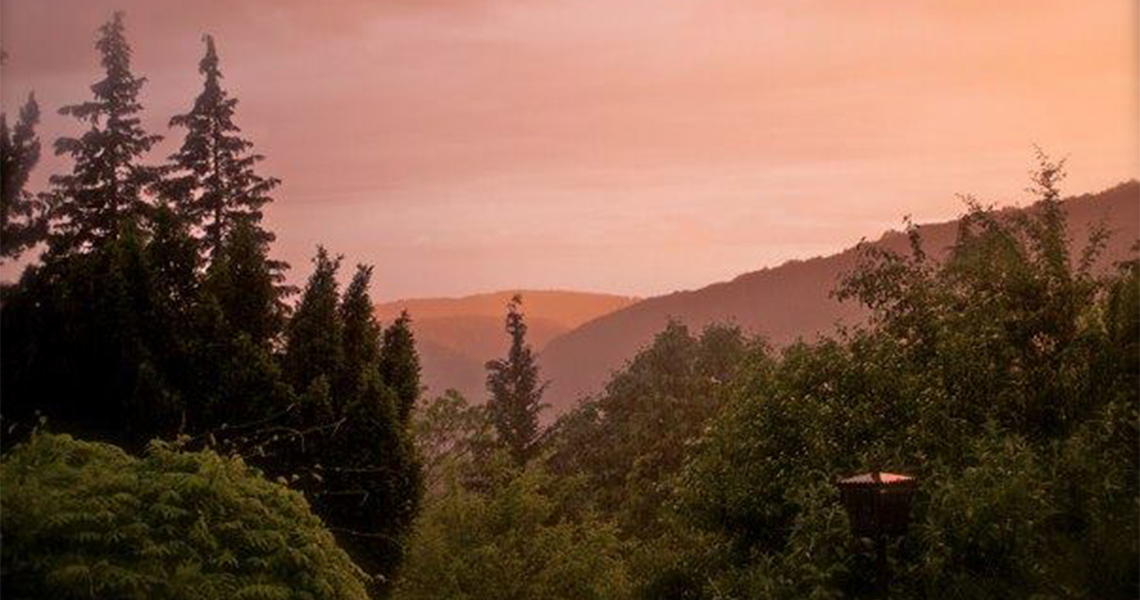 A holiday apartment on cloud nine, in the lowest corner of Germany between the Black Forest, Switzerland and France, is probably the ideal base station for excursions in all four directions. And also excellently suited to simply doing nothing and just gazing into the distance from the balcony - far over the Markgräfler Land, which is adorned here with thousands of blossoming cherry trees in spring and colorful vine leaves in autumn.

The house that Betina and Klaus-Peter bought in 2008 can almost be called a real country villa in the Mediterranean style. Originally built in the 60s of the 20th century, it had already changed hands several times and is now being renovated, renovated and redesigned step by step in their own work and under ecological aspects by the technically and creatively skilled couple.

A good part is now finished, including the first apartment called Cloud No. 7 with its own entrance and large panorama window to the southwest. The light, airy apartment is equipped with natural materials for health and aesthetic reasons, the wall heating is integrated in the clay plaster, the walls are painted with diffusion-open lime paints.

The facility offers everything that is necessary for comfort, in order to still feel comfortable and at home away from domestic duties. Well-equipped large kitchen, games collections, television, a cozy gallery with a mattress sofa…. and hardly any neighbors and no through traffic. Absolute silence in the 7th heaven (if you are there with the right holiday companion ...)

ArchitectureThe renovation of the house was carried out as far as possible with regional and exclusively natural materials. Elaborate insulation measures have made it almost a low-energy house. Soon there will also be solar cells on the large roof area.

EnvironmentThe house is located in a nature reserve and the garden should also be part of the living flora and fauna. Mowing is seldom done so that bees, butterflies and other insects have a livelihood. The rubbish is separated and the guests are encouraged to use as little plastic as possible. This is why a bubble machine is part of the apartment, so the very good tap water can be drunk without or with carbon dioxide and there is no need to buy bottled water. Guests receive the KONUS card with which they can use all regional public transport free of charge. You can actually only get to Cloud No.7 itself with your own vehicle, but from here it is enough to drive to the next train station or bus stop, park there and then take the slow train on an adventure.

Due to the numerous possibilities for excursions and the simultaneous seclusion of the place, a private car is recommended. You can reach Cloud No.7 from Freiburg within just under an hour (50 km), from Basel it takes about 45 minutes (35 km), from Stuttgart it is just under 3 hours (237 km) and from Munich it takes about 4.5 hours (460 km).