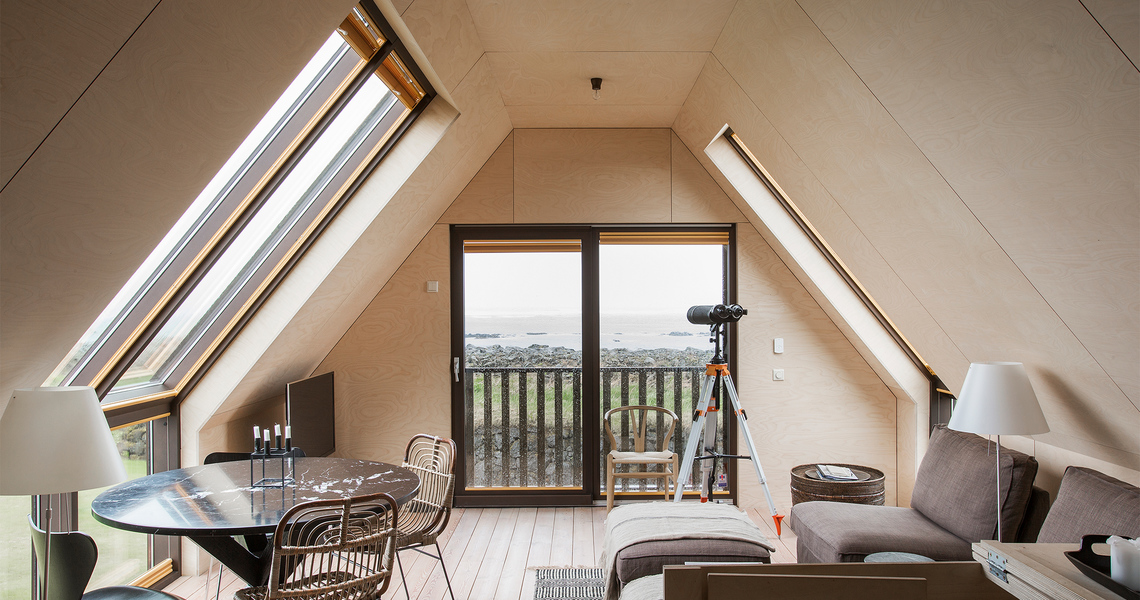 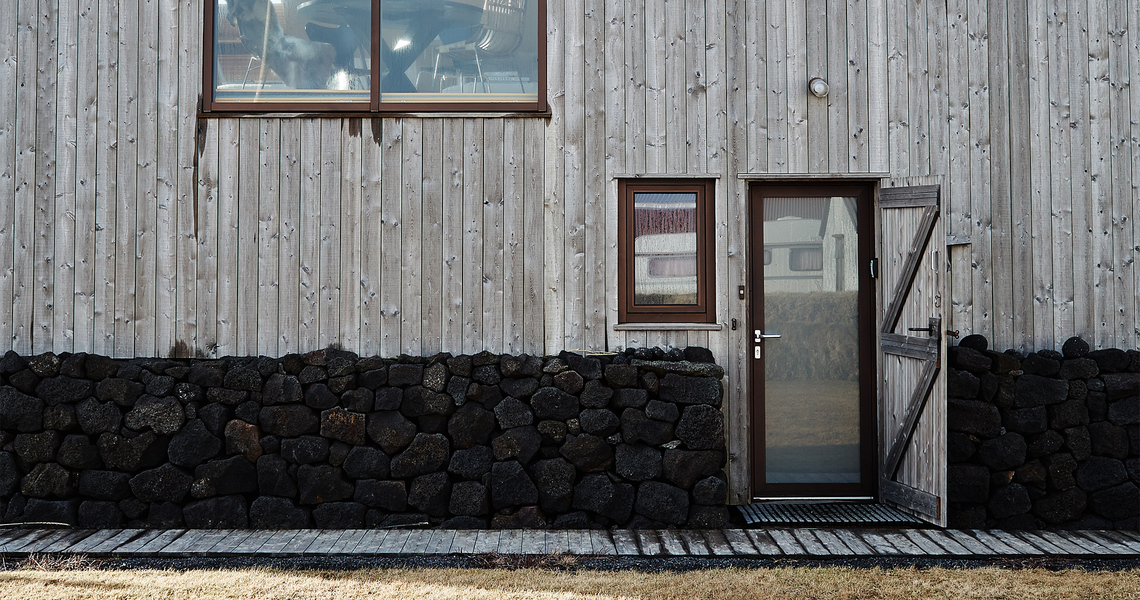 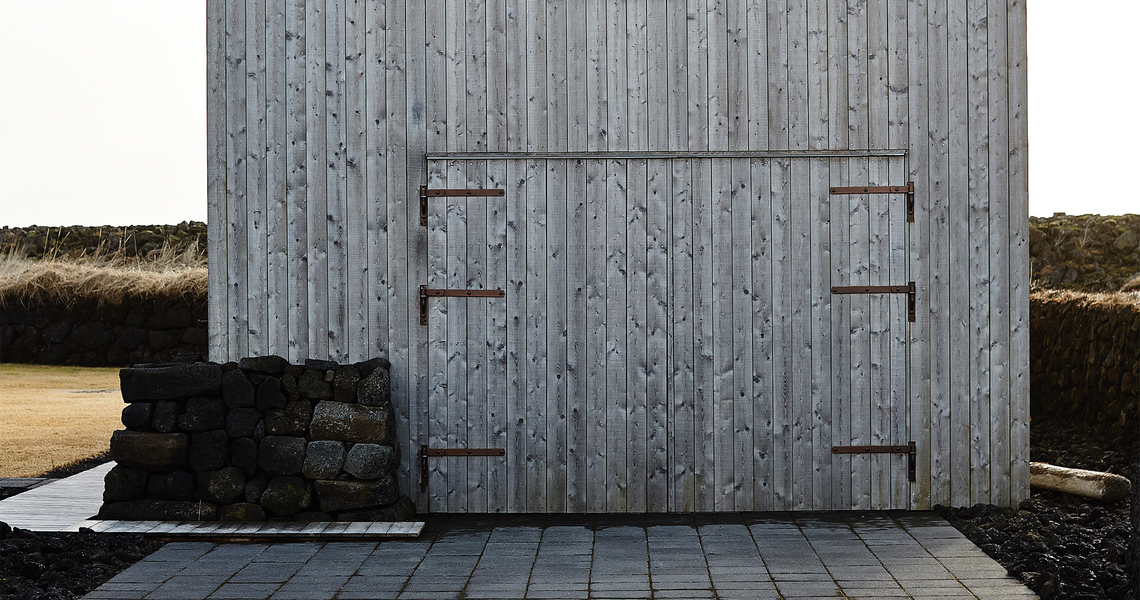 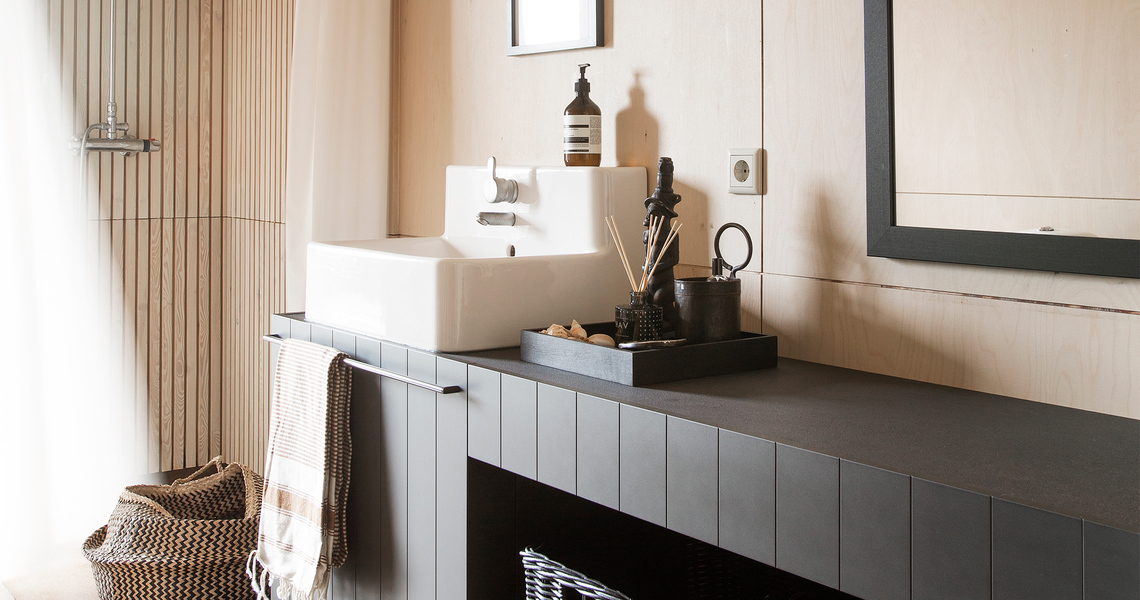 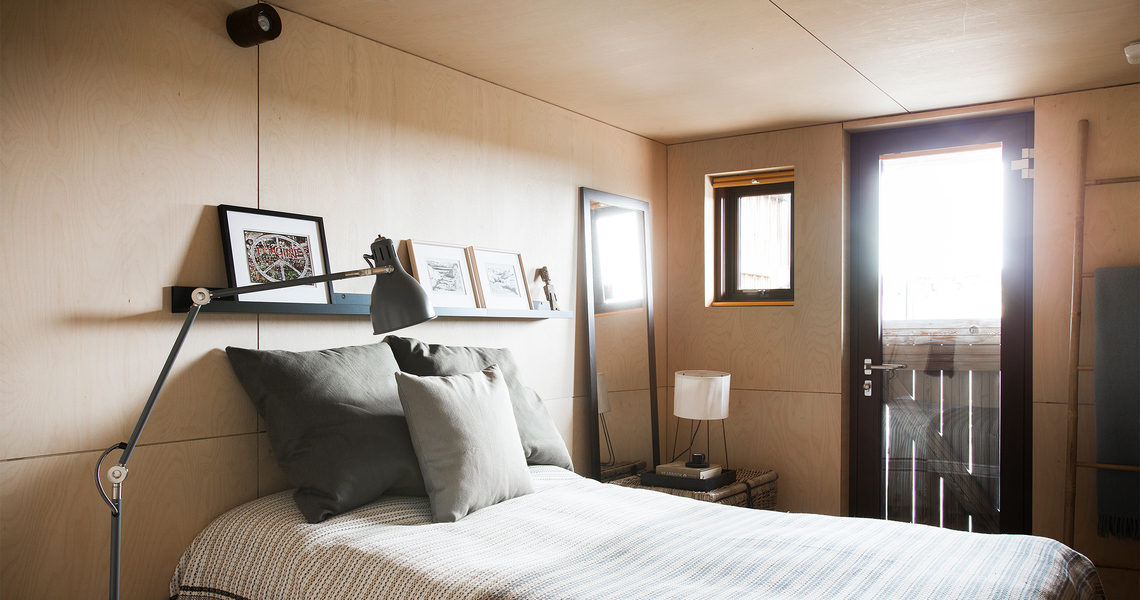 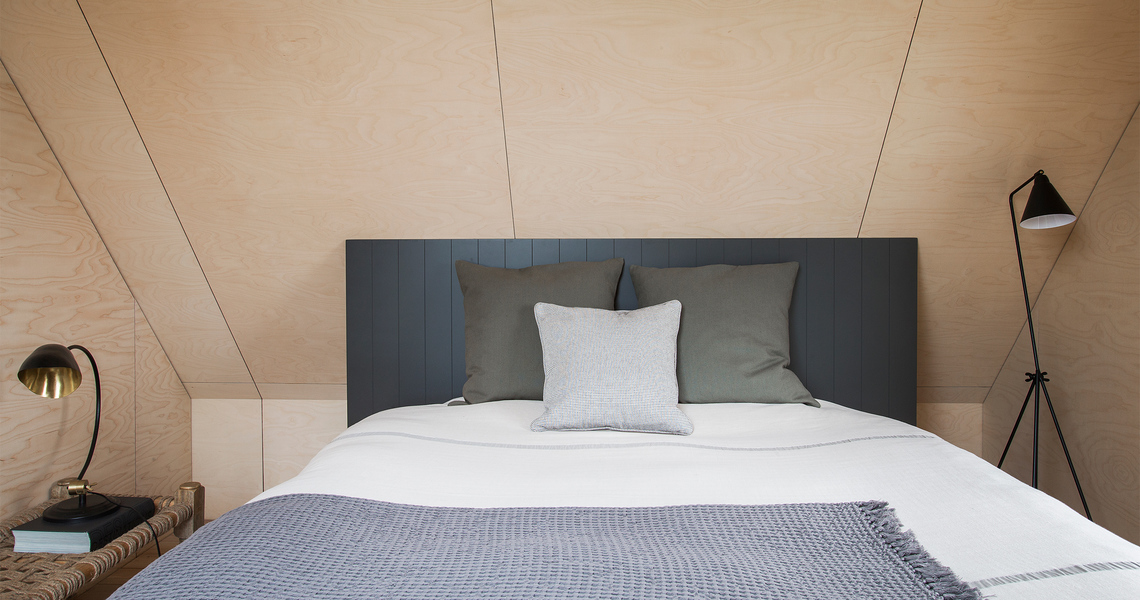 The Barn House has caught the eye of the two hosts, Rut and Kristinn Arnarson, since it was built in 2010. They were visiting one of their favorite restaurants in the fishing village of Stokkseyri.

When it was up for sale in 2015, it was acted quickly. The house previously belonged to an elderly couple - the husband was once a sailor - and was built in collaboration with their son, who in turn is an architect and designed the house for his parents. Kristinn suspects that this is the reason why the house has both exterior and interior elements of a barn and a ship.

The two-storey barn house covers 105 m2, offers three bedrooms, a living room with balcony and an open and fully equipped kitchen. After the hosts bought the house, Rut, who is the interior designer, took over the modern and tasteful redesign of the rooms. The result is a mixture of Scandinavian furniture and Japanese elements, which is completed by the interior walls made of knot-free plywood. There was also a wooden, geothermal whirlpool on the terrace.

The house offers a breathtaking view of the sea of the south coast of Iceland and the coast. The lava coast here extends a few hundred meters to the ocean, and is part of the largest single lava flow since the post-glacial period that can only be seen on this coast of Iceland. Occasionally, guests can spot seals on the lava. The proximity to the Atlantic Ocean and the sound of the strong, mighty waves create a picturesque atmosphere that can be felt in the house as well as when walking on the golden sandy beach directly from the house.

ArchitectureThe wood on the outside is made of Siberian larch, which grew east of the Ural Mountains. The wood has received its gray color through weathering and is deliberately not treated with paint or wood protection. Due to the slow growth of the trees, the wood is rich in natural resins that protect it from mold and tree diseases. The interior walls of the house are clad with high-quality, knot-free plywood that has been coated with an environmentally friendly protective agent to prevent it from yellowing. The ground on the first floor is coated with terrazzo shell sand from the beach of the Stokkseyri coast. The walls in the courtyard are made with peat and lava from the area. The stone and peat wall facing the sea is more than 100 years old.

SocialThe staff, who come from the nearby town of Hveragerði, take care of cleaning the various houses that Rut and Kristinn run. The hosts offer them a kind of exchange system in which the cleaners from the different houses can stay overnight in a different holiday home once or twice a year. In addition, the hosts support various social projects, such as rescue teams, a blind association and an association that helps chronically ill children.

EnvironmentWhen the Barn House was built, the goal was to make it maintenance-free and environmentally friendly: it has geothermal underfloor heating and geothermal hot water. Guests are asked to separate the rubbish and use their towels several times. In the bathrooms, guests will ﬁ nd soaps and shampoo in Icelandic organic quality.

Stokkseyri is just under an hour from Reykjavik (66 km). You will receive the exact address when booking.